A teaser on Flipkart says that Realme 3i will soon be unveiled in India. It also hints at a stylish design, quality display and camera, big battery capacity. The design of the teaser also hints that it will most probably feature Realme's diamond-cut-like design of the backplate coupled with a purple-blue gradient colour. We know that most of the times claims should be put in context in order to turn out to be more than claims. This context will be unveiled soon with the presentation of the device. One thing is for sure, if the Realme 3i is also a price champion, it will sell well in the local market. 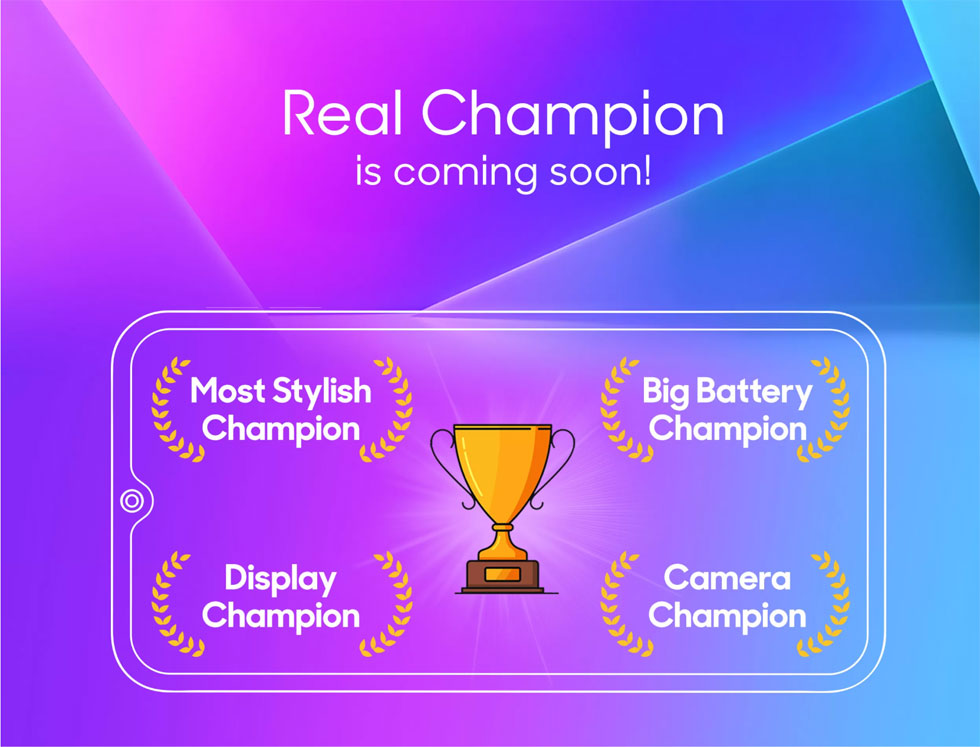 Realme 5i goes official in India, is the same as Realme 5

Realme 5i has just been announced in India. This smartphone has the same specifications as the Realme 5. The only differences are in some design elements. For starters, there's a 6.5-inch HD+ display with 1200:1 contrast and 480 nits typical brightness. The display is sourced either from AUO or Holitech and covers 72% of the NTSC color space. Protection is ensured by a Corning Gorilla Glass 3+. The selfie camera...

Realme X2 Pro and Realme 5s are unveiled in India

The Realme X2 Pro already had two launches - in China and in Europe. Today is the model's launch in India. Its specs are already known. The smartphone has a 6.5-inch Super AMOLED FHD+ display with a 90Hz refresh rate and 135Hz sampling rate. It supports HDR10 and 100% of the DCI-P3 colour space. The display features a Goodix 3.0 under-display optical fingerprint sensor. The Realme X2 Pro packs a Snapdragon 855 Plus...

Realme X2 has just been announced in China. This handset employs a combination of 2.5D curved Corning Gorilla Glass for the front and a 3D curved Gorilla Glass 5 for the back. The frame around them is made of aluminium alloy. The front of the device is adorned with a 6.4-inch Super AMOLED display with a resolution of 1080 x 2340. The unit uses a COF bonding technology and has a brightness of around 500 nits. The...

Realme X2 is the Realme XT 730G for China, is similar to Oppo K5

Realme has unveiled on Weibo the main specifications of the Realme X2 which will be announced tomorrow. It looks like this is a re-branded Realme XT 730G, which will debut in India in December. In addition, it also looks identical to the Oppo K5 which is about to be unveiled as well. The only difference is the Realme branded back instead of the Oppo one. Let's go through the Realme X2 specifications. The Realme X2...

Oppo has recently announced three new fast-charging technologies. One of them is the VOOC Flash Charge 4.0, which will debut on the upcoming Oppo K5. TENAA has listed a new Oppo model with code name PCNM00, which is most like the Oppo K5. It looks like this model is very similar to the upcoming Realme XT 730G. At least, both devices share one and the same rear cameras (64MP+8MP+2MP+2MP) and are powered by one and...