The updates of the Mate Xs over the Mate X can be summed up in three points as provided by Huawei - stronger design, superior performance, better experience. For starters, it offers the same 8-inch display when unfolded, a 6.6-inch one, when folded and a 6.38-inch on the other side. However, this time Huawei used a double layer optical polymide, which is "3x more expensive than gold". This means it is now 80% stronger than when a single layer is used. In addition, a robust back-to-back falcon wing design has been adopted for the hinge. It also uses zirconium-based liquid metal, which is 30% harder than titanium alloy.

As long as it concerns the superior performance part, the Huawei Mate Xs is based on the Kirin 990 chipset with an integrated 5G modem. It offers a 23% increase in CPU, 39% in GPU and 460% in NPU performance. It is also 23% more efficient in CPU work, 32% in GPU work and 290% in NPU work. The integrated 5G modem makes Huawei's solution more compact while offering the "best 5G live experience" and "best-in-class mobile AI". The modem also enables the Mate Xs to offer eight 5G bands instead of only four - n1, n3, n28, n38, n41, n77, n78, 79. According to Huawei, the Mate Xs offers 88% faster 5G downlink and 36% faster uplink speeds compared to the Galaxy Fld 5G. In addition, the 4500 mAh battery of the Huawei Mate Xs supports 55W fast charging, which allows it to be re-charged by up to 80% in 30 minutes.

The Huawei Mate Xs runs on EMUI 10 based on Android 10. It has new AOD designs and a new FullView Dark Mode. The model arrives with a new multi-window design for improving multitasking and efficiency.

The model has 8GB of RAM and 512GB of storage and costs €2499. It will be available globally from next month. 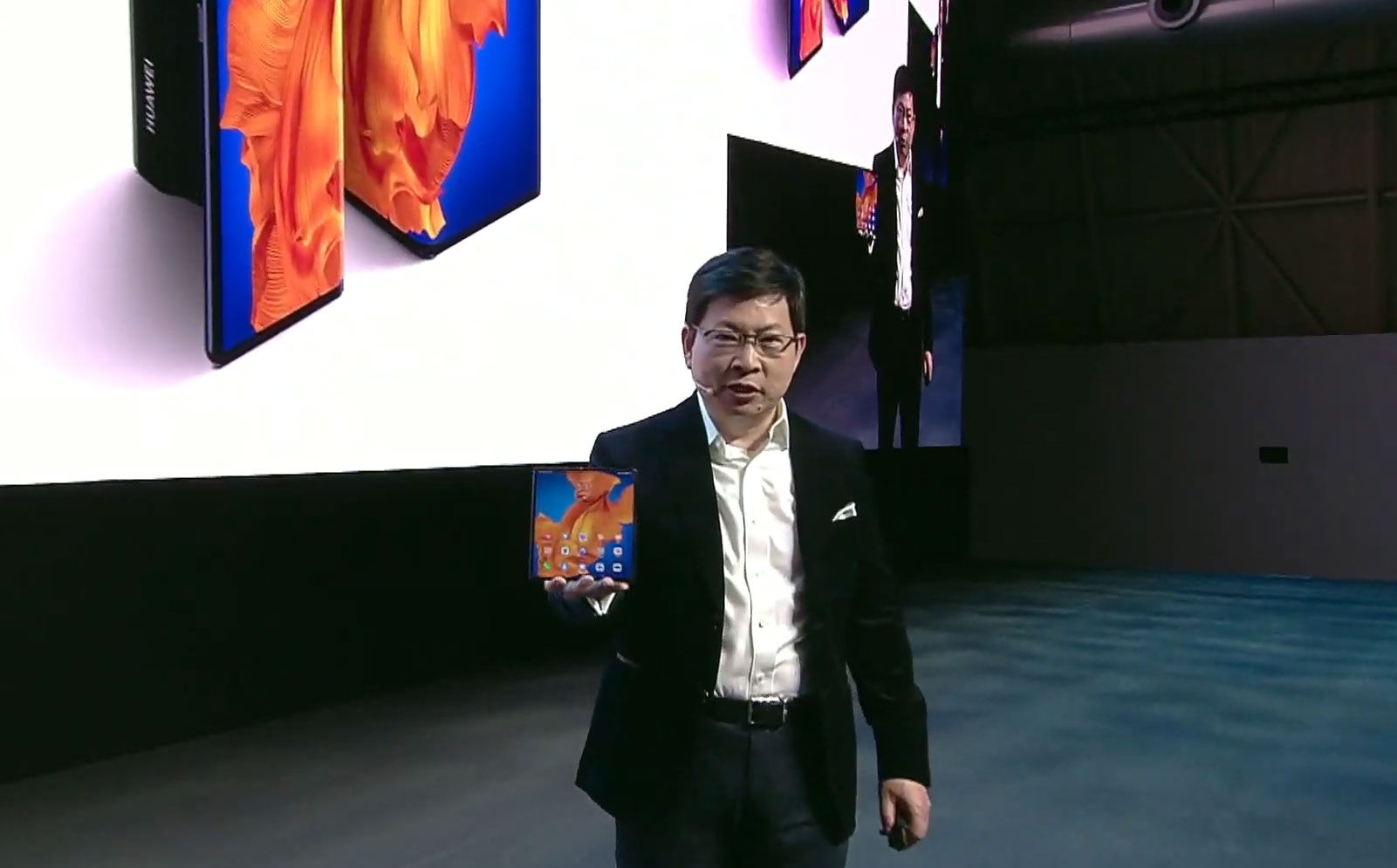 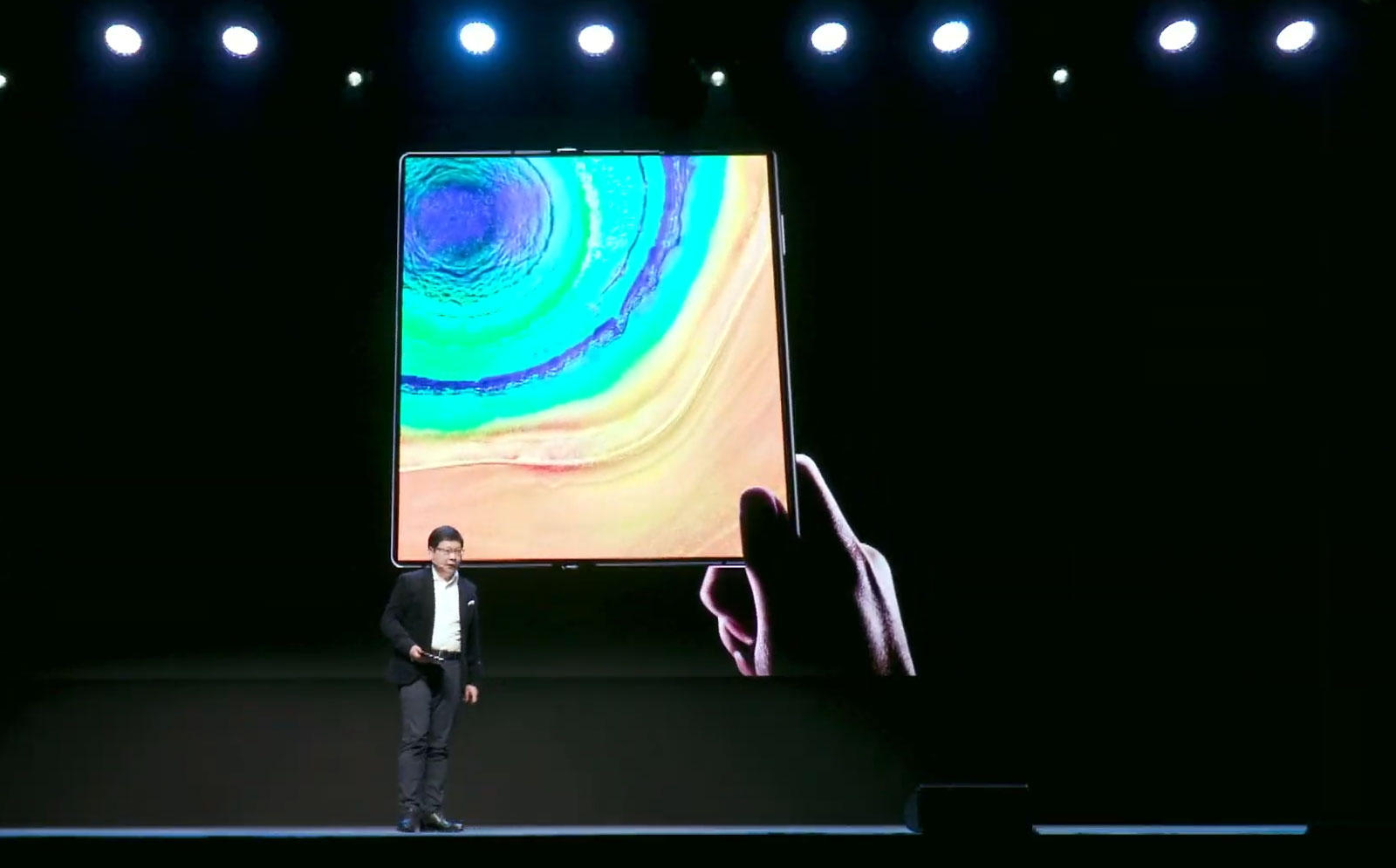 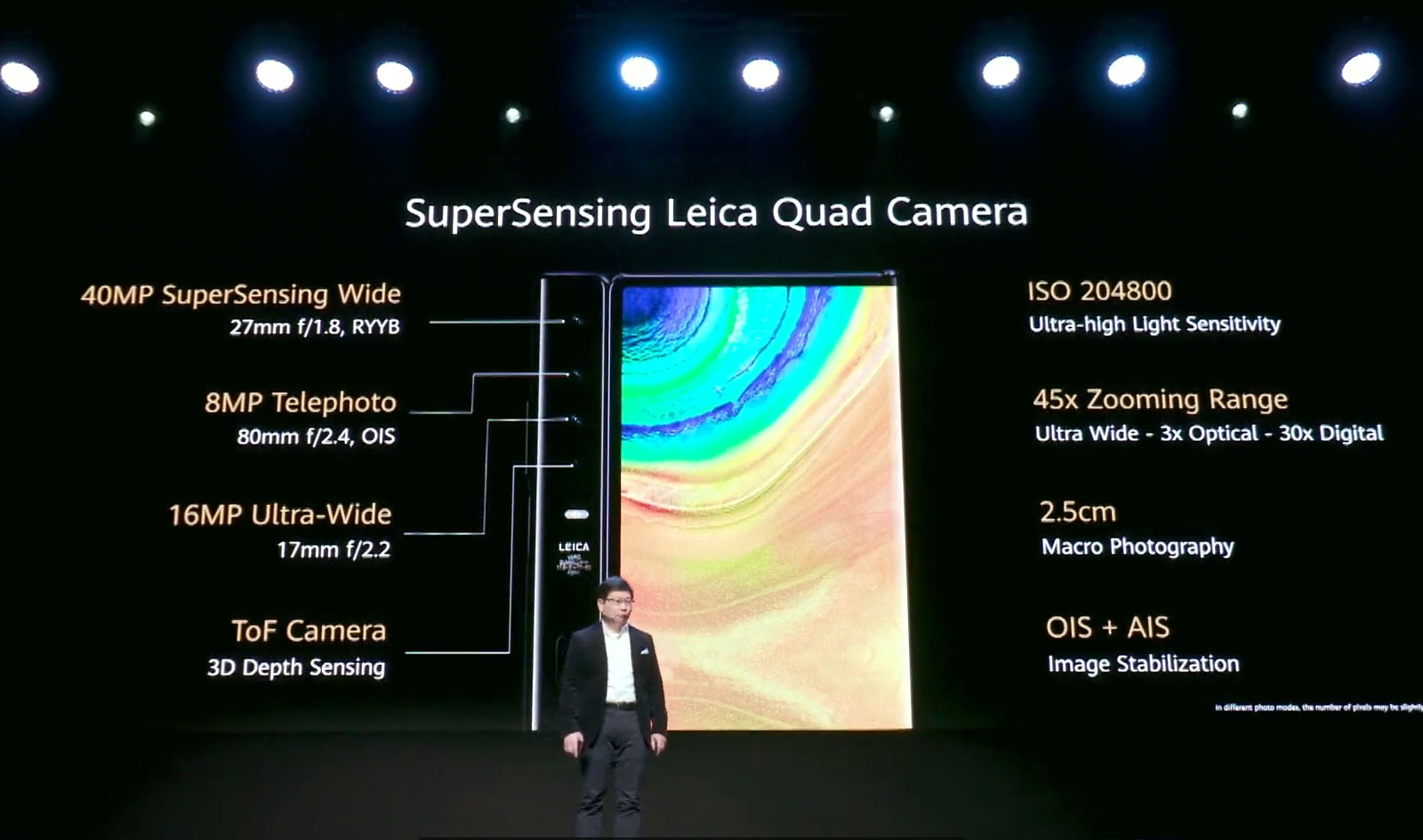 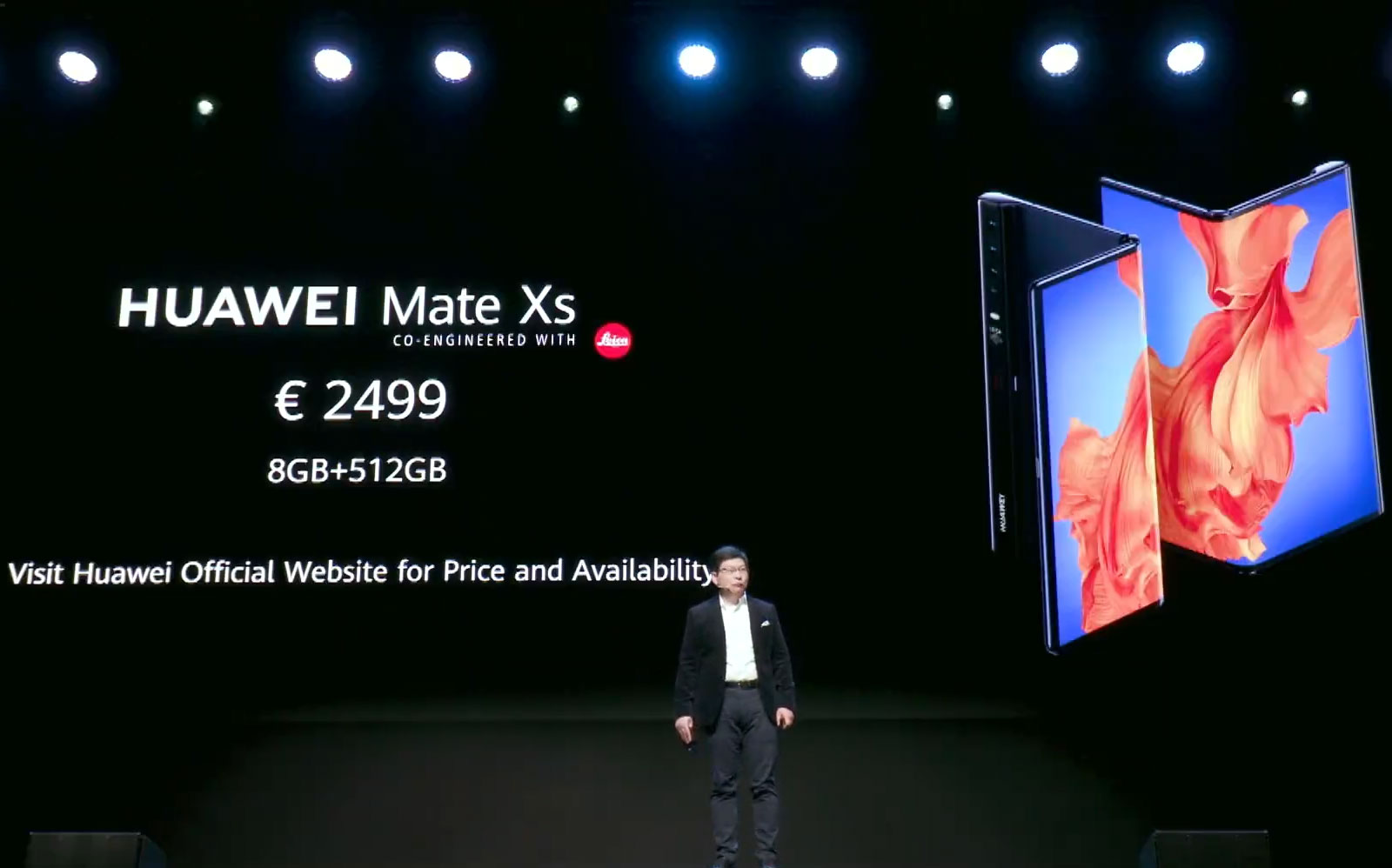 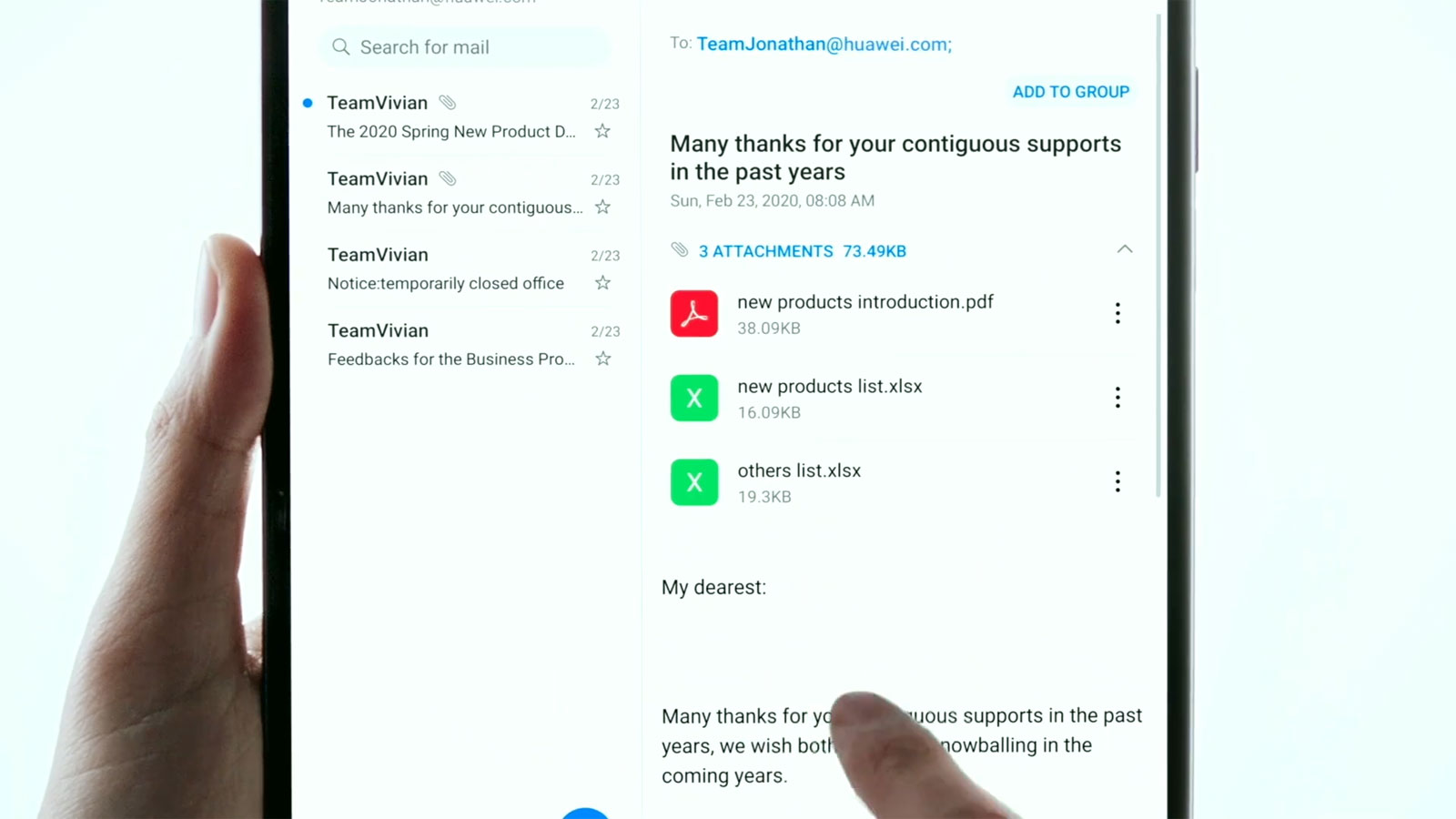 Confirmed: Huawei P40 and Huawei P40 Pro will be unveiled on March 26

During the Mate X virtual presentation, Richard Yu said that the Huawei P40 series will be unveiled on March 26 in Paris. Today, Huawei made that official by publishing an official poster on its website. The poster teases the big camera bump on the back of the handset which is probably the one found on the Huawei P40 Pro Premium - a smartphone that is expected to change how smartphone photography is perceived and...