A Geekbench 4 test page from yesterday unveils that Google is already testing Android Q. The tested device is a Pixel 3 XL and the Geekbench browser shows results that are typical for this smartphone. It also reveals that the handset runs on Android Q. Typically, Google presents its new Android version every year at its developer conference Google I/O. But last year, Google launched Android P before it was officially unveiled to developers. It seems that Android Q will follow the same pattern of an earlier-than-expected announcement. According to previous reports, Google will introduce a feature called "multi-resume" in Android Q, which will allow users to open multiple applications in separate screens and keep them running at one and the same time. 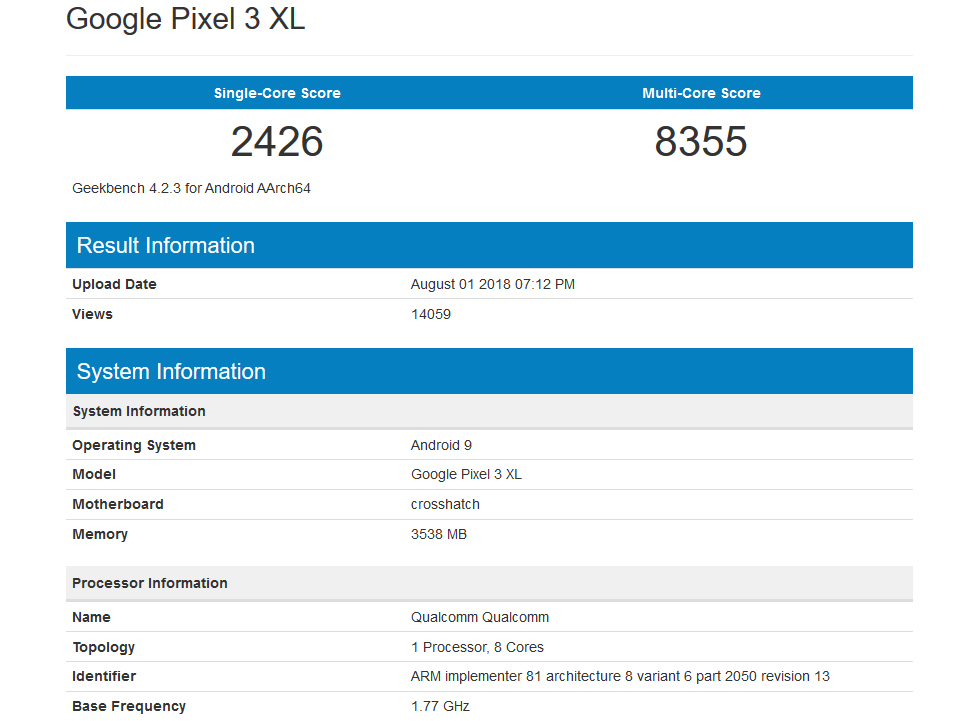