Xiaomi Mi 10 and Xiaomi Mi 10 Pro have just been announced via an online event. The new handsets look a lot like a Samsung Galaxy S device with their 3D curved displays and backs. With MIUI 11's Settings Menu, which also copies a lot from Samsung's One UI 2.0 it is very clear who Xiaomi looks up to. The main difference between the two models is in the rear camera setup.

Both smartphones have a 6.67-inch AMOLED display with 90Hz refresh rate and 180Hz sampling rate. According to Xiaomi, the peak brightness can reach 1120 nits on the Mi 10 and 1200 nits on the Mi 10 Pro version. It has been explicitly stated that there are two front and two rear light sensors in order to improve the automatic brightness feature on the devices. Compared to the Mi 9, the Mi 10 series has reduced the bottom bezel to offer an increased screen-to-body ratio. The 3D display is the main difference for the front design, while the back remains largely unchanged despite adding a fourth camera sensor. In addition, the selfie camera now resides in a punch hole in the top left corner of the screen, instead of in a centrally placed notch like on the Mi 9.

Xiaomi Mi 10 and Xiaomi Mi 10 Pro are available for pre-order now. The first starts shipping on February 14 and the second - on February 18. Availability outside China is yet to be announced. 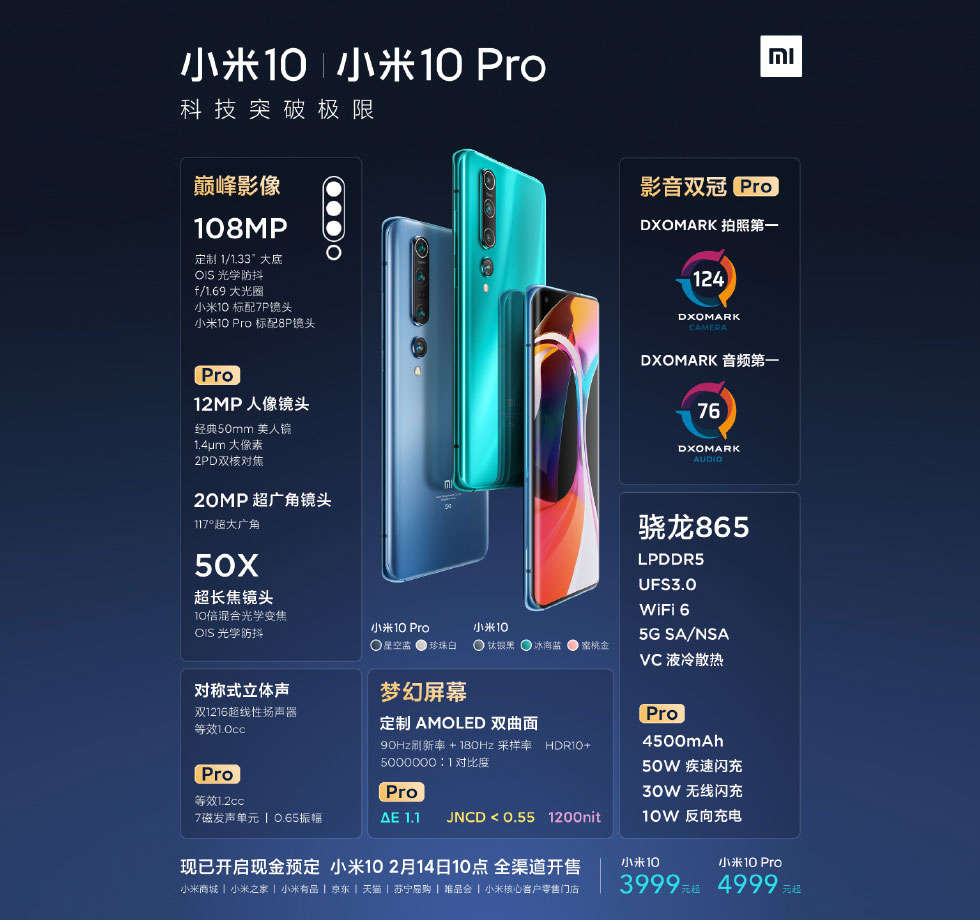