As of today, India is under lockdown because of the COVID-19 outbreak in the country. Several scheduled smartphone debuts have been cancelled. These include:

"With respect to the announcement made by our Honourable Prime Minister yesterday, we have decided to suspend all upcoming launches including #realmeNarzo series. Time for us to focus on our family & ourselves. Stay at home, stay safe & cooperate with local authorities."

"After careful deliberation, we have taken the decision to postpone the launch of Xiaomi's flagship Mi 10 in India, which was scheduled on 31st March, 2020. We are evaluating the situation and will release a revised launch date soon." 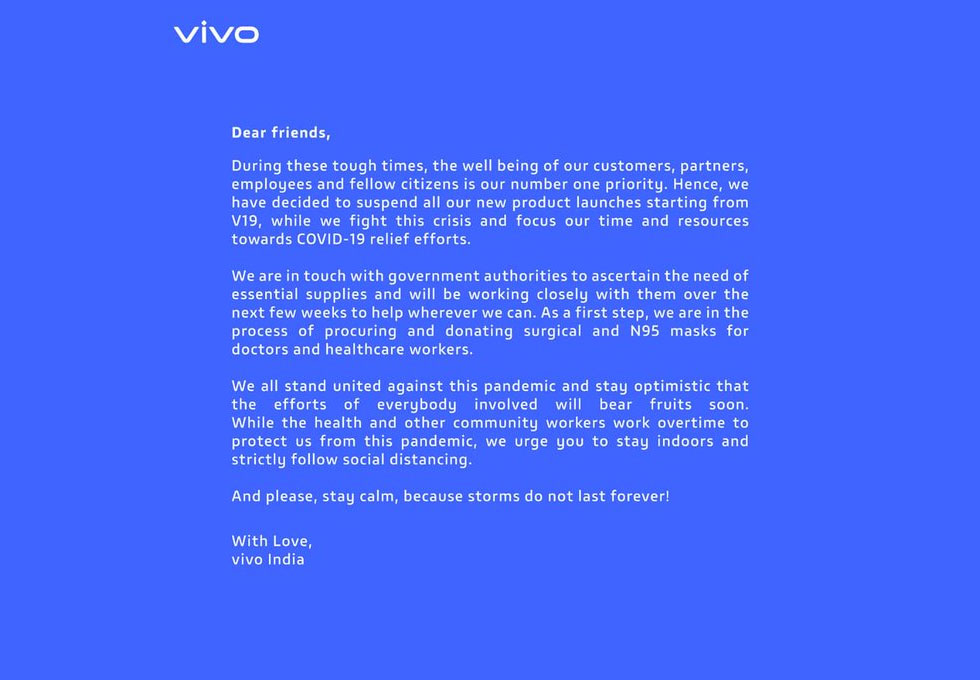