AGM does take part in the MWC 2018 in Barcelona but did not announce the AGM X3 as expected. Instead, it has unveiled partially the model's specifications and the information that the model will be announced/released in the summer of 2018. So here they are: AGM X3 will be built around a 5.99-inch 18:9 display with a JDI or AMOLED panel. The resolution remains unknown but most probably AGM will stick to the FHD+ resolution as the one on the AGM X2. The device will be based on a Snapdragon 845 mobile platform combined with 6/8GB of RAM and 64/128GB of internal memory. It will also feature two rear cameras - 24MP+12MP, while on the front a 20MP selfie snapper will sit supporting Face Unlock. A fingerprint sensor and support for wireless charging, Quick Charge 3.0, BT 5, and NFC are also mentioned. Even though these details are provided from AGM we have a reasonable doubt that all of them will actually find a place in the final device. A similar thing happened with the AGM X2, which was pre-announced with high-end specs (SD 835, QHD display, etc.) but ended up having mid-range specifications. Its siblings (AGM X2 Pro and AGM X2 Max ) that sport higher-end specs are actually not released to the market. Hopefully, there won't be delays in the actual announcement and release and all details will become known in the summer. 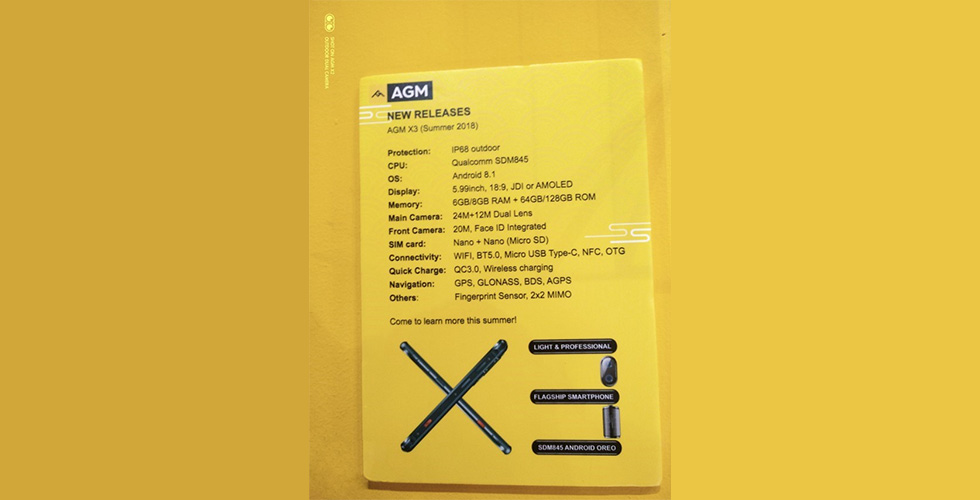 Източник
AGM Glory: how a smartphone breaks the dead-point of -40°C