The official launch of the LG W series of smartphones in India is a fact. The Korean giant announced a trio of new models - LG W30 Pro, LG W30 and LG W10. Each of the three models has a 4000 mAh battery with no fast charging. All support face unlock and have rear-mounted fingerprint sensors, Micro-USB 2.0 ports and 3.5 mm audio jacks. In addition, each runs on pure Android 9 Pie with Google Launcher, Google Assistant, Digital Wellbeing, etc.

LG W30 Pro is based on a Snapdragon 632 with 4GB of RAM and 64GB of expandable storage. Its camera department includes a 16MP selfie snapper and three rear shooters - a 13MP main camera with 2x zoom, a 5MP depth sensing unit and an 8MP wide-angle one. The smartphone has a 6.26-inch FullVision IPS display with an HD+ resolution, 19:9 aspect ratio and a waterdrop notch. It supports StereoPulse sound, dual 4G VoLTE.

LG W30 has the same display as the W30 Pro and packs a MediaTek Helio P22 system-on-chip with 3GB of RAM and 32GB of expandable storage. Its camera department includes three rear snappers - a 12MP Sony IMX486 main camera, a 2MP depth sensing unit and a 13MP wide-angle one. On the front, there's a 16MP selfie camera. The model is available in Aurora Green, Thunder Blue and Platinum Grey colours.

LG W10 has the same chipset, RAM and storage as the W30. In addition, it is equipped with an 8MP front camera with a LED flash and two rear snappers - a 13MP main one plus a 5MP shooter for depth sensing. They are aided by 2x zoom, PDAF and LED flash. The model features a 6.19-inch FullVision IPS display with an 18:9 aspect ratio and a wide notch. It is available in Tulip Purple and Smokey Grey colours. For all three models, LG offers a software feature that allows you to customize the looks of the notch. 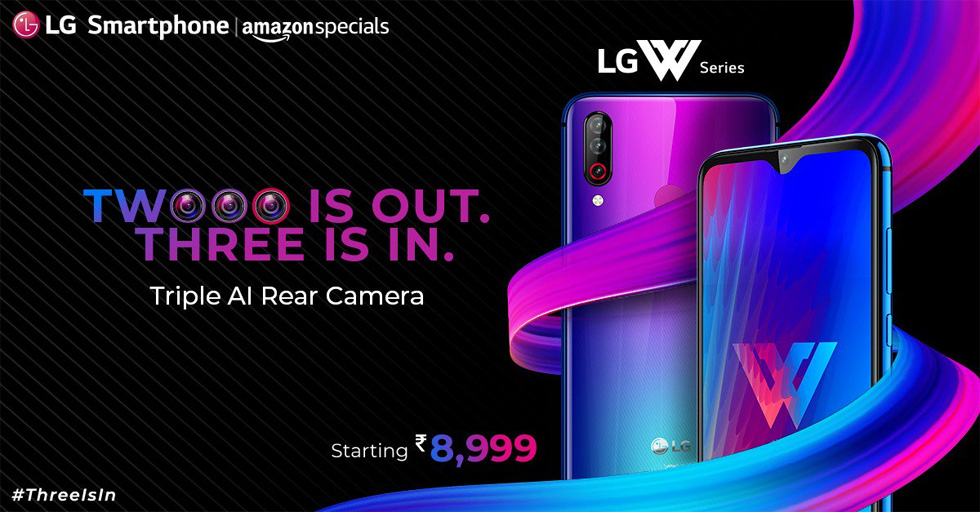