MediaTek has announced at a dedicated event the Dimensity 820 5G chipset and Xiaomi's VP, Lu Weibing took the stage to unveil that the upcoming Redmi 10X will be the first smartphone to use this chipset which scores more than 400,000 points on AnTuTu.

The MediaTek Dimensity 820 5G is built after then 7nm TSMC process. It houses an octa-core CPU with four 2.6GHz Cortex-A76 cores and four Cortex-A55 cores. According to the announcement, the single-core score of the chipset is 7% higher than that of Snapdragon's 765G SoC and the multi-core outperforms it by 37%. The GPU of the Dimensity 820 5G employs a Mali-G57 MC5 GPU and uses the same Valhall architecture as the Dimensity 1000+, the independent APU 3.0 AI processor, which improves face recognition, image quality, video quality, and gameplay.

The MediaTek Dimensity 820 5G features the world's most advanced M70 5G baseband and supports dual-card 5G NSA and SA, 2CA, and exclusive UltraSave 5G power-saving technology. The rest of the features of the new system-on-chip include MediaTek's Imagiq 5.0 image processing technology, quad-core HDR-ISP for up to 80MP multi-camera combos and 4K HDR video shooting, and the MediaTek MiraVision image quality engine, which supports a maximum screen refresh rate of 120Hz and HDR10+. 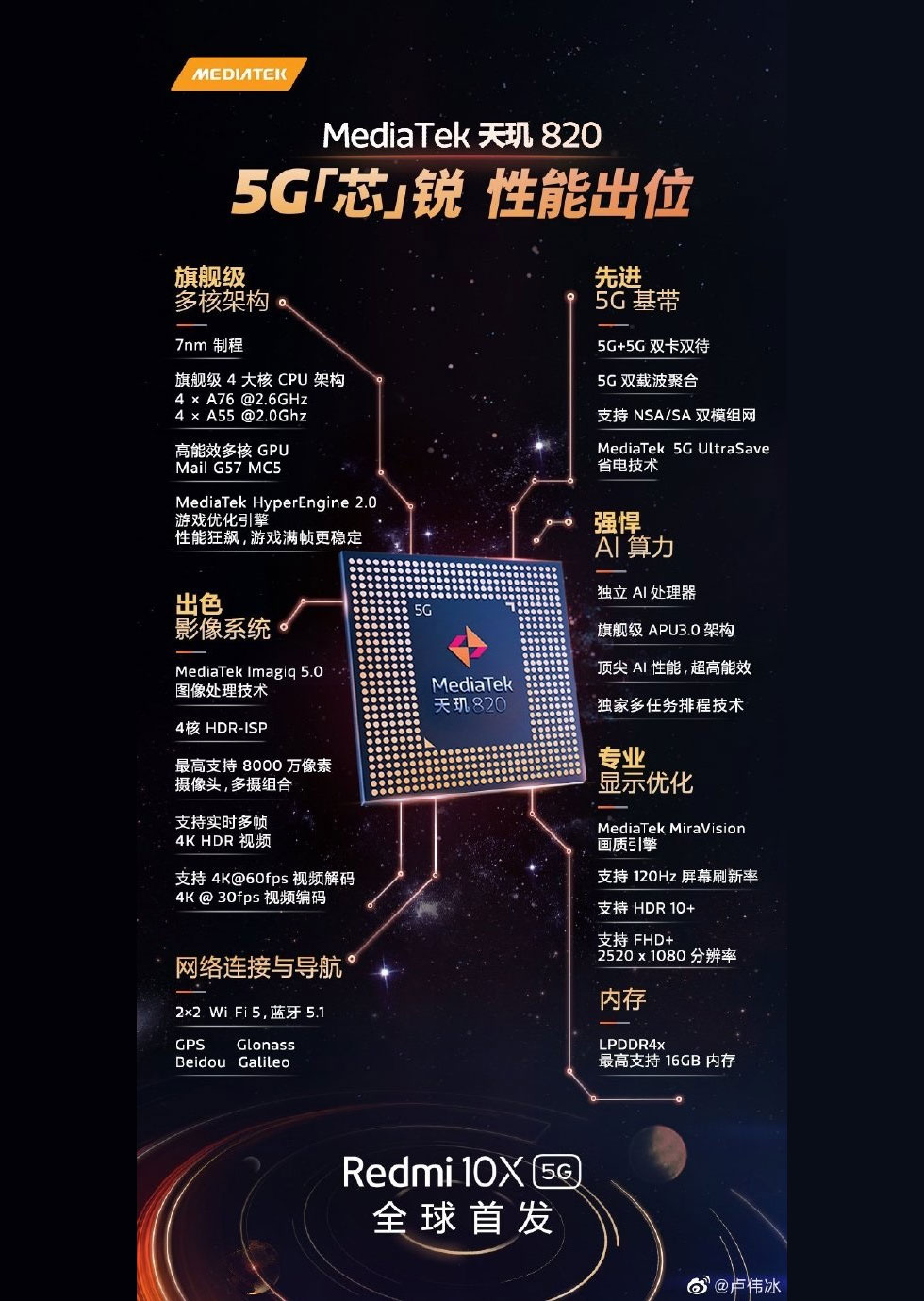