Realme has launched the Realme X50m 5G in China. The model is available in Starry Blue and Galaxy White colors and costs CNY 1999 (USD 282) for the 6GB+128GB version. There's an 8GB+128GB variant as well.

In its essence, the Realme X50m 5G is a slightly downgraded version of the Realme X50 5G. The downgrade is in the camera department with the new model having a 48MP main shooter and a 2MP secondary front camera. Everything else is the same, including the dimensions and design. The handset has a 6.57-inch IPS display with an FHD+ resolution and 120Hz refresh rate. It is based on a Snapdragon 765G chipset with a liquid cooling system, 5G NSA and 5G SA support. Power is supplied by a 4200 mAh battery with 30W fast charging.

The Realme X50m 5G goes on sale in China on April 29. International availability is not mentioned so far. 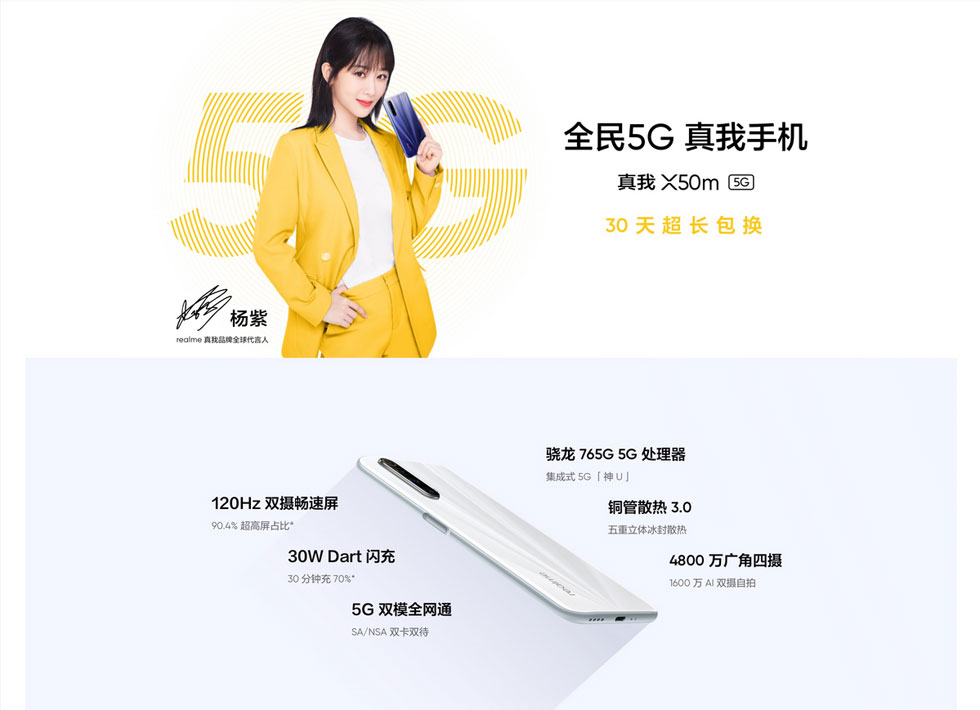 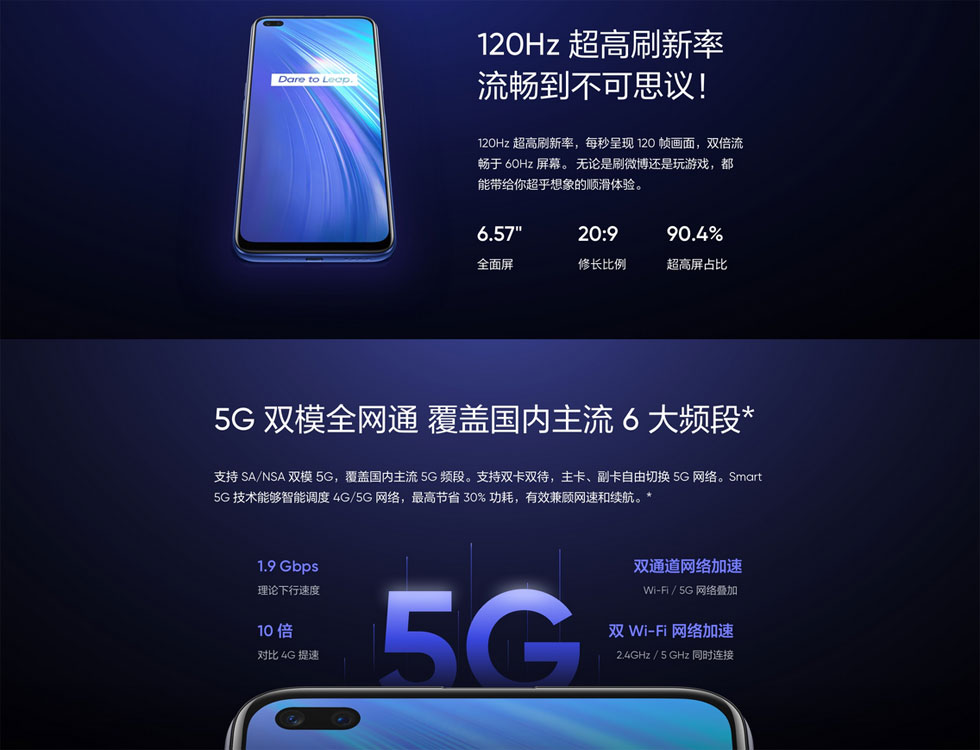 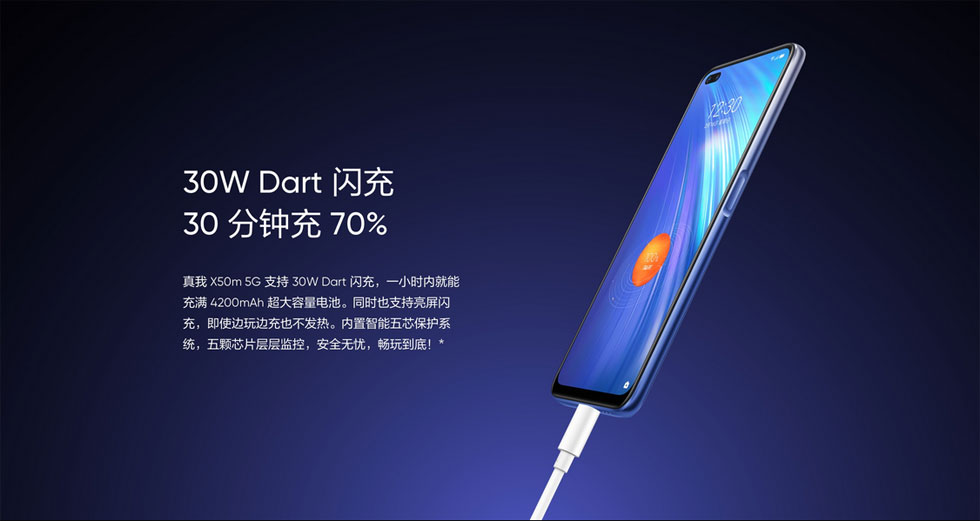