The Samsung Galaxy A51 5G (SM-A516N) has received a Wi-Fi Alliance certification and the listing plus the support page unveil most of the device's specifications. All in all, the 5G version of the model is the same as the 4G version except for the chipset. While the Samsung Galaxy A51 4G is based on an Exynos 9611 chipset, the Samsung Galaxy A51 5G houses an Exynos 980 chipset, just like the Vivo X30 series. All the rest should be pretty much the same, including the 6.5-inch AMOLED display with FHD+ resolution, in-display fingerprint sensor, 32MP front camera, four rear shooters with a 48MP main one, a 4000 mAh battery, etc. 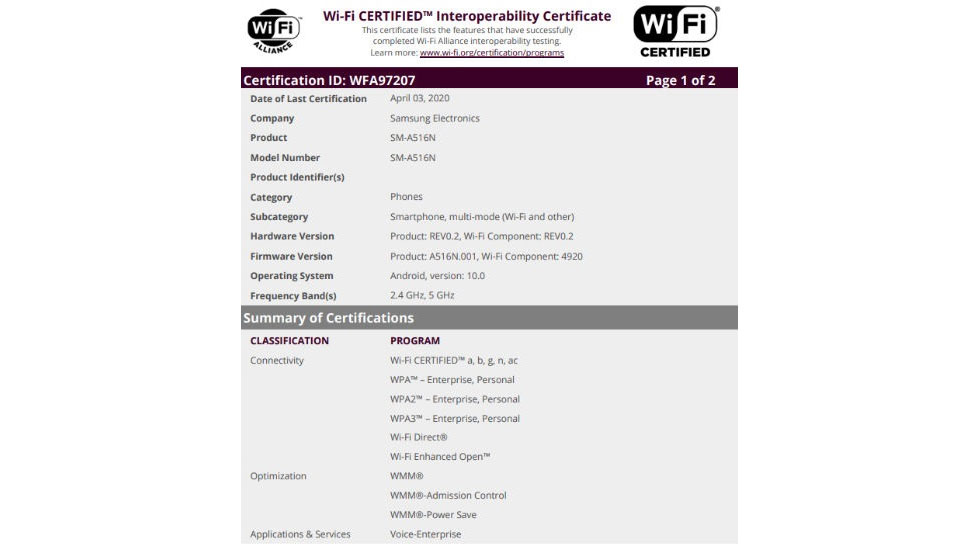