Xiaomi continues with the Mi 10 series leaks even though we're just three days from the official announcements. The latest information which comes from Xiaomi's Weibo page is that the Mi 10 will feature a whole-body three-dimensional heat dissipation design. It includes 1) sufficient materials to ensure quality heat dissipation - oversized VC (3000 sq.mm.), oversized graphite, core flagship graphene; 2) more accurate software control increased by four points (from 1 to 5); 3) use of AI for dynamic adjustment of the thermal design. This info has also been adjoined by the first official poster of the Mi 10.

Earlier leaks have shown that the Mi 10 5G will have a Snapdragon 865 chipset with 5G support. It will also feature a 108MP main camera with 8K cinema capability, 50x zoom, balanced stereo. The handset will have a 3D curved front and back, with a punch hole in the top left corner of what is expected to be an AMOLED display. Xiaomi Mi 10 5G will be the first smartphone to support 8X8 MU-MIMO. The entire Mi 10 series will support Wi-Fi 6 and will feature LPDDR5 RAM (sourced from Samsung and Micron), UFS 3.0 type of storage. The Mi 10 series is scheduled for an official announcement on February 13th. The European launch will be held ten days later - February 23 as part of the MWC 2020 in Barcelona. 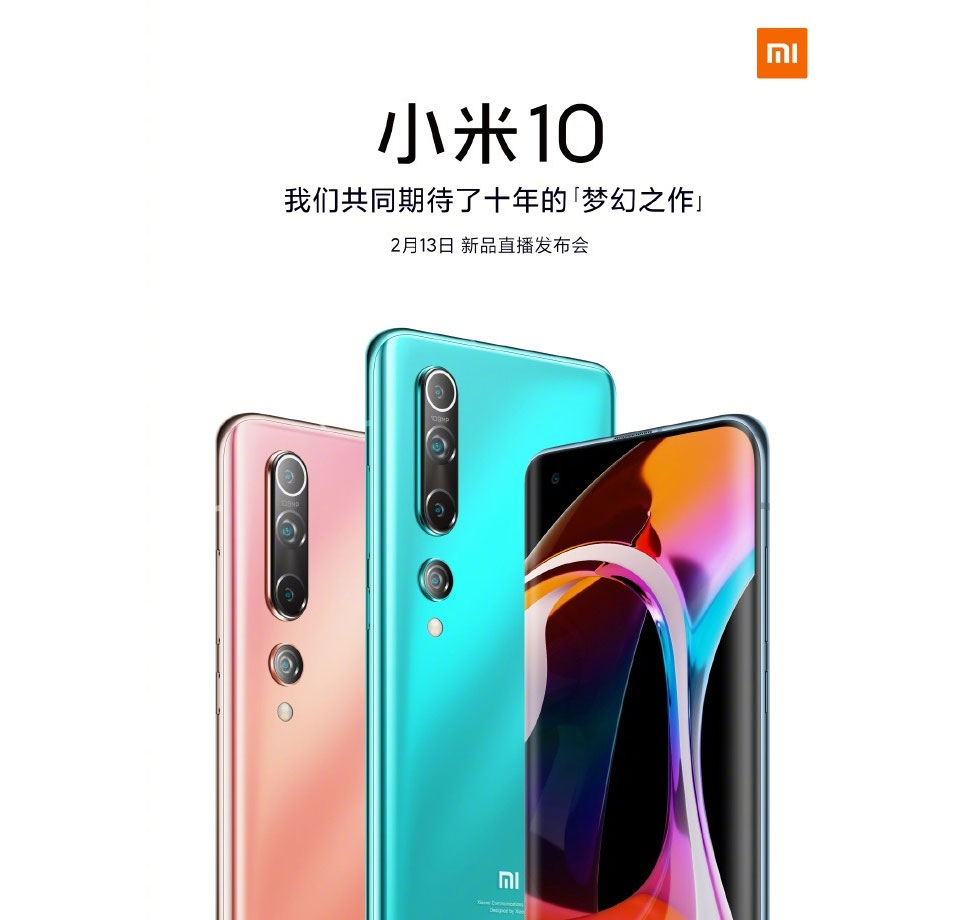 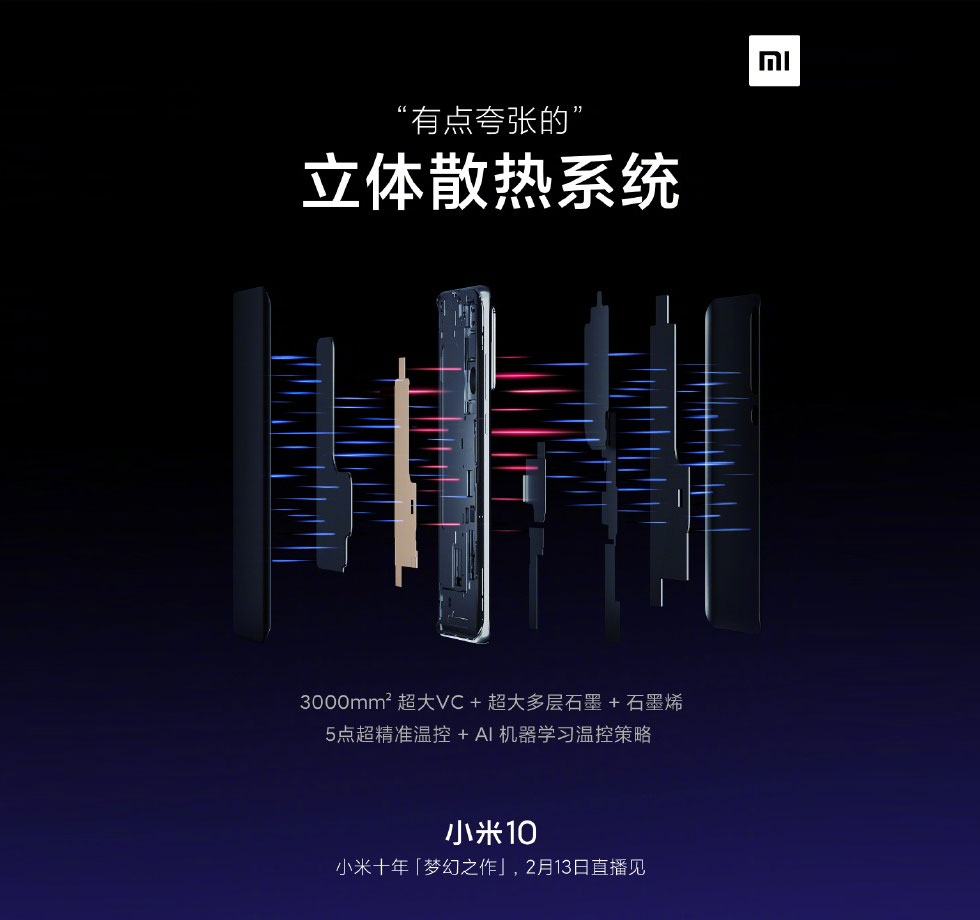