LetsGoDigital has found out LG patents for names of foldable smartphones. In October last year, LG's CEO said that they are working on a foldable smartphone but at that moment it was too early for the company to join the trend. In November 2018, LG registered several trademarks such as LG Flex, Foldi, Duplex and Bendi. Now, there are two new trademark applications in Korea which seem to be for LG foldable smartphones. These are the Folds and the Arc trademarks. They are already approved. 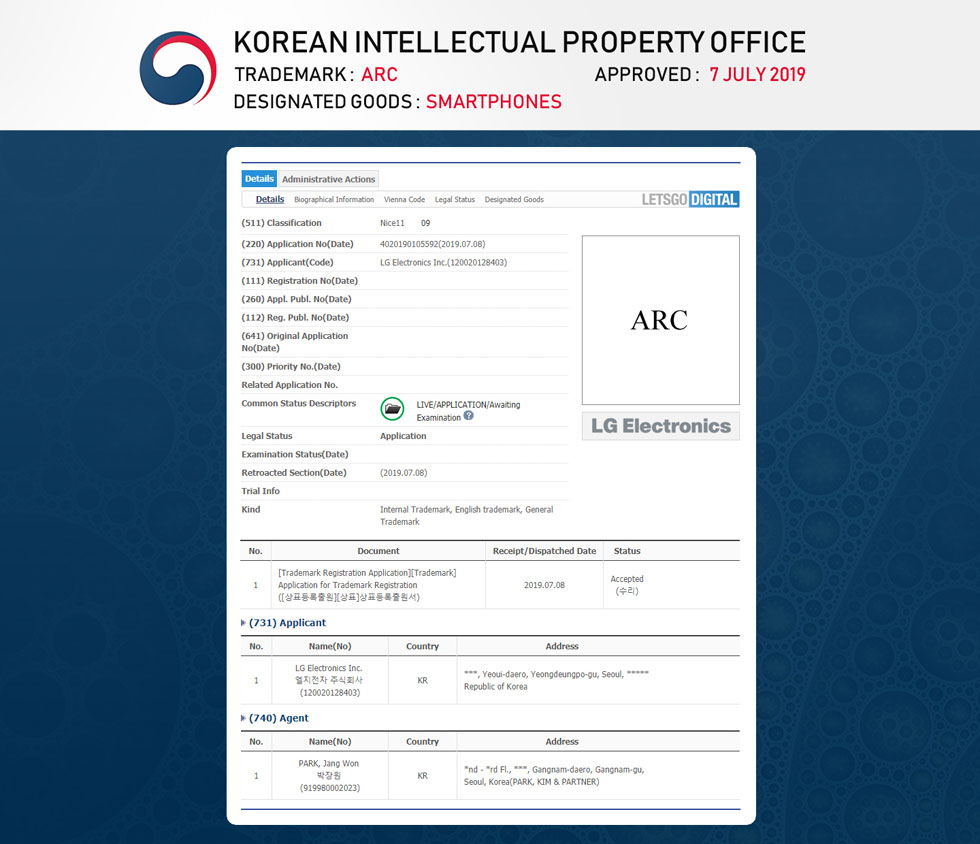 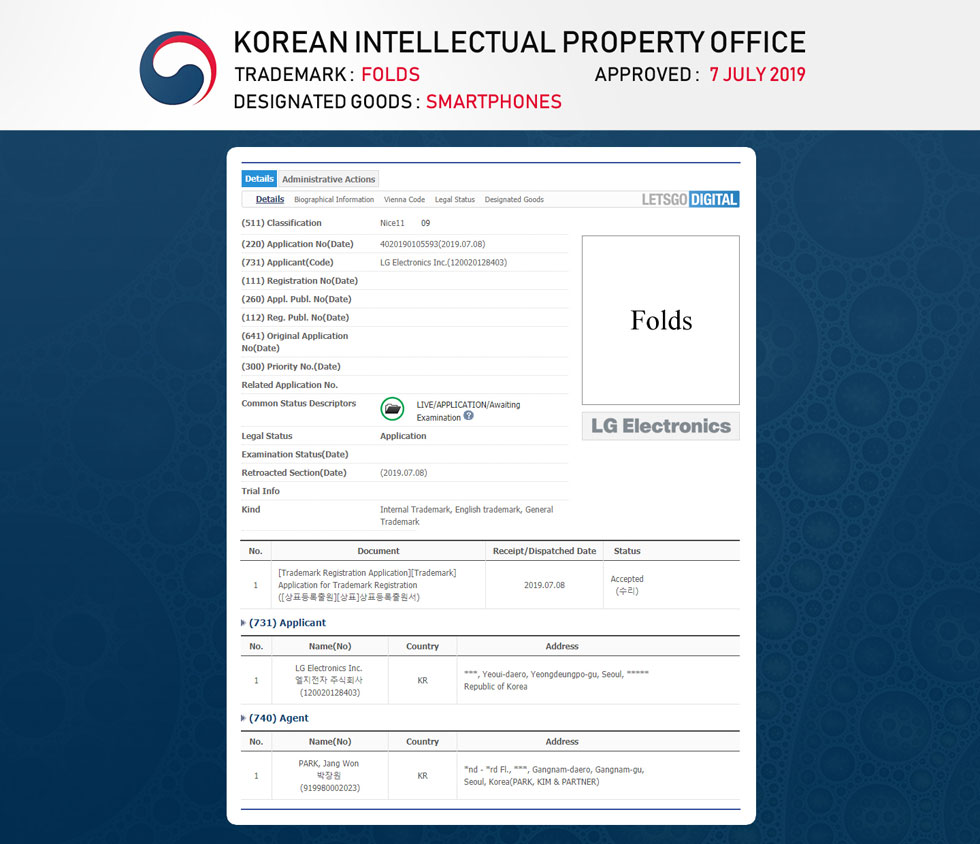 In 2020, Samsung will launch a smartphone with an under-display camera

The Elec reports that according to industry sources, in 2020, Samsung will launch a smartphone with an under-display camera. The name of the under-display camera module is HIAA2 and it is based on the vacuous chambers from Wonik IPS, attached to laser systems Philoptics. It is expected that it will enter mass production later this month at Samsung's Asan 1 Campus in South Chungcheong. At present, this facility...

Samsung launches the Galaxy Fold 5G in the UK via EE

Samsung has announced that the Galaxy Fold 5G will be available in the UK via EE starting September 18th. It can be experienced at Samsung KX, Harrods and Selfridges. Available in Cosmos Black and Space Silver, the 5G version of the Galaxy Fold supports 5G NSA bands thanks to the Snapdragon X50 modem added to the Snapdragon 855 chipset. EE's 5G network is currently operating in London, Birmingham, Manchester...

As of today, the Galaxy Fold is available for purchase in South Korea, which will be followed by France, Germany, Singapore, U.K., U.S., and other markets. Galaxy Fold 5G will also be available in select markets. The available colours include Cosmos Black and Space Silver. During the past few months of Samsung not only "improved the Galaxy Fold's design and construction, but also took the time to rethink the entire...