Huawei is currently holding its big press conference dedicated to the Kirin 810 chipset and the nova 5 series of smartphone. First comes the new HiSilicon system-on-chip which is based on TSMC's 7nm process. The SoC houses an eight-core CPU with two clusters. The performance one includes 2x Cortex-A76 cores clocked at 2.27GHz and 6x Cortex-A55 cores clocked at 1.88GHz. The graphics department is managed by an ARM Mali-G52 GPU. The chipset also has a dedicated NPU.

Now its turn for the new identity of the nova brand which revolves around delightful design and striking selfies. Huawei nova 5 Pro is built around a 6.39-inch OLED screen with an FHD+ resolution and an in-display fingerprint sensor. Full-range DC dimming and 108% coverage of the DCI-P3 colour space are supported. The smartphone is based on a Kirin 980 chipset and runs on EMUI 9.1.1 based Android 9 Pie. The model has a quad-camera module on its back with a 48MP main one and an f/1.8 lens (6-element), a 16MP superwide camera with a 6-element lens, a 2MP depth sensor with an f/2.4 aperture and 3-element lens and a 2MP macro lens with an f/2.4 aperture and a 3-element lens. Obviously, the cameras have extensive AI-supported features, which are presented in detail. On the front, there's a 32MP camera with an f/2.0 lens. Power is supplied by a 3500 mAh battery with 40W SuperCharge charger. The nova 5 has almost the same specs but is based on a Kirin 810 chipset. The RAM+storage configuration for the nova 5 is 8GB+128GB, while for the nova 5 Pro there are two variants - 6GB+128GB and 8GB+256GB.

Huawei nova 5i offers a mid-range set of specifications. It features a 6.4-inch FHD+ display and four rear cameras - a 24MP, an 8MP, and two 2MP units - one dor depth sensing and the other for macro. The front camera has a 24MP sensor as well. The selfie shooter is located in a punch-hole in the top left corner of the display. A 4000 mAh battery with 10W charging keeps the lights on. The model also packs a rear-mounted fingerprint sensor. Under its hood, a Kirin 710 chipset ticks paired to 8GB of RAM and 128Gb of storage. The device arrives with Android 9 Pie on board topped by EMUI 9.1.

Finally, Huawei announced the M6 series of tablets. It includes two models - a 10.8-inch and an 8.4-inch one. Both have 2K displays with screen enhancement technologies, four-channel stereo sound, and Kirin 980 processor with GPU Turbo 3.0. 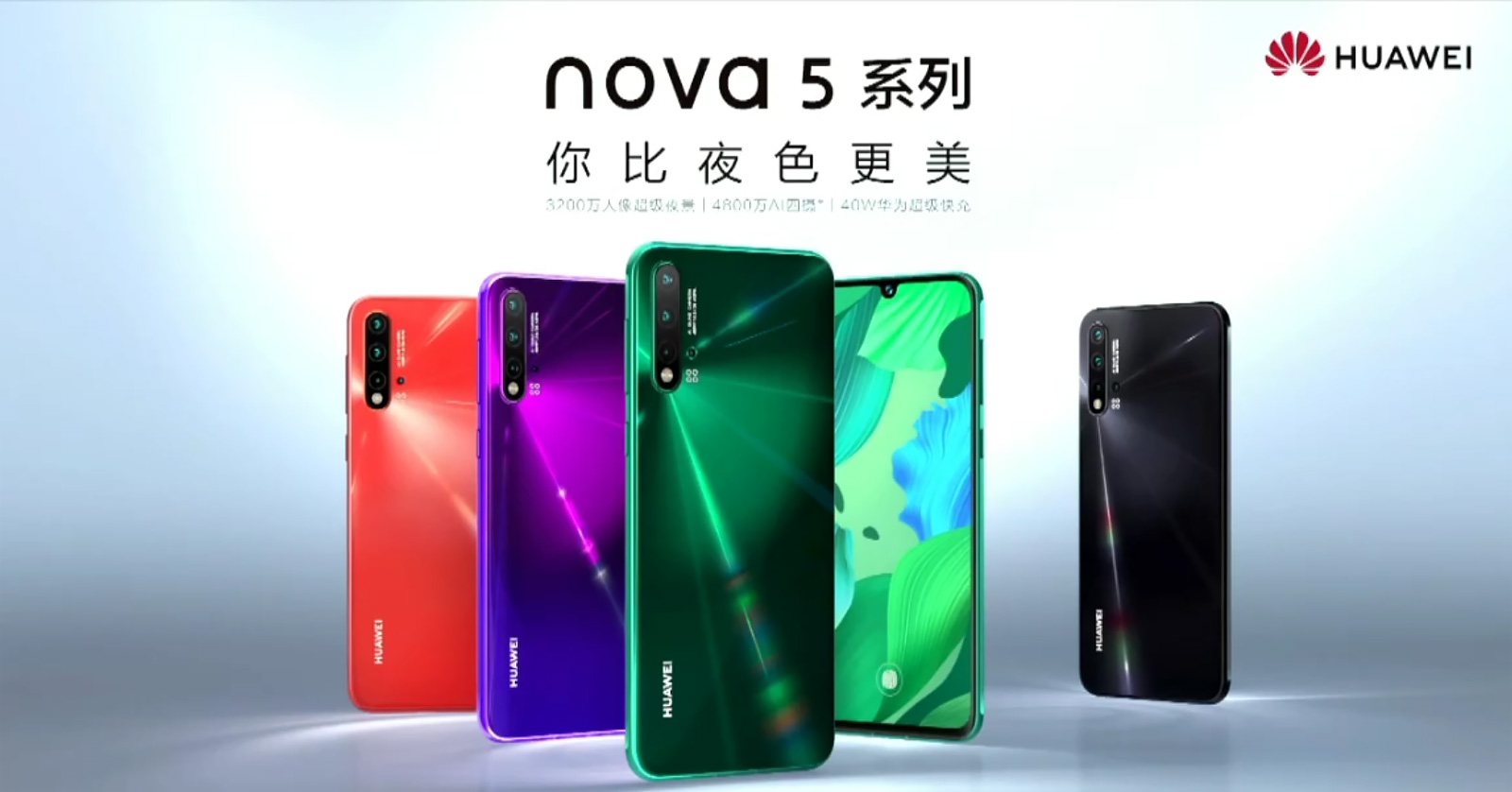