In addition to the Redmi 10X 5G and the Redmi 10X Pro, Xiaomi unveiled the Redmi 10X 4G. This smartphone has a 6.53-inch in-cell IPS display with an FHD+ resolution, 430 nits brightness and Corning Gorilla Glass 5 for protection. The smartphone is powered by a 5020 mAh battery with 18W fast charging and 9W reverse charging via the USB-C OTG function. A MediaTek Helio G85 chipset ticks under the hood paired to 4GB/6GB of LPDDR4X RAM and 128GB of UFS 2.1 storage (expandable). The camera department includes a 13MP front-facing camera which resides in a punch hole placed in the top-left corner of the display. On the back, there are four shooters - a 48MP main one, an 8MP ultra-wide snapper with 118-degree FoV, a 2MP depth-sensing unit and a 2MP macro lens. The Redmi 10X 4G arrives with MIUI 11 out of the box but will be upgraded to MIUI 12 in a couple of months. It supports BT 5, dual-band Wi-Fi 802.11ac and has a USB Type-C port along with a headphone jack. The basic version of the model - 4GB+128GB costs only CNY 999 (EUR 128). 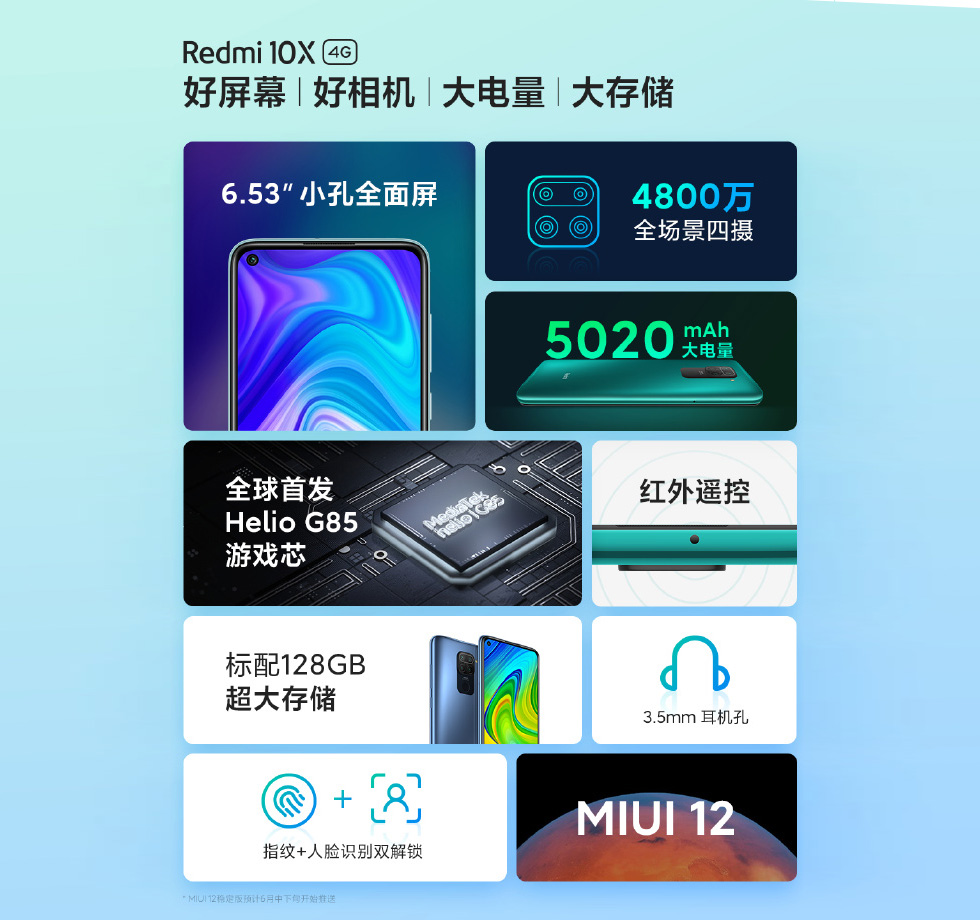