LG X6 continues LG's X series of budget smartphones by introducing triple rear cameras to the lineup. It has just been announced in South Korea, priced at KRW 349,800 (USD 296) and will probably have an international launch as well. The triple rear module on LG X6 includes a 16MP primary shooter, an ultra-wide camera with a 120-degree angle of view, and a depth-sensing unit

In addition, the model features a 6.26-inch display and a 3500 mAh battery. It packs a Digital-to-Analog Converter (DAC) that reproduces 32-bit high-resolution sound source without loss and supports DTS: X technology that creates the stereoscopic effect of up to 7.1 channels regardless of your earphone type. There are 64GB of storage on board. The model supports NFC and runs on Android 9 Pie with LG's overlay on top, including Google Assistant.

Finally, LG X6 has is resilient to thermal shock, humidity, vibration and shock, covering the corresponding military standard MIL-STD 810G. It has a rear-mounted fingerprint sensor and is available in black and teal colours. Lee Seung-jin, LG's mobile marketing manager, said, "Customers will have reliable mobile experience with a solid base and differentiated camera performance."

The press release does not mention the chipset and RAM but an earlier leak on Geekbench of an LG model coded LM-X600IM which is supposedly a version of the LG X6 packs a Snapdragon 625 system-on-chip and 4GB of RAM. 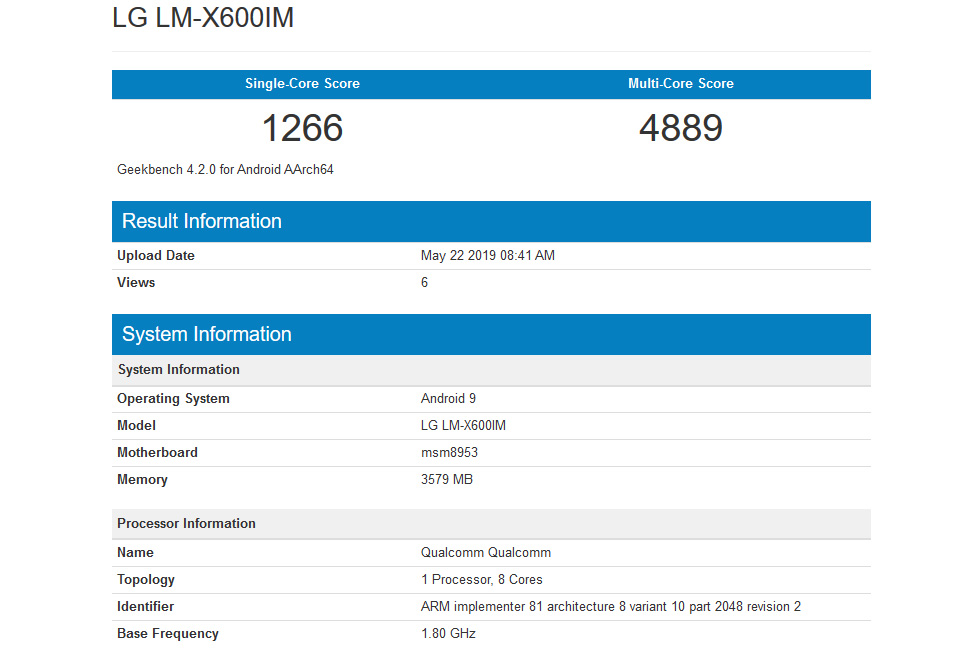