We have already made an in-depth review of Cubot P20, which unveils a pretty good mid-range device that achieves the looks of higher-priced smartphones. It has a glossy four-side-curved back, an aluminium alloy frame with a glossy finish and a 2.5D curved front cover glass protecting a 6.18-inch HD+ display. The body houses a 4000 mAh battery and a MediaTek MT6750T chipset coupled with 4GB of RAM and 64GB of expandable storage. Its camera department includes a 16MP Samsung S5K3P3SX rear shooter paired with a VGA auxiliary rear snapper, and 8MP GalaxyCore GC8024 front camera. We must say that for a device of that class, the rear camera of Cubot P20 takes decent photos. The device runs on almost stock Android 8.0 Oreo. Its retail price is set at $169.99 but during the pre-sale period, which ends this week, it can be obtained for $129.99 only.
You can grab a unit for yourself with a $40 discount from here. 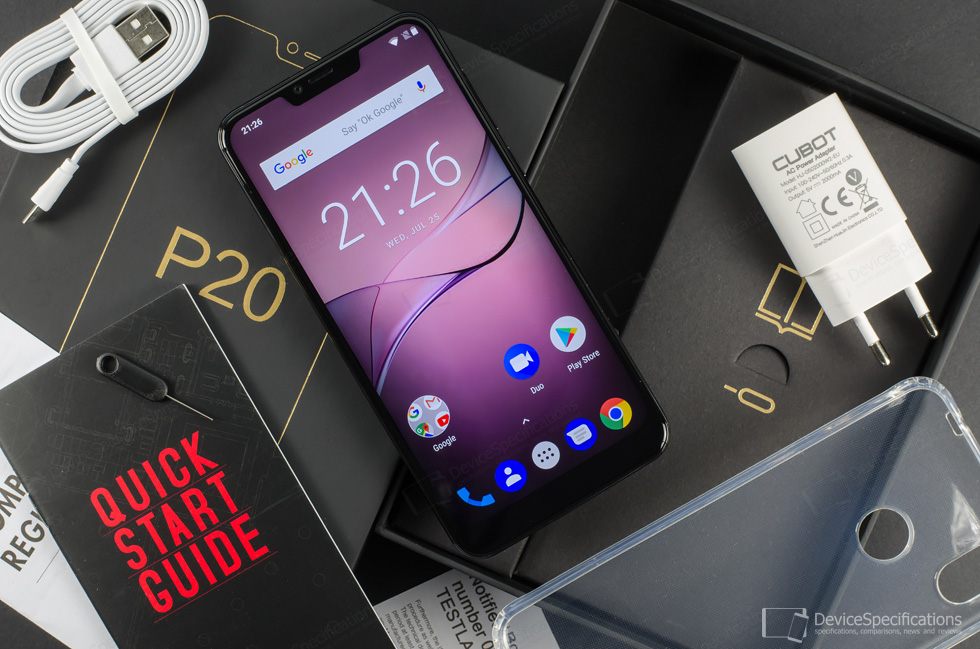 Cubot has announced a new smartphone that's been obviously inspired by the Huawei Mate 30 Pro 5G. The Cubot Note 10 costs USD 100 and is available in a limited orange version, just like the smartphone it aspires to. However, it resembles the Huawei flagship only in appearance. Moreover, the official screenshots depict four rear cameras and in reality, there are only three on the Cunot Note 10. The Cubot Note 10 is...

Today Cubot has announced the Cubot Quest - the world's first smartphone for sports. The device is showcased at the Global Sources Electronics Show. According to Cubot, the manufacturer has been perfecting this device for over a year to make it "strong, waterproof, thin". The device has a ruggedized body with an elegant flair. It uses a Corning Gorilla Glass for the screen and a nano-material shell. The device is...

Cubot X18 joins the lines of smartphones with 18:9 displays

Cubot X18 is yet another smartphone with a 18:9 display. The panel has an HD+ resolution (720 x 1440 pixels), GFF full lamination, 2.5D curved glass. Its peak brightness is 450 nits, the contrast ratio is 1300:1, and the display is said to cover 90% of the NTSC colour space. The device has an aluminium alloy frame and plastic back plate. Under the hood, a 3200 mAh removable battery is placed. The hardware is based...

Cubot Note Plus with a 5.2-inch FHD display, a 16MP rear and a 16MP front camera

Cubot Note Plus has been announced featuring a 5.2-inch IPS display with a 1080p resolution, 1300:1 static contrast ratio, 450 cd/m2 and 90% coverage of the NTSC colour space. The device packs a 16-megapixel primary camera from Sony with a 5-element lens, f/2.2 aperture, 1A LED flash, Blue glass ICR and a 16-megapixel front-facing shooter with a 50mA soft selfie and a 5-element lens. Power is supplied by a 2800 mAh...