Huawei has announced two 5G smartphones so far - the Mate 20 X 5G and Mate X. Now, information about a third 5G smartphone from Huawei has surfaced. It comes from the Bluetooth Alliance, which unveils that a new Huawei model dubbed JAL-AN00/AN10 has received certification and supports Bluetooth 5. The company's 5G smartphones have suffixes beginning with "AN", such as Huawei Mate X's code is TAH-AN00 and Huawei Mate 20 X 5G is dubbed EVR-AN00, so it can be confirmed that the JAL-AN00/AN10 will be the third 5G smartphone from Huawei and will offer both standard and high-end versions. The "AL" versions will be the 4G LTE ones.

Huawei's 5G smartphone roadmap showed that the manufacturer will launch a 5G model in October this year. Having in mind that's the usual time of unveiling the Mate series, it can be assumed that there will be a Mate 30 5G announced when the time comes. It should pack a Kirin 980 chipset with an integrated 5G modem. 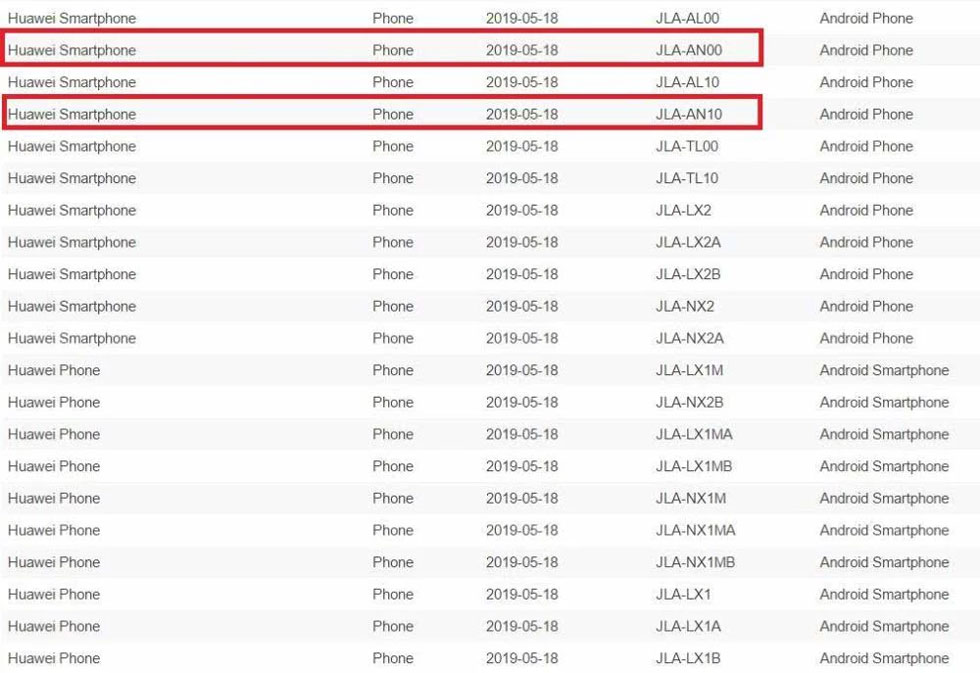 Източник
The Huawei Honor X10 Max will have a 7.09-inch RGBW display panel