The Realme X50 5G (RMX2051) has received a TENAA listing, which unveils some of the basic specs of the smartphone. The device will have a 6.7-inch display with an FHD+ resolution. It will be 75.8 mm wide, 8.9 mm thick and 163.8 tall. It is already known that the model will be based on a Snapdragon 765G chipset with 6GB/8GB of RAM and 128GB/256GB of built-in storage. Power will be supplied by a 4200 mAh battery with a 30W VOOC FlashCharge 4.0 support. The smartphone will have four rear cameras. It is expected to be announced on January 7th.

In addition, the official Realme page on Weibo confirmed that Yang Zi is the first global spokesperson for the Realme brand and shared a poster with Ms Yang with a Realme X50 5G. 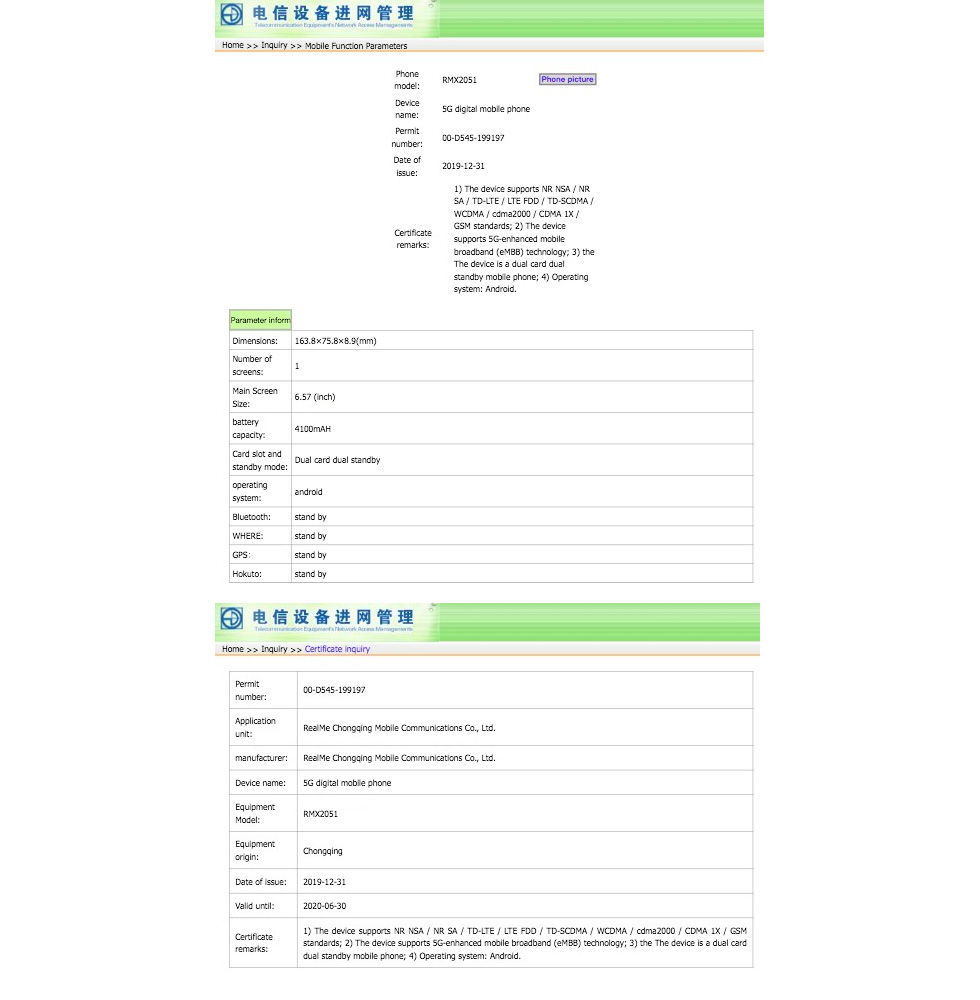 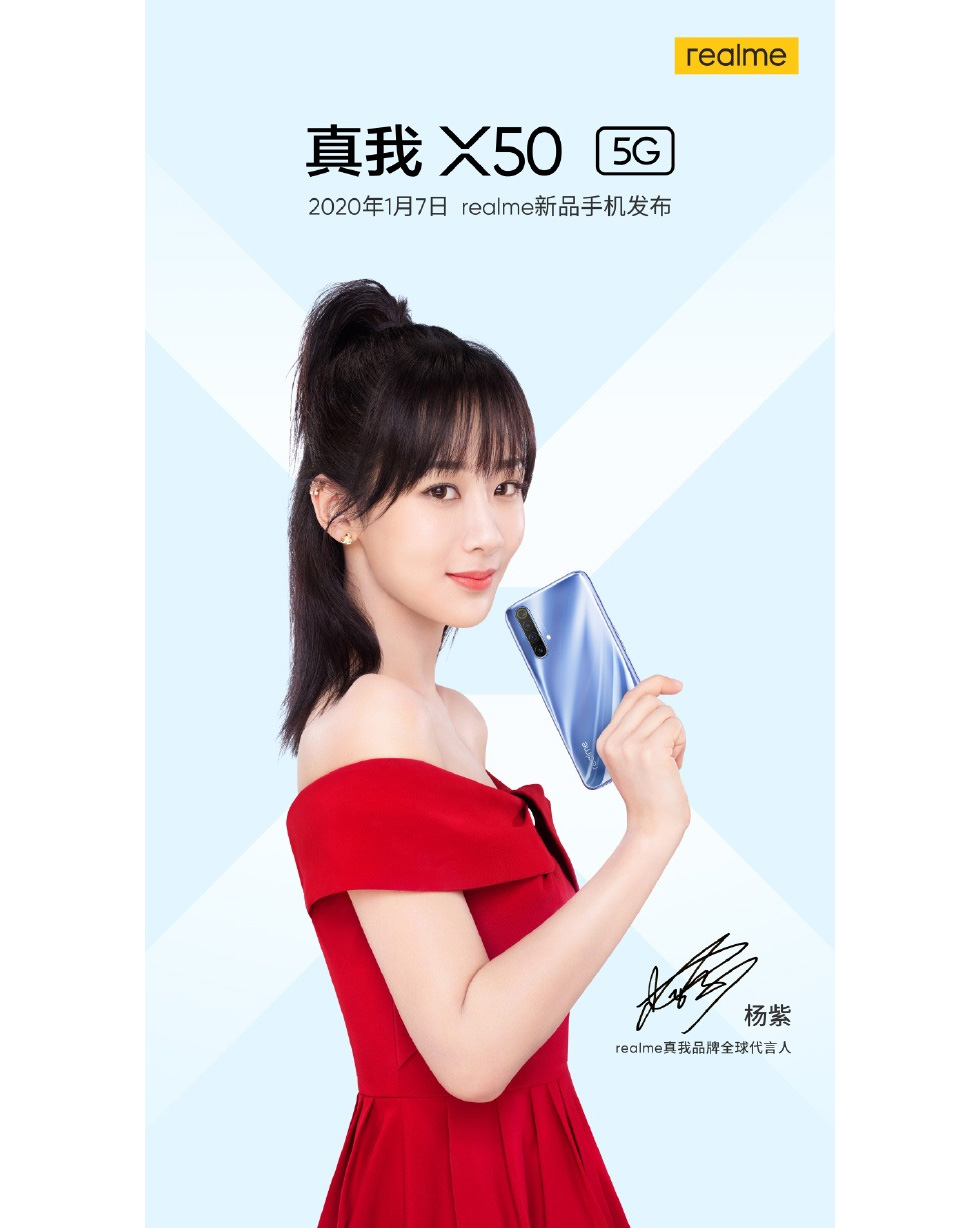