The Samsung Galaxy A31 has just been announced featuring four rear cameras. The main shooter is a 48MP unit with an f/2.0 aperture. It is adjoined by a 5MP macro lens, a 5MP depth-sensing one and an 8MP ultra-wide camera. On the front, there's a 20MP selfie snapper with an f/2.2 aperture. It resides in a centrally positioned notch on the 6.4-inch Infinity-U display with a Super AMOLED panel and FHD+ resolution. The device has a plastic body available in four colors - Prism Crush Black, Prism Crush Blue, Prism Crush Red, Prism Crush White. It features a 5000 mAh battery with a 15W charger, in-display fingerprint sensor, and supports NFC with Samsung Pay (availability may vary regionally). According to Samsung, the Samsung Galaxy A31 has an octa-core CPU - consisting of two 2GHz cores and six 1.7GHz cores. It is paired to 4GB or 6GB of LPDDR4X RAM and 64GB or 128GB of storage that can be expanded with up to 512GB. 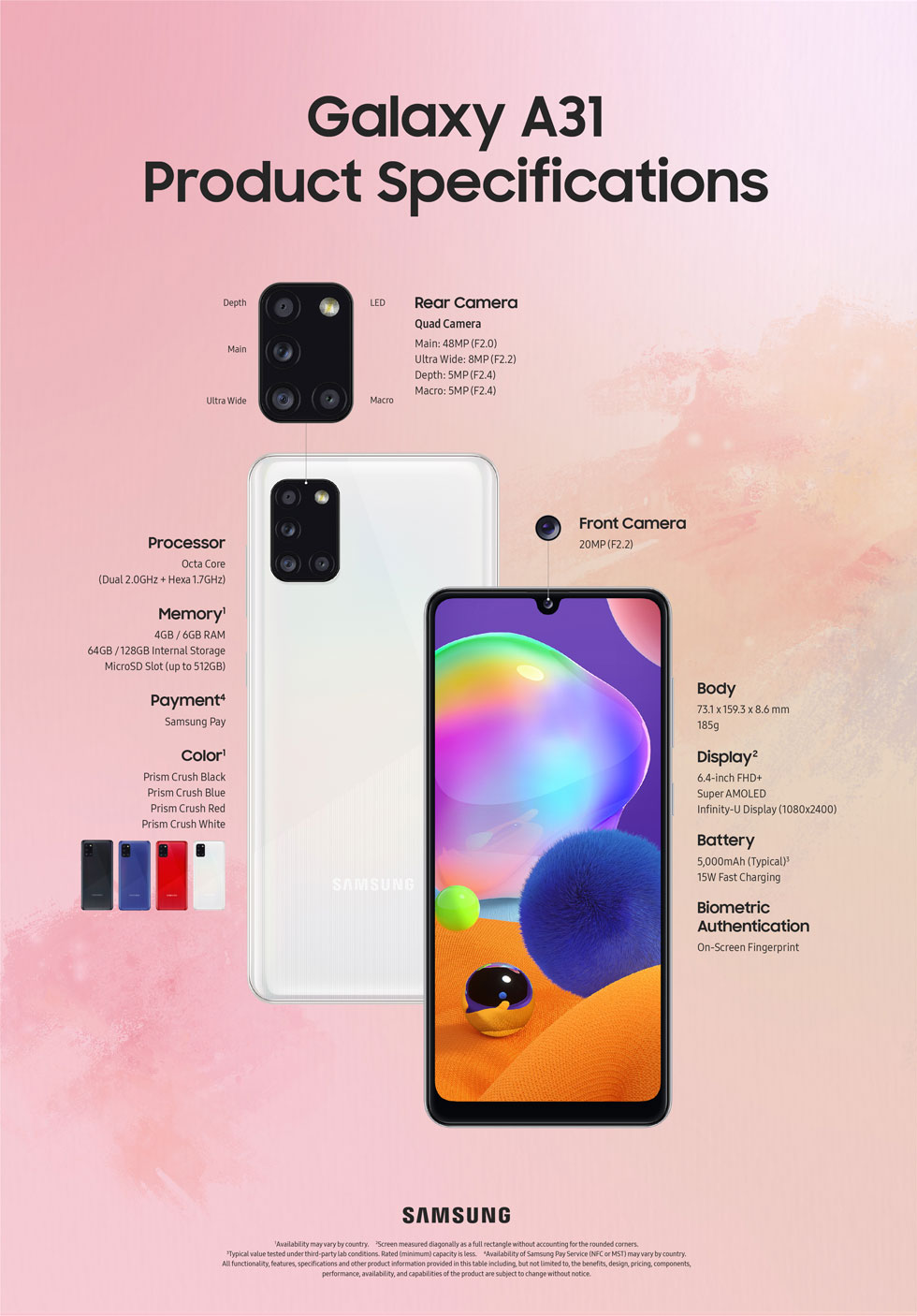