Hisense has just unveiled that the Hisense F50 5G will be announced on April 20. The first mention of this device was at Unisoc's Spring Online Conference, when Ma Xiaohang, Vice President of Hisense Electronic Information Group and Deputy General Manager of Qingdao Hisense Communication Co., Ltd., delivered a keynote speech and introduced Hisense's first 5G mobile phone - the F50. This smartphone will pack Unisoc's Tiger T7510 chipset and a Hi-Turbo smart engine supporting dual-mode 5G connectivity. It will also be equipped with an 8 mm PC-level heat pipe for heat dissipation. Power will be supplied by a 5010 mAh battery with 18W fast charging. According to the poster, the handset will have a waterdrop notch on the front, four rear cameras and a rear-mounted fingerprint sensor. 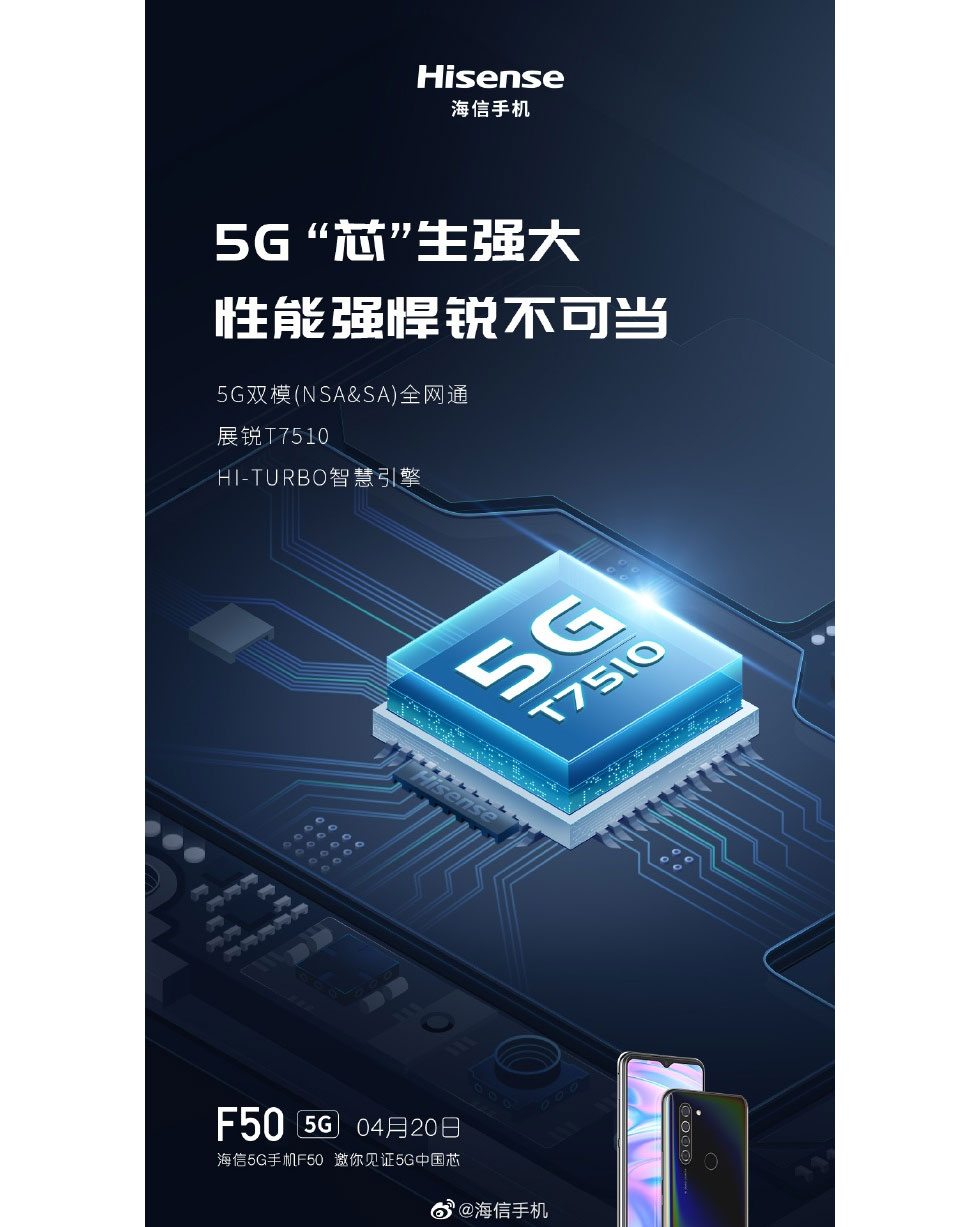