A leak from a Weibo user (@Sqsong) shows that in addition to the Reno3 series, Oppo is prepping two other smartphones that should be more affordable and will provide 4G connectivity as opposed to the 5G-enabled Reno3 series.

It looks like that the Oppo PCPM00/PCPT00 certified by TENAA earlier and deemed to be the Reno3 is actually the Oppo A91. This smartphone features a 6.4-inch AMOLED display with an in-display fingerprint sensor and a waterdrop notch where a 16MP camera resides. The screen will have a resolution of 1080 x 2400 pixels. The onboard RAM and storage measure 8GB and 128GB, respectively, and are paired to a 2.1GHz octa-core CPU. The storage can be expanded with up to 256GB. In addition, the smartphone will have a 4025 mAh battery and four rear cameras governed by a 48MP primary shooter. The other three units include an 8MP snapper and two 2MP cameras. 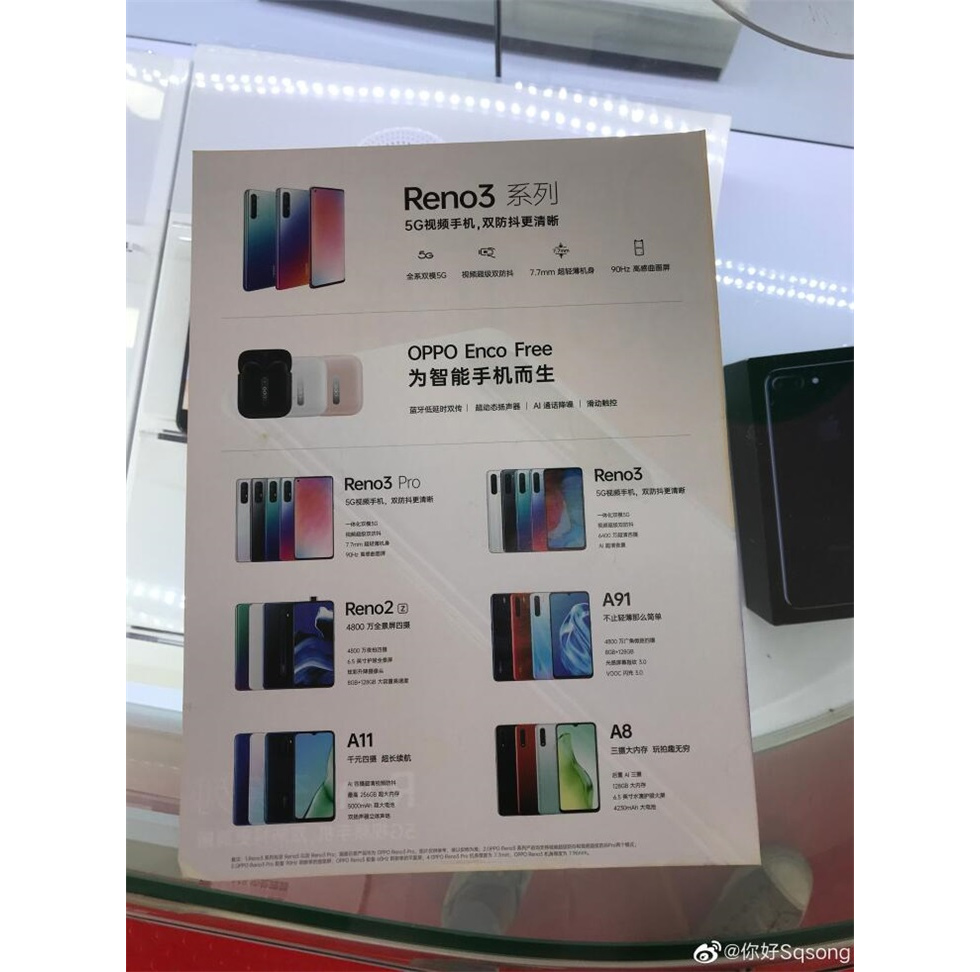