Ben Gesking published on Twitter the first hands-on video of the Galaxy Z Flip. It looks like it's not a mock-up device but a fully functional one with One UI, clearly visible account name, etc. The model arrives with a 6.7-inch Dynamic AMOLED display with an FHD+ resolution and the small display on the cover is dubbed Focus Display. It is really tiny and can be used only for checking notifications, statuses and the time. The body is made of metal and glass (Gorilla Glass 6). It is fitted with a side-mounted fingerprint sensor and folds in the middle. There are two batteries inside the two halves of the handset - a 2375 mAh and a 925 mAh unit for a total capacity of 3300 mAh. The model will be based on a Snapdragon 855 Plus chipset with 8GB of RAM and 256GB of UFS 3.0 storage. There are two rear cameras which appear to be on the top cover and a single selfie-camera placed centrally above the big display. The Galaxy Z Flip will be unveiled together with the Galaxy S20 series on February 11. You can check out the hands-on video from the source link below. 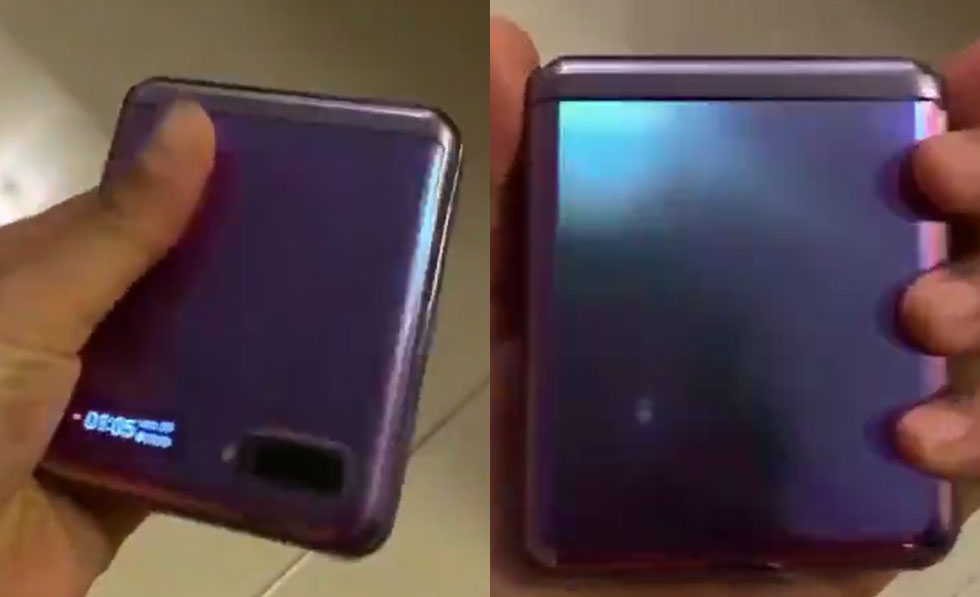 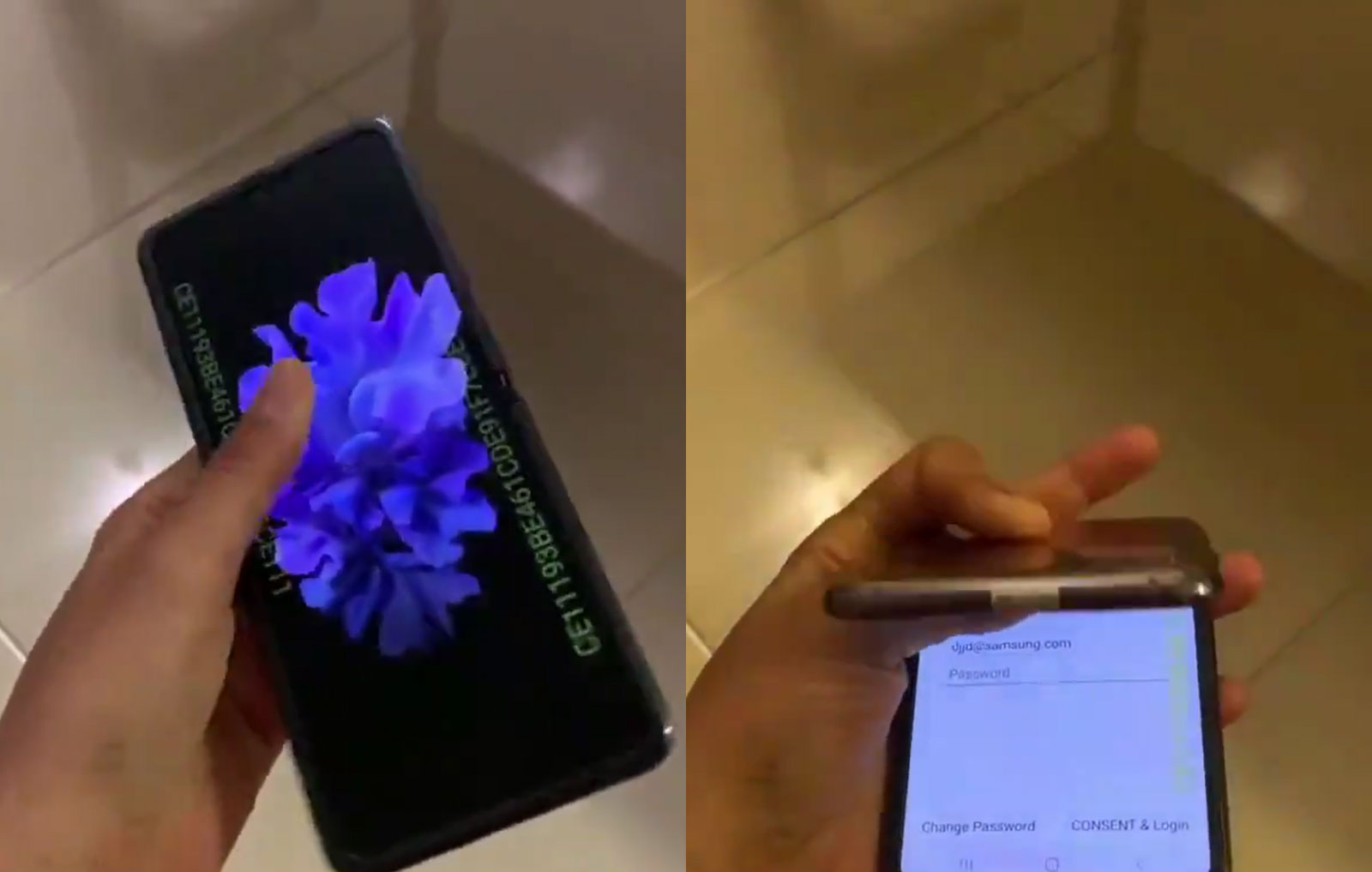