Samsung has announced that the new camera features of the Galaxy S20 series will be available for the Galaxy S10 and Galaxy Note10 series through an upcoming software update starting this month. One of the new features is the Single Take one. It uses the camera system and AI to capture a number of photos and videos at once and recommends the best shot for you. The Galaxy S10 series gets an improved Night Mode and the Night Hyperlapse feature is added to Galaxy S10 and the Note10 series. The Custom Filter lets you create your own filter with colors and styles you like from a favorite photo serving as inspiration. This creates a reusable filter that can be applied to future photos when captured. The Pro Video gives you even more control, allowing you to adjust settings like ISO, shutter speed and exposure level. You can also switch between the front and rear cameras while recording video. For the Galler App the Clean View automatically groups together similar shots of the same subject for a more organized list of photos. When viewing a photo in the gallery, you can zoom in on an image and press Quick Crop, located at the top left-hand corner, to crop photos to your desired size. Finally, you can now share more content quickly. With Quick Share, you can see which of your contacts are nearby and share photos, videos, or even large files with multiple people. With Music Share, you can extend your paired Bluetooth connection and you don’t need to disconnect for a friend to play their music on a speaker or car stereo. 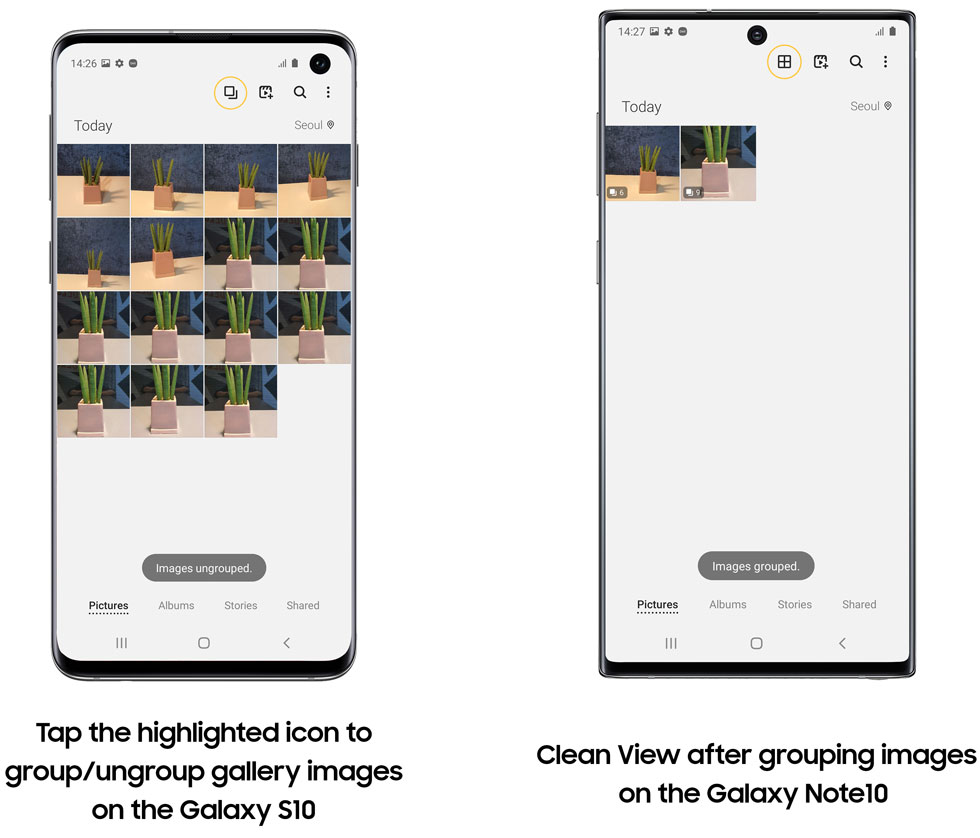 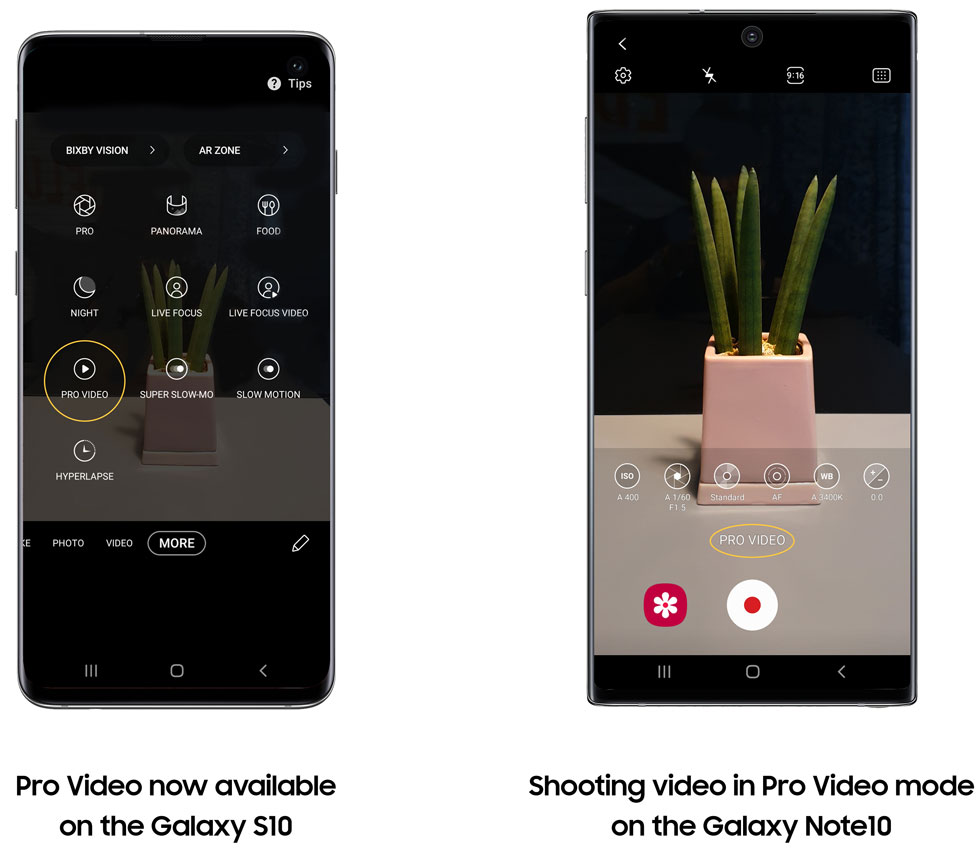