As part of its goal to strengthen its leadership in the global system semiconductor industry by 2030 through expanding its proprietary NPU technology development, Samsung has announced a high-speed, low-power NPU solution for AI deep learning. This is an on-device AI solution which directly computes and processes data from within the device itself. What it basically does is to compress the key data based on deep learning which leads to an 8-fold increase in AI operation speed compared to the existing 32-bit deep learning data for servers. At the same time, being 4 times lighter than existing algorithms, this process is very power efficient.

The in-house experiments unveiled that this quantization of an in-server deep learning algorithm in 32-bit intervals is more accurate than other existing solutions when computed into levels of less than 4 bits. Moreover, the computation results using the QIL process which were obtained when only 1/40 to 1/120 of the semiconductor transistors were used were the same as the ones obtained from existing processes.

According to Samsung, "this technology will help to develop Samsung's system semiconductor capacity as well as strengthening one of the core technologies of the AI era - On-Device AI processing. A core feature of On-Device AI technology is its ability to compute large amounts of data at a high speed without consuming excessive amounts of electricity. Samsung’s first solution to this end was the Exynos 9 (9820), introduced last year, which featured a proprietary Samsung NPU inside the mobile System on Chip (SoC). The company plans to enhance and extend its AI technology leadership by applying this algorithm not only to mobile SoC, but also to memory and sensor solutions in the near future.

"Ultimately, in the future we will live in a world where all devices and sensor-based technologies are powered by AI," noted Chang-Kyu Choi, Vice President and head of Computer Vision Lab of SAIT. "Samsung’s On-Device AI technologies are lower-power, higher-speed solutions for deep learning that will pave the way to this future. They are set to expand the memory, processor and sensor market, as well as other next-generation system semiconductor markets." 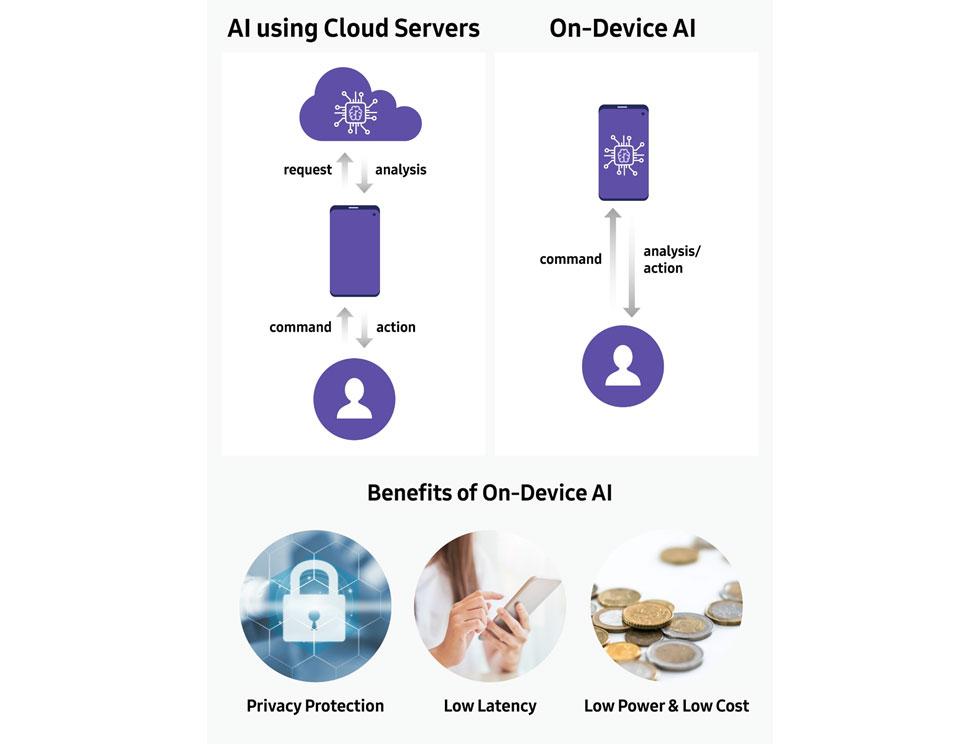