MediaTek has announced on Weibo that it will unveil its gaming chipset - the Helio G90 on July 30th. There are no details whatsoever about this chipset. The only thing in common it has with other MediaTek products is the 90 moniker as on the Helio P90 system-on-chip, where P stands for "performance". G, however, stands for "gaming". The Helio P90 is based on the 12nm process node. It has an octa-core CPU with 2x 2.2GHz Cortex A75 cores and 6x 2GHz Cortex A55 cores. The graphics department is managed by a 970MHz IMG 9XM-HP8 GPU (PowerVR gm9446) GPU, which is 50% faster performance than the tri-core Mali-G72 GPU used by the Helio P60 and Helio P70. Still, there's no clue what the CPU and GPU of the Helio G90 will be like. There are only a couple of days till we find out so stay tuned. 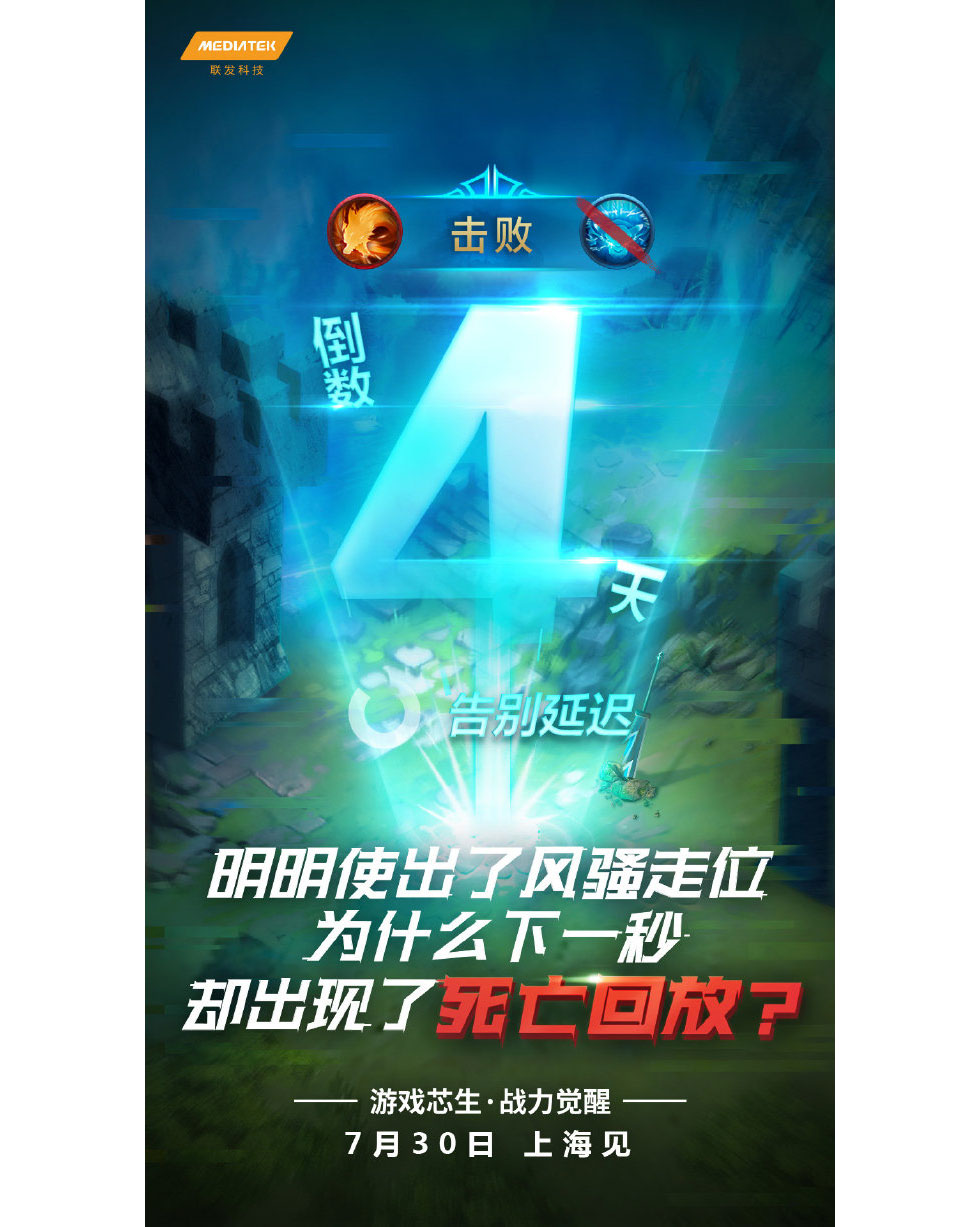 At Computex 2019, MediaTek unveiled its first 5G SoC. It is named MediaTek 5G SoC and has an integrated 5G Helio M70 modem with multi-mode support, meaning it supports 2G, 3G, and 4G as well - no need to have two modems. The modem supports downloads up to 4.7Gbps and uploads up to 2.7Gbps plus sub-6Ghz frequencies. According to MediaTek, the latter will have a wider adoption around the world, compared to mmWave...

MediaTek announces the Helio P90 with APU 2.0 for almost 5x increased performance over the P60 an P70

Today MediaTek presented its latest powerhouse: the Helio P90, which integrates APU 2.0 capable of generating an incredible 1127GMACs: 4.6x the performance over the P70 and P60. The chipset is optimized for intelligent imaging, photography, gaming and advanced connectivity. Intelligent imaging might mean secure facial recognition and unlocking as well as intelligent beautification or lighting portrait effects. The...

MediaTek has teased a new mid-range chipset from its Helio P series, named Helio P90. In a new post on Twitter, the company mentions that the new system-on-chip offers "groundbreaking AI" and is "powerful and efficient". This is accompanied by the "this chip changes everything" hashtag. No more information has been unveiled. It is expected that MediaTek will announce the Helio P90 in the beginning of next month.