Last night, it became clear that the Redmi K30 which will be announced on December 10th will be equipped with a Snapdragon 765G chipset. This bunks all rumours so far that were speculating about a Snapdraon 730/735 chipset. The details about this new system-on-chip are not unveiled yet, but Qualcomm confirmed it arrives with a Snapdragon X52 modem and offers integrated 5G NSA and SA connectivity. On the Redmi K30, we expect it to be coupled with 6GB/8GB of RAM and 64GB/128GB/256GB of UFS 2.1 storage. The rumoured battery capacity is around 4500 mAh and 27W fast charging.

Earlier today, Xiaomi confirmed a 6.67-inch diagonal size for the Redmi K30 and having in mind the official renders that suggest a slimmer form factor, we expect a resolution of 1080 x 2400 pixels. Probably, the display will retain the Corning Gorilla Glass 6 from the K20 but will not be an AMOLED unit. An IPS panel will be used instead and Xiaomi has already confirmed a side-mounted fingerprint sensor for this model. An oval punch hole in the display has also been confirmed and it will house two front cameras. On the back, there will be four shooters. Rumours say these will include the 64MP Sony IMX686 sensor for the main camera, an 8MP unit, a 5MP snapper and a 2MP camera.

All these features shape up a rather interesting smartphone. We will follow up on the December 10 event and report accordingly the official features and specifications of the Redmi K30. 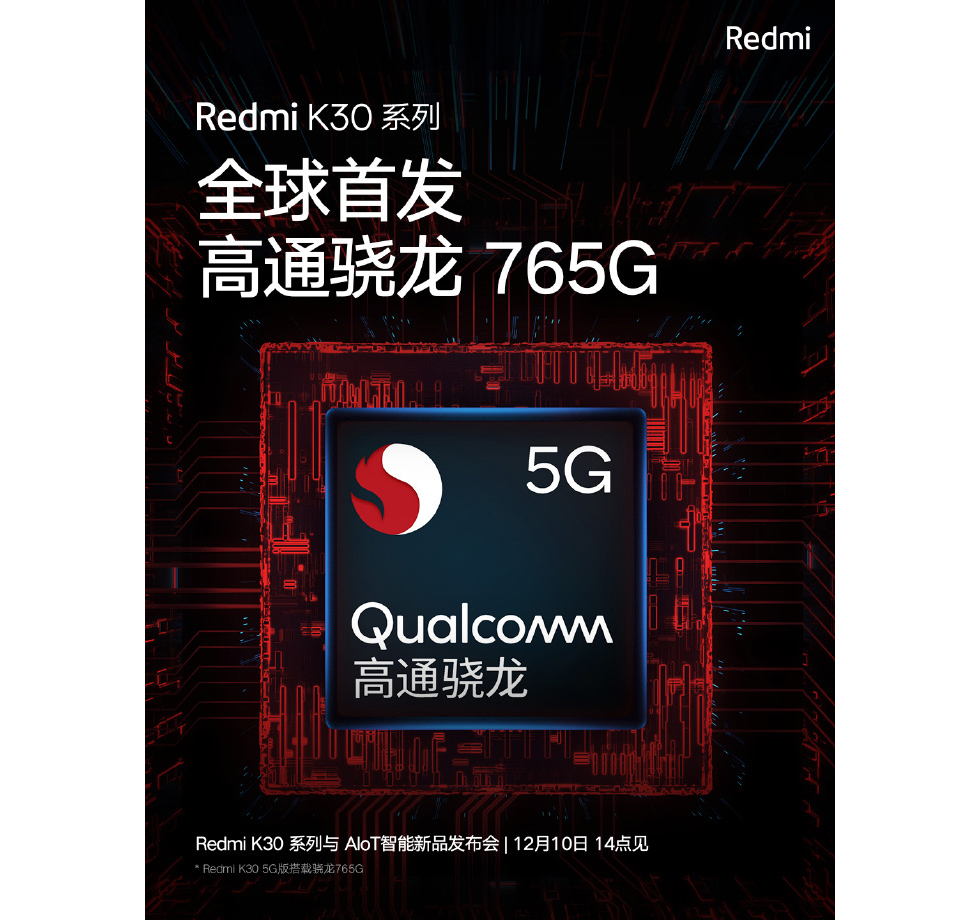 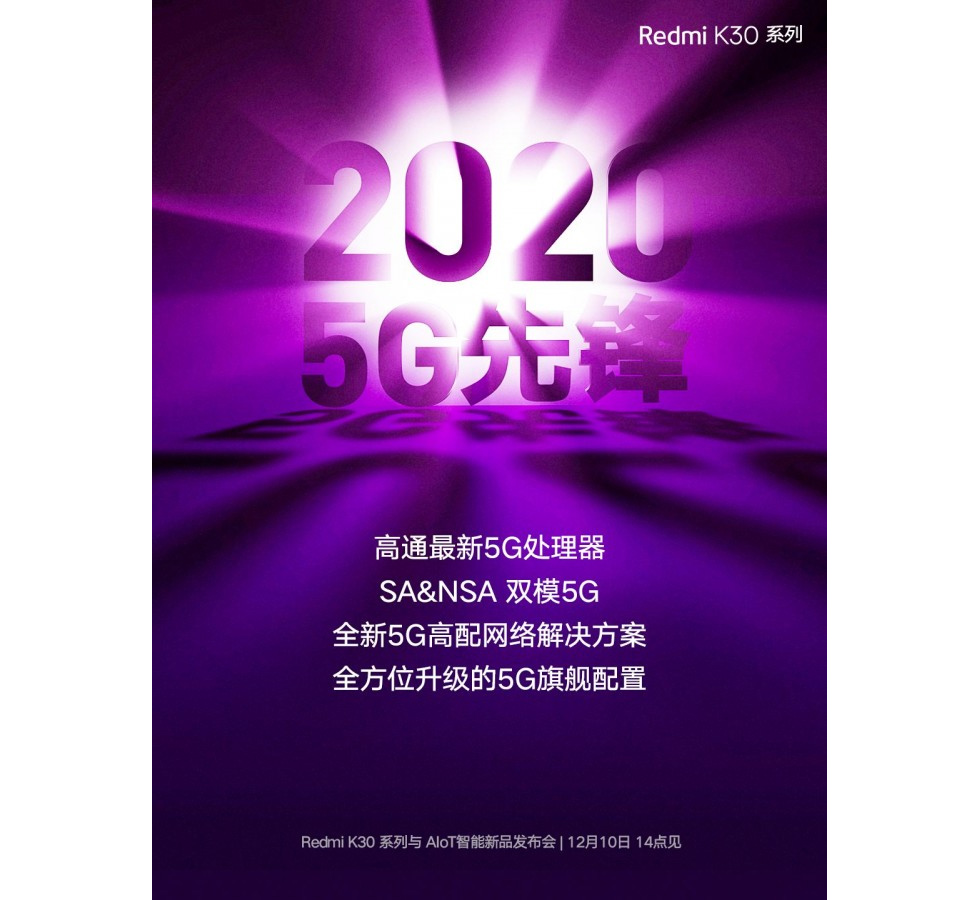 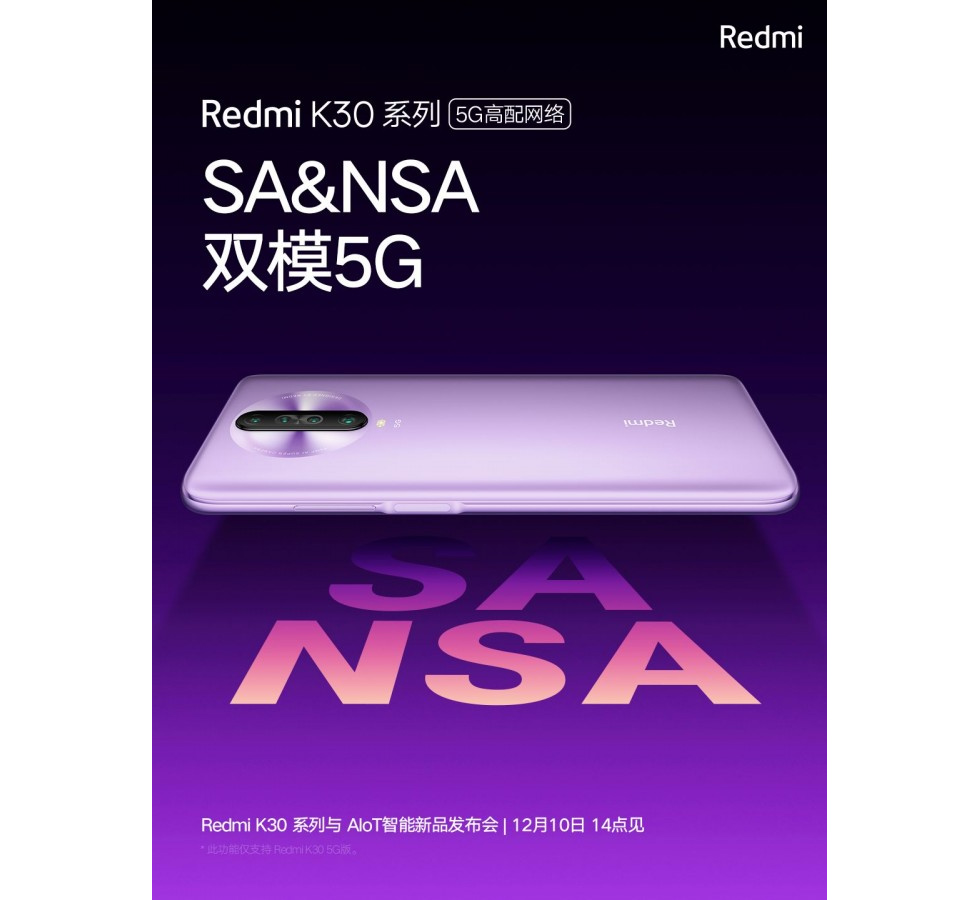 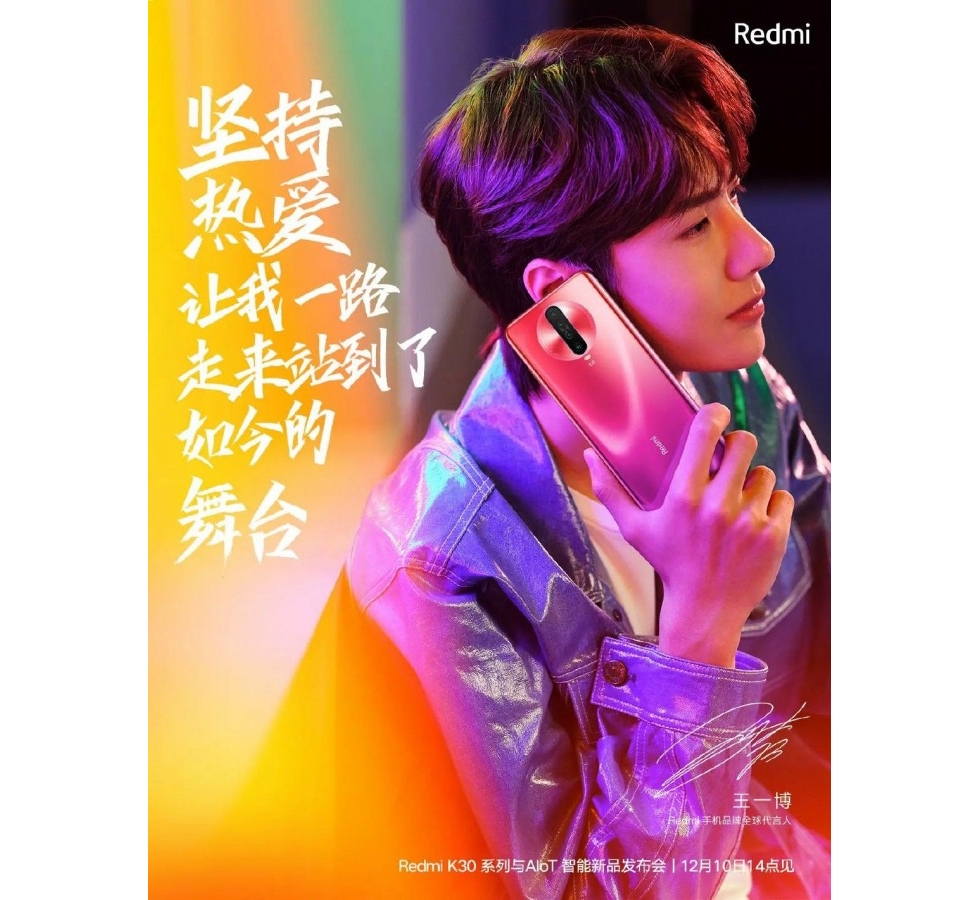 Xiaomi has just announced over social media the Redmi Note 9S - the Redmi Note 9 Pro for the global market. The smartphone is based on a Snapdragon 720G chipset and packs a 5020 mAh battery paired to an 18W fast charger. The front flaunts a 6.67-inch FHD+ display with a punch hole for the front camera. There's a side-mounted fingerprint sensor and the rear-shell design replicates the one of the other devices from...

Redmi Note 9 will be announced on March 12

Redmi India and Xiaomi India's CEO Manu Kumar Jain have announced that the Redmi Note 9 will be unveiled on March 12. The teaser image confirms the smartphone will have four rear cameras and previous teasers and hints point at improved performance, design. Behold the answer to the most awaited question of 2020. Yes, the next #RedmiNote launches on March 12! ????Brace yourselves because #ProCamerasMaxPerformance is...

We have received a Redmi K30 4G unit for review and we're busy working on it. Stay tuned for our full 10-page review of this model. The Redmi K30 4G features a 6.67-inch FHD+ IPS display with a 120Hz sampling rate and Corning Gorilla Glass 5 for protection. The display offers improved eye protection as well. The Corning Gorilla Glass 5 back has a 3D curved design. The camera department features the 64MP Sony IMX686...