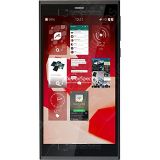 Jolla phone will be launched on November 27

We are continuing our series presenting brands that are not globally known but emerge from solid backgrounds and provide high-quality products. At the end of November, another newbie on the smartphone market will make its first steps. This is the Jolla phone designed by a Finland-based company, established by ex-Nokia people. Those living in Helsinki will be able to get the phone on November 27 for the price of...