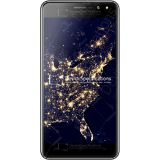 Cagabi to launch two smartphones in March and April

Cagabi is a new brand in the smartphone market that will make its big introduction in March and April by launching its first two smartphones. Currently the most interesting information about them is the incredibly low price for each model. Cagabi One will enter the market in March and will be an entry-level device. It will pack a 5-inch LG IPS display with an HD resolution on top of a plastic body with a metal frame...