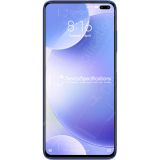 Poco confirms the Poco X2 moniker, the smartphone will be unveiled in 7 days

The Poco X2 moniker has been officially confirmed on the Poco India website. It also unveils that the official announcement of the smartphone is scheduled for February 4. The page suggests that the device will be powered by a Snapdragon chipset with a heat pipe cooling system. Most probably this will be a Snapdragon 730G platform. Poco X2 will also feature a 120Hz display, a 4500 mAh battery, a 64MP Sony IMX686 main...