The Xiaomi 12X also debuted today. It is the Xiaomi 12 wit a Snapdraon 870 chipset instead of the Snapdragon 8 Gen 1 mobile platform. The X model also lacks the green-colored version. All else is the same. There's the 6.28-inch AMOLED display from Samsung with an FHD+ resolution and up to 120Hz refresh rate. Corning Gorilla Glass Victus is used for protection. The camera department comprises a 50MP Sony IMX766 main unit with OIS, a 5MP tele-macro lens, and s a 13MP ultra-wide camera. There's a 32MP selfie snapper as well as dual stereo speakers tuned by harman / kardon. Power is supplied by a 4500 mAh battery that supports 67W fast charging, 50W wireless charging, and 10W reverse wireless charging. The Xiaomi 12X is priced as follows: 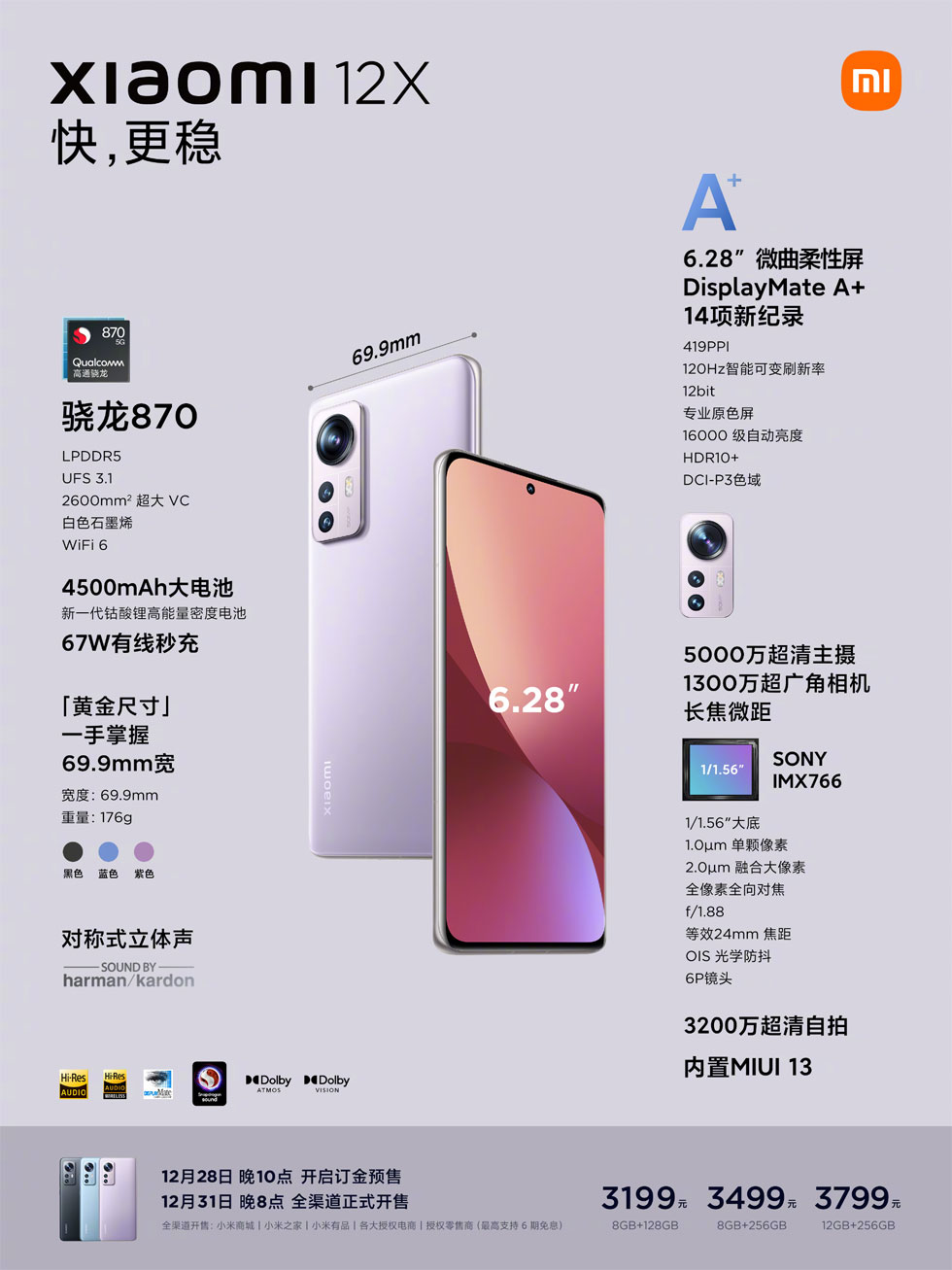