Vivo has chosen the end of the year to present the Vivo X60, Vivo X60 Pro and the Vivo X60 Pro+. The event will take place on December 29 at 19:30 Chinese time and for now the X60 series is meant for the Chinese market only. For starters, the X60 and X60 Pro smartphones will be based on the new Samsung Exynos 1080 chipset. Secondly, the main cameras of the devices have been jointly developed by Vivo and Zeiss. The Vivo X60 Pro+ is rumored to have an L-shaped camera module and is expected to be based on a Snapdragon 888 chipset.

It is already known that the Vivo X60 series will support 33W fast charging, will arrive with Android-based OriginOS, and will employ 120Hz AMOLED displays from Samsung. 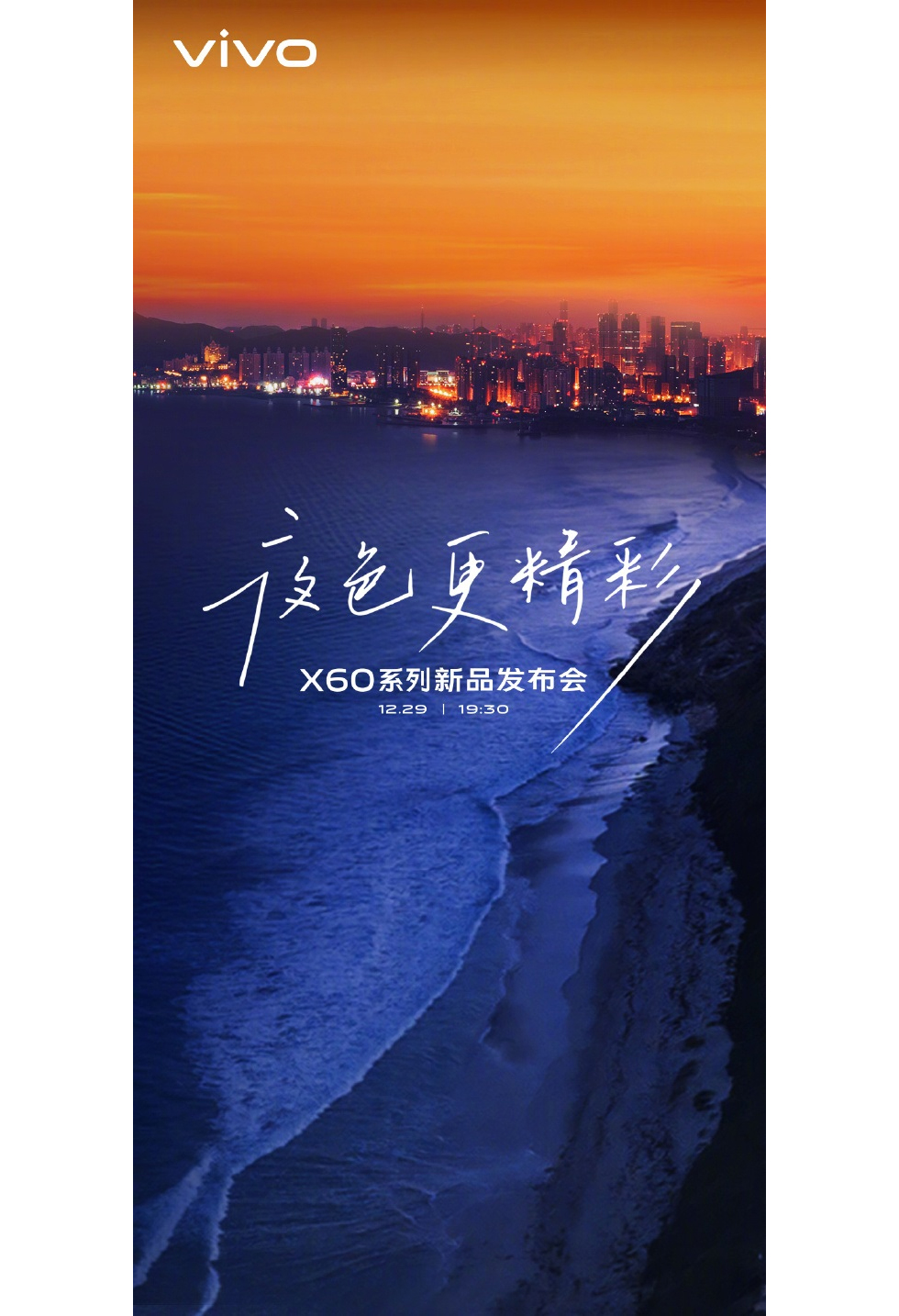 Vivo India has announced a new smartphone from the Y series for the local market - the Vivo Y51A. The device is available in Titanium Sapphire and Crystal Symphony colors. It is based on a Snapdragon 662 chipset and runs on Funtouch OS 11 (Android 11). A 5000 mAh battery keeps the lights on. The model is adorned with a 6.58-inch IPS display with a notch for the 16mP front-facing shooter. On the back, there's a...

Vivo has announced the iQOO 7 - the second smartphone on a Snapdragon 888 chipset after the Xiaomi Mi 11. The are two versions in terms of RAM+storage. The 8GB+128GB one costs CNY 3798 and the 12GB+256GB version is priced at CNY 4198. The RAM is LPDDR5 and the built-in memory is UFS 3.1. The latter cannot be expanded. The iQOO 7 is built around a 6.62-inch AMOLED display with an FHD+ resolution and 120Hz refresh...

Vivo will unveil the iQOO 7 series on January 11, will pack a Snapdragon 888 chipset

Vivo announced today that the iQOO 7 series launch conference will be held on January 11, 2021 at 19:30 Chinese time. The top version of the device will be based on a Snapdragon 888 chipset paired with LPDDR5 RAM, an enhanced version of UFS 3.1 built-in memory, and a full sensing touch function. The iQOO 7 has passed the 3C certification for 120W fast charging support. Most probably the smartphones from the series...

Vivo has launched the iQOO U3 in China today. This 5G smartphone is based on a MediaTek Dimensity 800U chipset which houses a 2.4GHz octa-core CPU and a tri-core Mali-G57 GPU. The SoC is paired to 6GB or 8GB of LPDDR4X RAM and 128GB of UFS 2.2 storage. The latter cannot be expanded. The chipset uses Cooling Turbo technology with a five-layer liquid cooling and heat dissipation system that includes 9 temperature...

The Vivo X60 series of smartphones has received 33W fast charging certification. According to Digital Chat Station, the series comprises of three models - Vivo V2046A, Vivo V2047A, and Vivo V2059A. The top versions should be named Vivo X60 Pro+ and should pack a Snapdragon 888 chipset, which was announced earlier this week. The leakster says it should be unveiled in January 2021. The other two models from the series...

Vivo has launched a new budget smartphone from its Y series in India. The Vivo Y1s has a 6.22-inch IPS display with an HD+ resolution (720 x 1520) and is powered by a 4030 mAh battery that does not support fast charging. Under the hood, a MediaTek Helio P35 (MT6765) ticks paired to 2GB of RAM and 32Gb of storage. The camera department is really basic with a single 13MP rear camera and a 5MP front-facing snapper. A...

Vivo is quite active this week. Yesterday, it announced its entrance into the European and UK markets, and today, it launched two new smartphones for the Chinese one. These are the iQOO U1x which we already informed you about and the Vivo Y3s. The Y3s is based on a MediaTek Helio P35 (MT6765) chipset paired to 4GB of RAM and 128GB of expandable storage. The smartphone is powered by a 5000 mAh battery with 10W...

iQOO U1x is the latest model from Vivo's iQOO series. The device is equipped with a 5000 mAh battery with 18W fast charging support. It is based on a Snapdragon 662 chipset and has a 6.51-inch display with an HD+ resolution. The camera department consists of a 13MP main shooter, a 2MP macro unit, and a 2MP depth-sensing lens. On the front, there's an 8MP shooter for selfies with an f/1.8 aperture. The iQOO U1x is...