Besides the marketing materials, Xiaomi did provide some insight on what the technology is. For the first time, polar chip replenishment has been used in mobile phone batteries. The surface of the negative electrode sheet is composed of an ultra-thin key box that bonds gold with electrochemical reactions. It can directly replenish the key materials lost during activation, therefore, compensating for the low initial efficiency, providing safety and reliability.

In addition, the gradient polarizer technology breaks the theoretical limitations of the traditional single-layer polarizer and adopts its own composite design of different materials from the inner to the outer layer. Silicon materials are distributed in the inner layer and the fast-fillling graphite materials is used on the outer layer to achieve this. This allows for achieving high energy density and fast charging performance.

The MCP and MNO technologies make the package more compact. Xiaomi's MCO battery packaging technology is refined through the Z-shaped top-sealing of the battery cell resulting in a reduced height, hence allowing for more flexibility when utilizing battery space. MNP combines multiple electronic devices in one package through system-level packaging technology. The overall reduction of battery package size is by 40%.

Finally, Xiaomi has created the Mirun fuel gauge chip as the core of its smart battery system. It employs a complicated set of algorithms and based on big battery data it evaluates and analyzes the battery pack condition in order to ensure consistent battery usage in various scenarios while not compromising on safety. 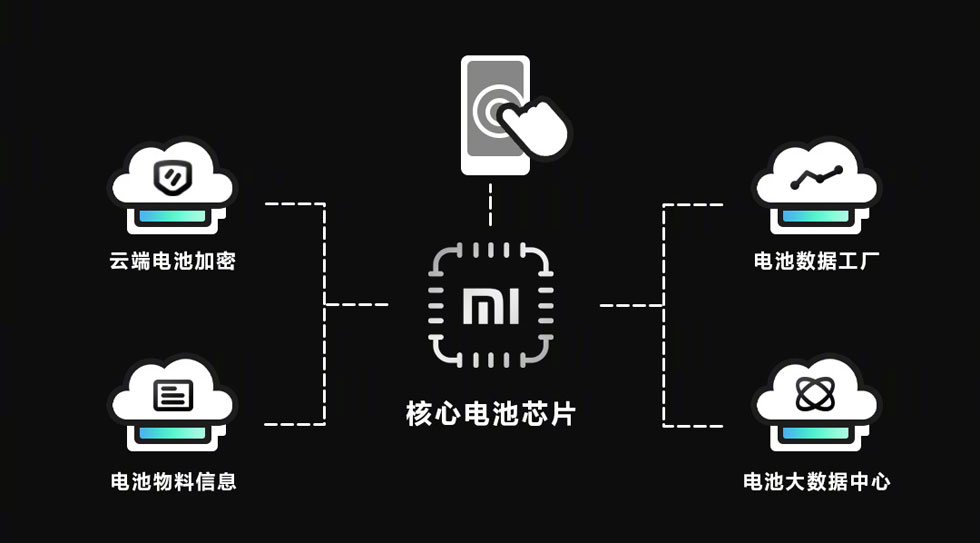