Today Samsung has announced that in 2019 it has shipped more than 6.7 million Galaxy 5G smartphones globally. As of November 2019, Samsung accounted for 53.9% of the global 5G smartphone market. The brand's 5G lineup includes the Galaxy S10 5G, Note10 5G, Note10+ 5G, Galaxy A90 5G and the Galaxy Fold 5G. The stats do not include the Samsung W20 5G, which was released in China in December.

"Consumers can't wait to experience 5G and we are proud to offer a diverse portfolio of devices that deliver the best 5G experience possible," said TM Roh, President and Head of Research and Development at IT & Mobile Communications Division, Samsung Electronics. "For Samsung, 2020 will be the year of Galaxy 5G and we are excited to bring 5G to even more device categories and introduce people to mobile experiences they never thought possible."

"5G smartphones contributed to 1% of global smartphone sales in 2019. However, 2020 will be the breakout year, with 5G smartphones poised to grow4 1,687% with contribution rising to 18% of the total global smartphone sales volumes," said, Neil Shah, VP of Research at Counterpoint Research. Further, Mr. Shah, adds, "Samsung has been one of the leading players catalyzing the 5G market development in 2019 with end-to-end 5G offerings from 3GPP standards contribution, semiconductors, mobile devices to networking equipment. With tremendous 5G growth opportunities on the horizon, Samsung, over the next decade, is in a great position to capitalize by further investing and building on the early lead and momentum." 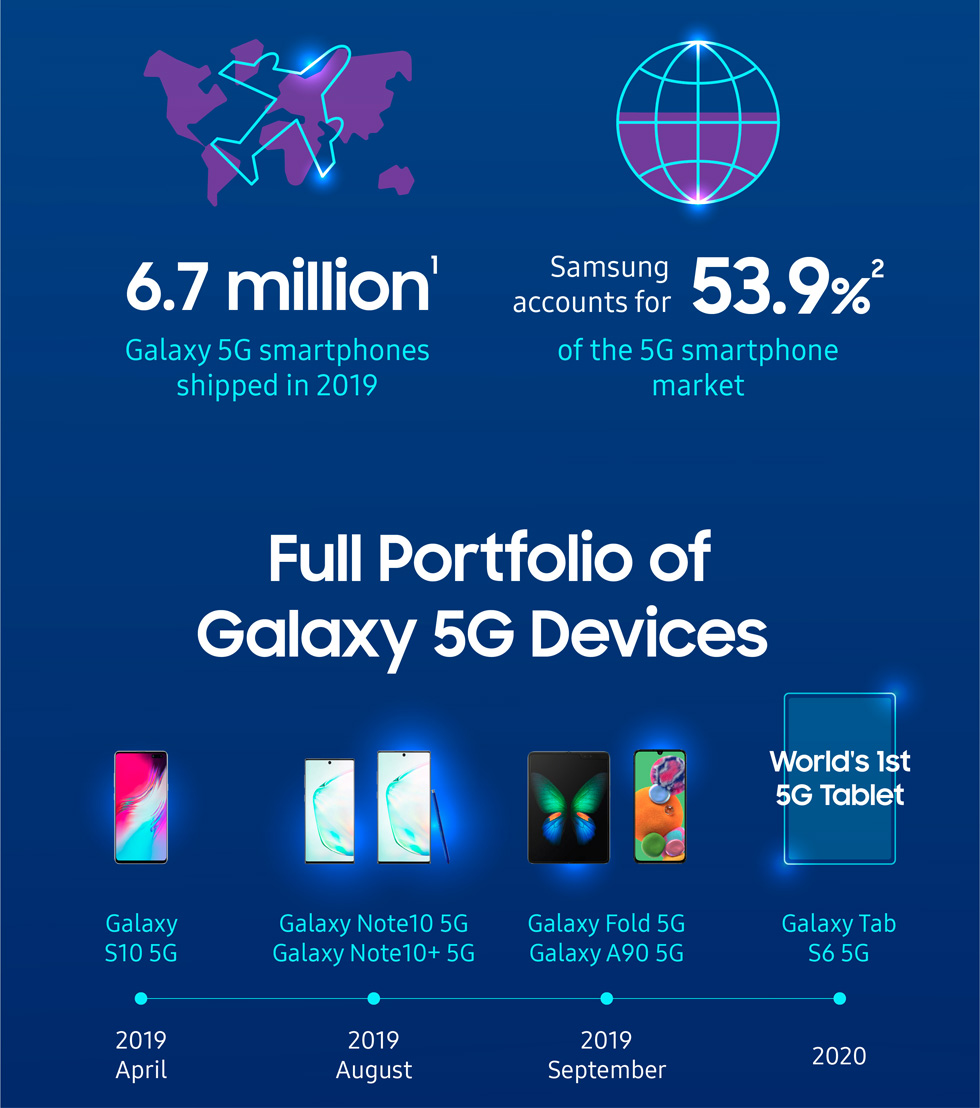