Lenovo Legion Phone Duel has just been announced and we expect the Asus ROG Phone 3 to be unveiled tomorrow as per the latest information.

The Lenovo Legion Phone Duel sports a Snapdragon 865 Plus chipset and according to the company it has scored 648,871 points in AnTuTu. The device is based on a special ATA technology, which not only supports the chipset but also the 5000 mAh battery with its 90W fast charging capability. The smartphone is equipped with two front-firing stereo speakers tuned by Dirac and immersive gaming is further guaranteed by the U-Engine dual X-axis linear motor 4D vibration sense. The 6.65-inch AMOLED display has an FHD+ resolution, 144Hz refresh rate and is TUV Rheinland certified for low blue light and reduced flicker. A Game Acceleration Engine and Link Boost further ensure stable gameplay. Designed from the ground up for gamers, the Lenovo Legion Phone Duel plays like a mobile gaming console with impressive virtual tools, gaming capabilities, and an optimized battery lasting up to a full day of average phone usage. Its virtual joystick and dual ultrasonic trigger buttons are embedded, and dual vibration engines provide life-like feedback for deeper gameplay immersion.

The Lenovo Legion Phone Duel employs advanced methods for cooling. The two 2500 mAh batteries are moved off to the sides and two liquid-cooling and copper tubes have been inserted for improved heat dissipation. The programmable RGB lighting effects for Lenovo Legion's recognizable Y icon will remove all doubt that this is an advanced gaming smartphone. These are placed on the back of the handset and on the back of its pop-up selfie camera. The latter has a resolution of 20 MP. On the back, there's a 64MP main camera.

The smartphone has four variants in terms of RAM+storage combination and here are their prices: 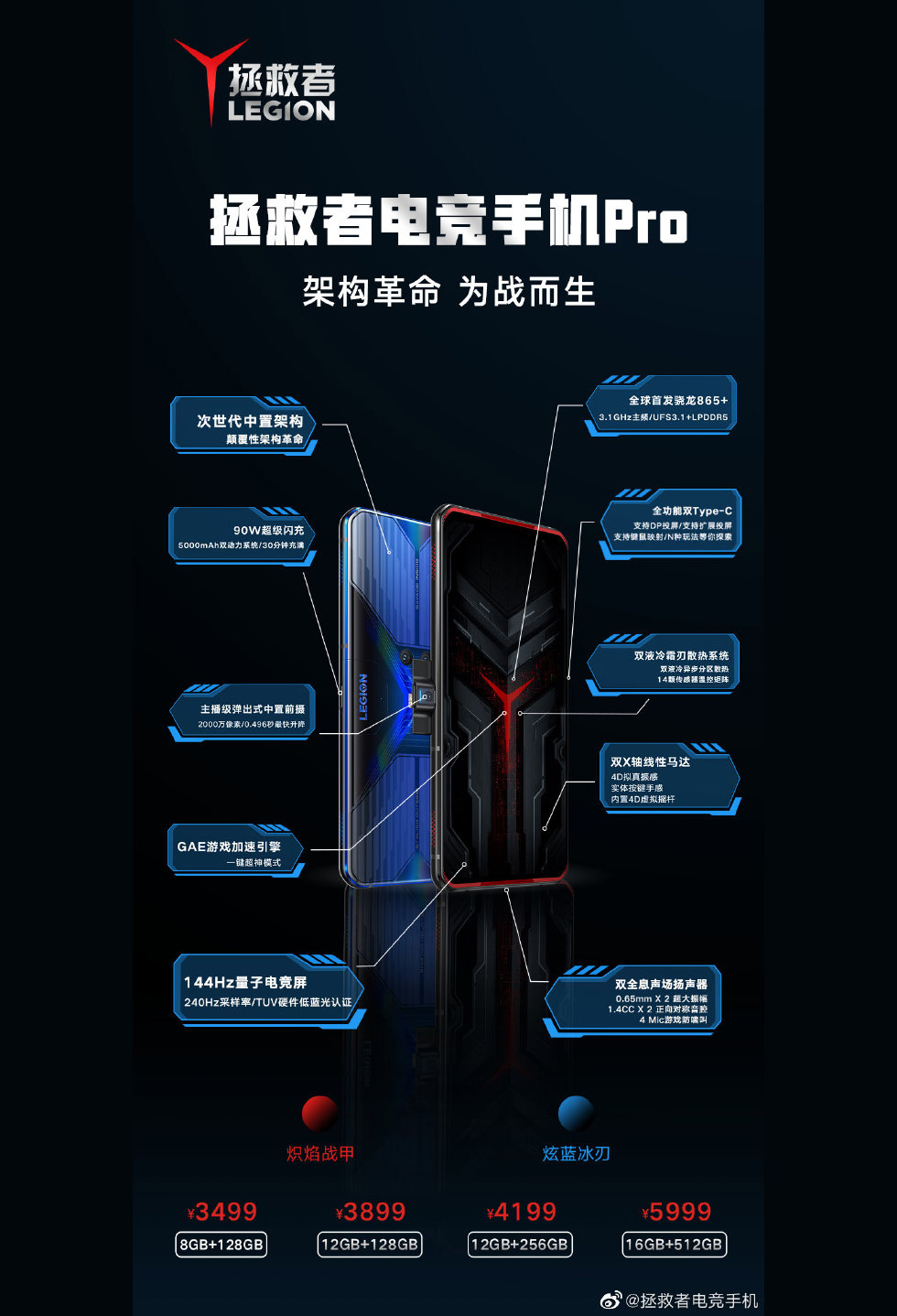