Onleaks and PriceBabaM has created 5K renders of the Samsung Galaxy Note 10 Pro (tentative name). These renders are concept ones based on rumours, leaks and expectations and do not represent the actual final product.

The device has an all-glass front and back, with curved vertical sides and a thin metal frame. There's a true edge-to-edge display and ultra-thin top and bottom bezels. The selfie camera is placed in a centrally positioned punch hole in the top of the Dynamic AMOLED panel display. Rumour says it the display will have a 6.57-inch diagonal size, a QHD+ resolution and an under-display fingerprint sensor. The model's dimensions are as follows: 162.3 (h) x 77.4 (w) x 7.9 (d) mm. With the camera bump, the depth becomes 8.5 mm.

There are four cameras on the back. The three mains ones are vertically aligned in the top left corner and include a 12MP primary, 12MP telephoto and 16MP ultra wide-angle shooter. The fourth camera is a ToF (3D depth) unit placed to the right below the LED flash. The expected battery capacity is 4500 mAh battery and everyone's wish is that it supports 45W fast charging. Below you can check out the 3D video of Samsung Galaxy Note 10 Pro along with renders. The last one compares the Pro version with the regular Galaxy Note 10. The latter is rumoured to have a 6.28-inch QHD+ Dynamic AMOLED display and will lack a ToF camera. 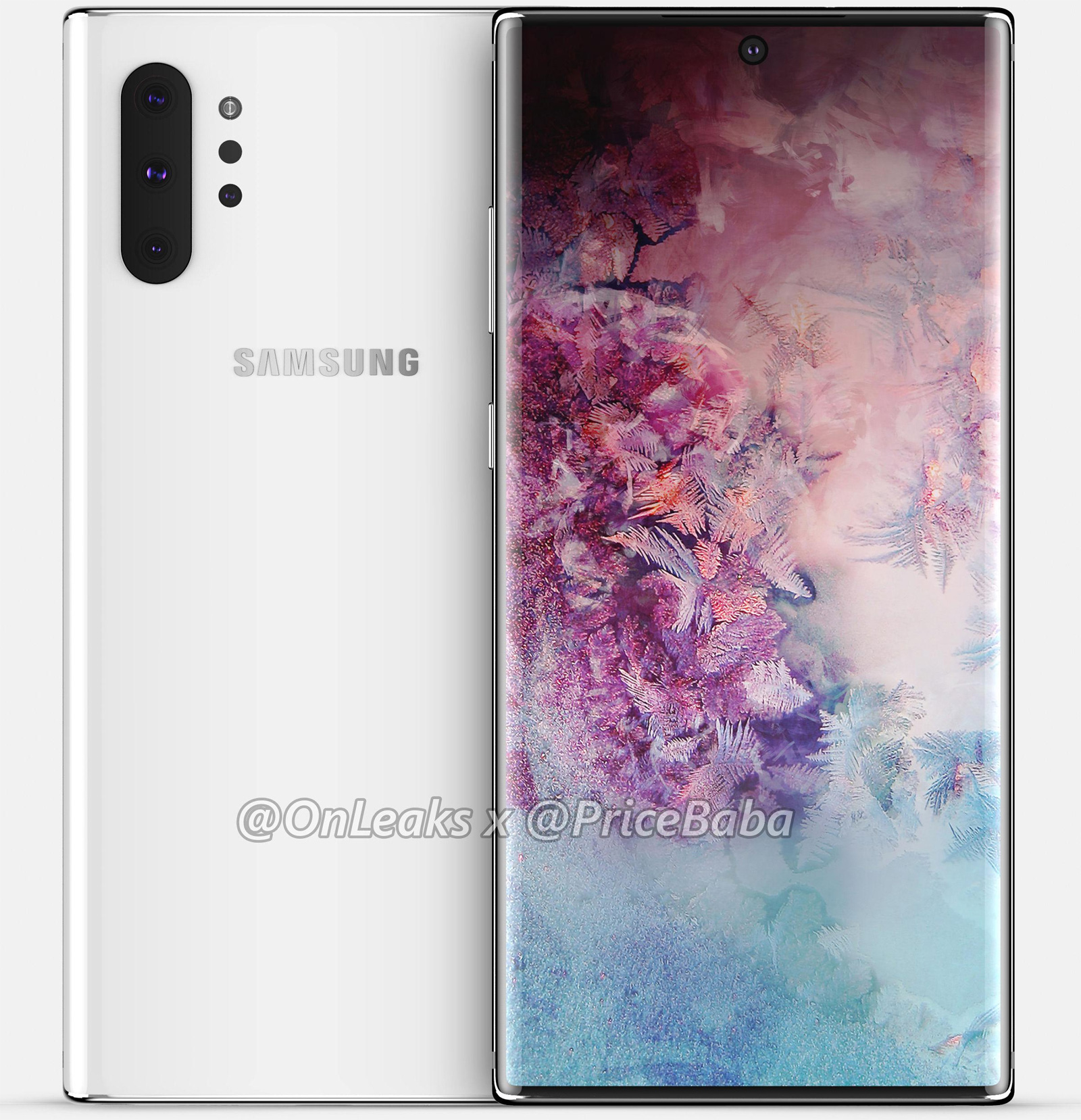 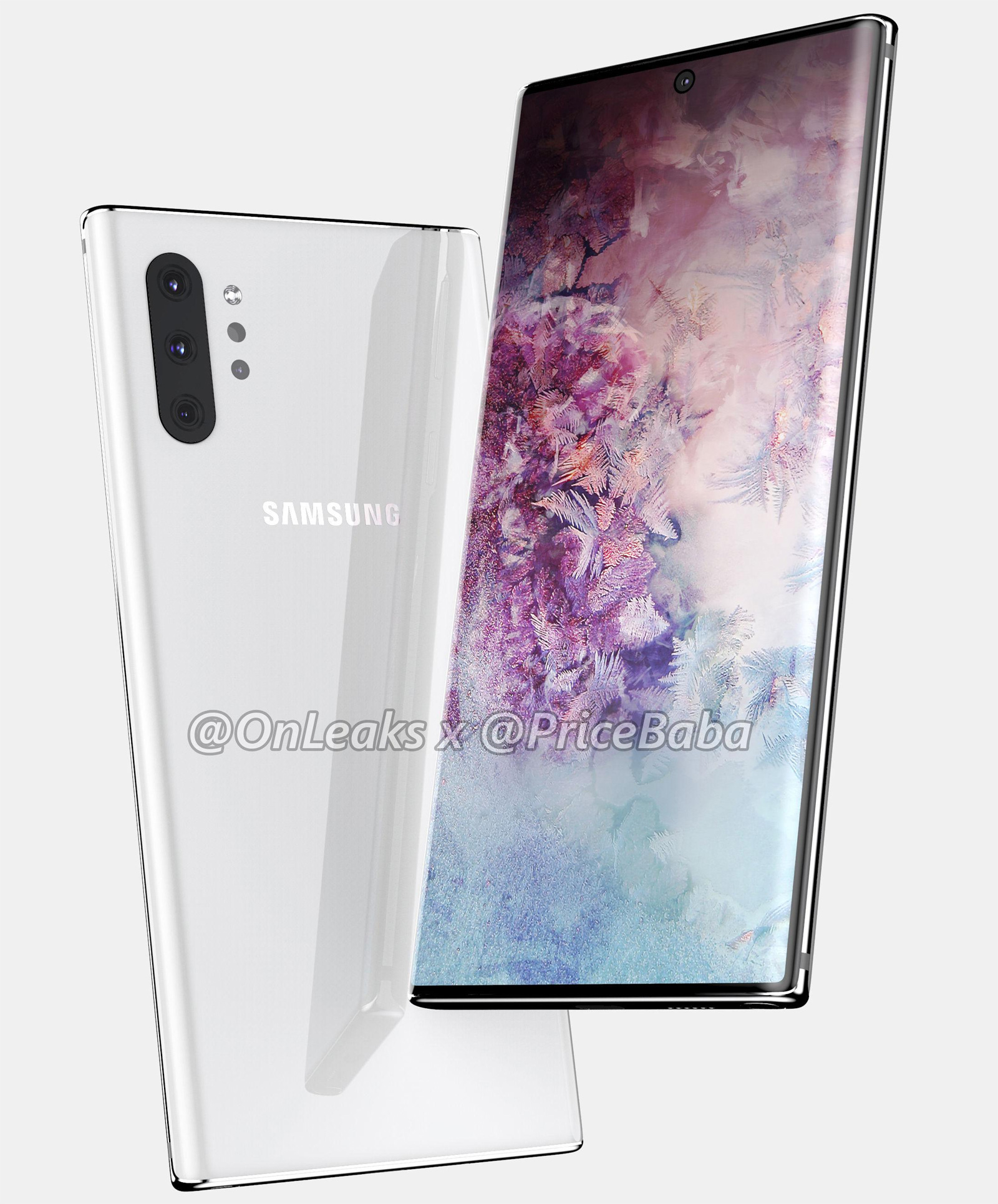 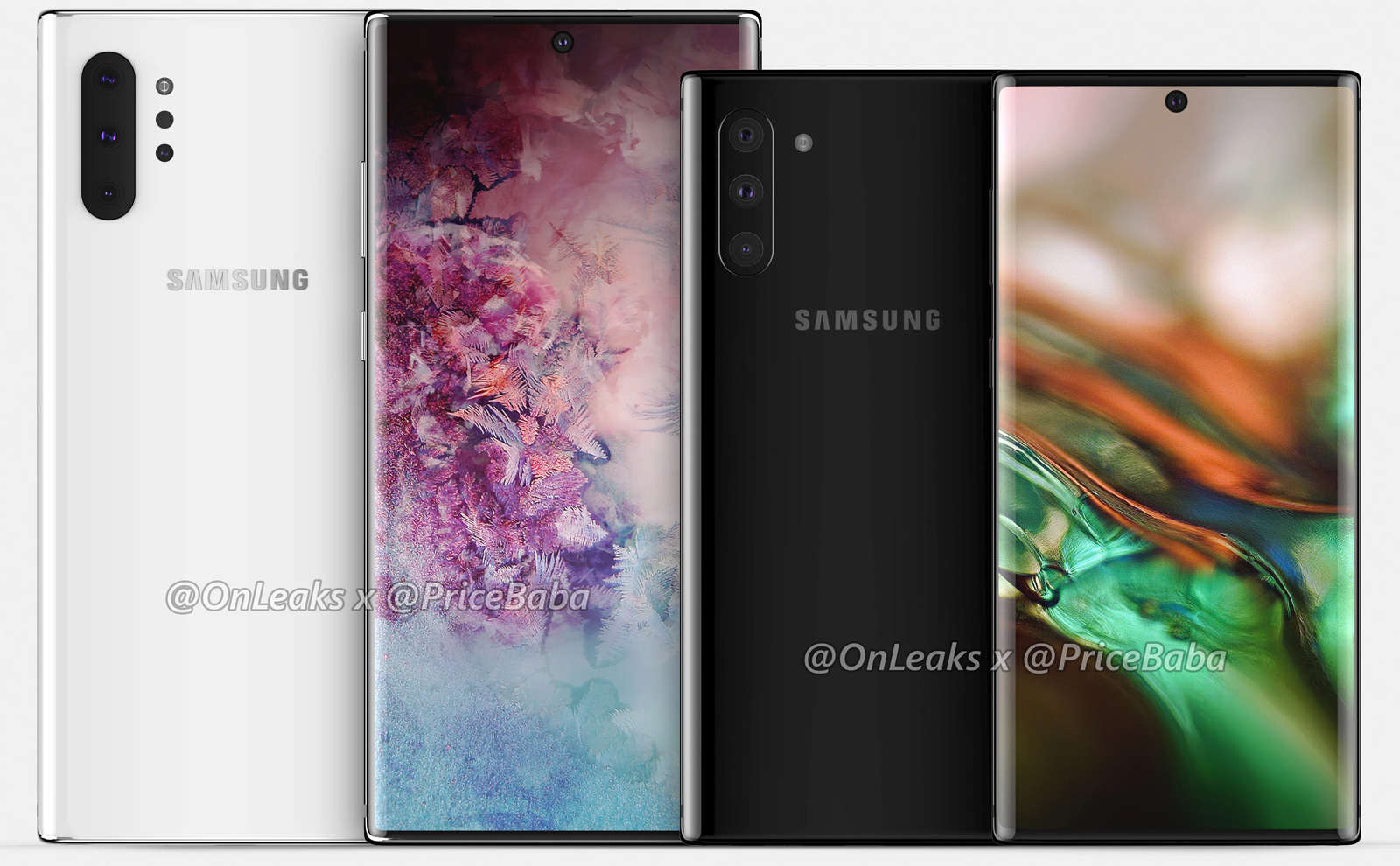