The Realme GT2 Explorer Master Edition has been finally unveiled after numerous leaks that left nothing to the imagination. The handset has a metal frame and plastic backplate available in black and white colors. There's also a Louis Vuitton-inspired beige variant with a back plate that has a leather-like pattern. The design is created in collaboration with the well-known fashion designer Jae-Jung. The front of the smartphone features a 6.7-inch AMOLED display with an FHD+ resolution, 120Hz refresh rate, 360Hz touch sampling rate, and 100% DCI-P3 color space coverage. The centrally placed punch hole houses the 16MP selfie camera. On the back, there's a 50MP Sony IMX766 main shooter adjoined by a 50MP ultra-wide unit with a 150-degree FoV and a 2MP macro lens.

The Realme GT2 Explorer Master Edition is based on a Snapdragon 8+ Gen 1 chipset with 8GB/12GB of RAM and 128GB/256GB of storage. The Adreno 730 GPU works in unison with Realme's custom-developed X7 chip which optimizes the performance of the display and its power consumption. It improves the touch responsiveness, and the refresh rate selection, and can even extrapolate frame rate from 30 fps to 120 fps during gaming. Two vapor chambers are responsible for the effective cooling of the chip and the device arrives with Realme GT Mode 3.0. Power is supplied by a 5000 mAh battery with 100W ultra-fast charging. Due to the GaN materials it uses, the battery promises longer autonomy than the competitors. The device runs on Android 12 with Realme UI 3.0 on top. It will be available in China only and is priced as follows: 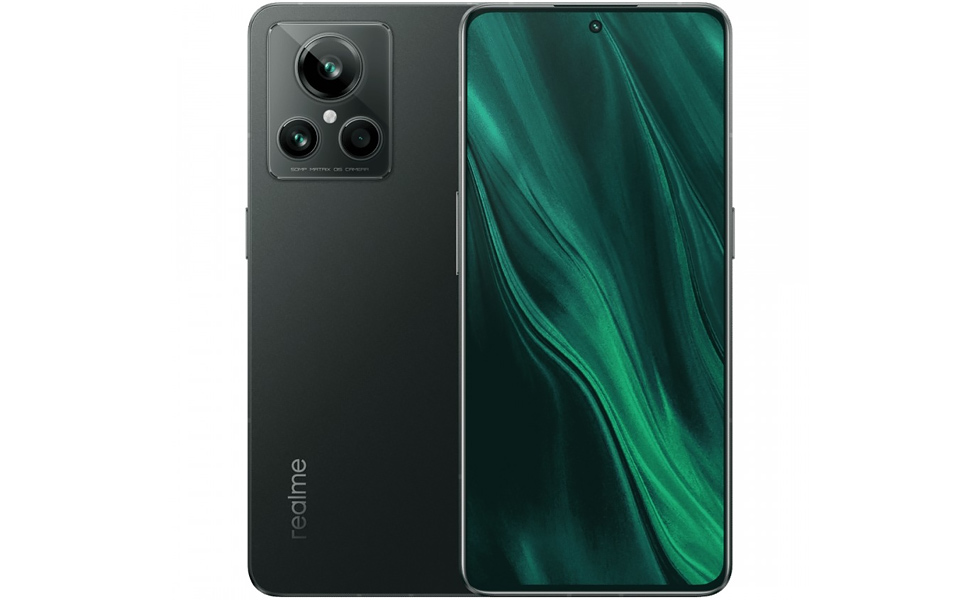 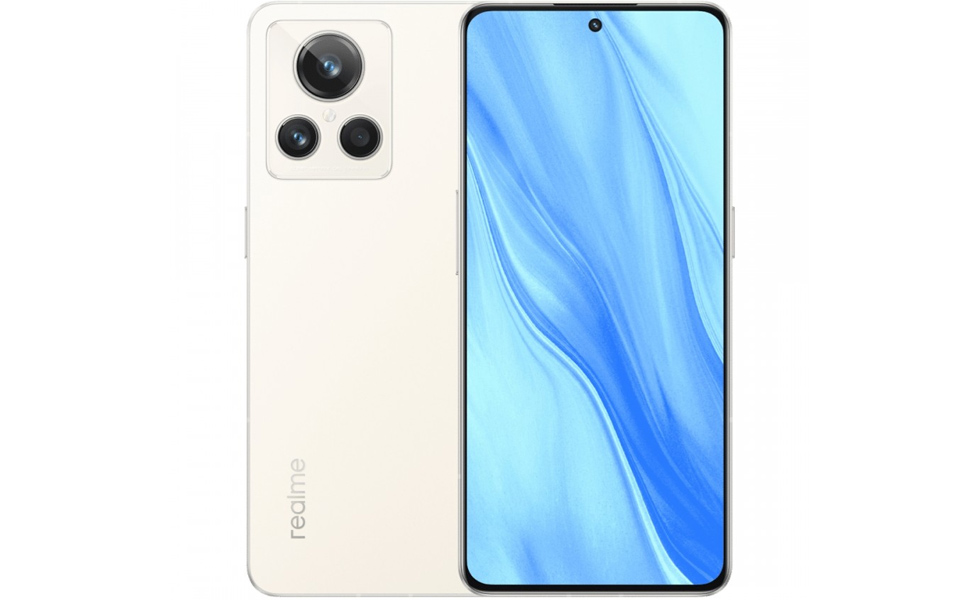 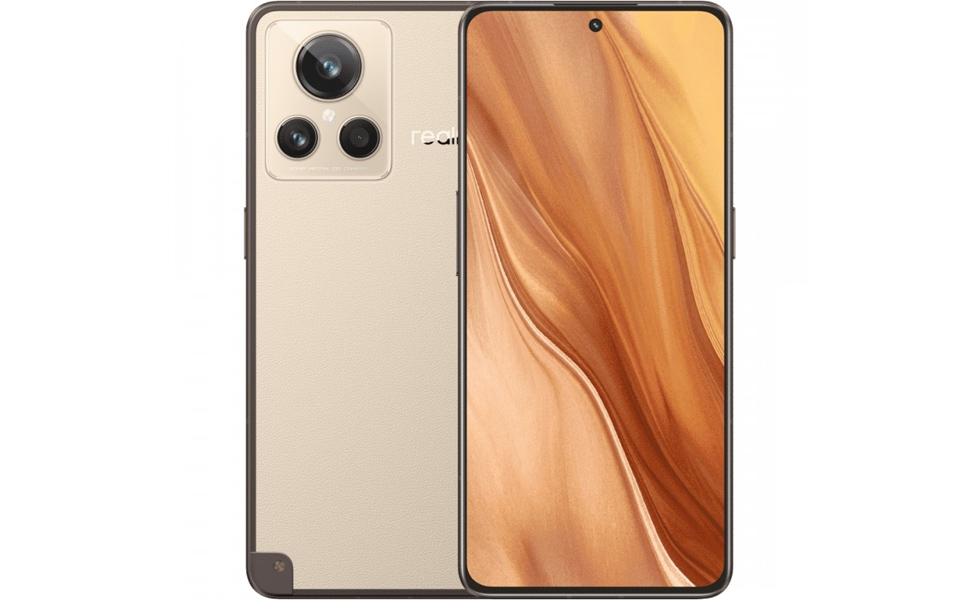 Realme GT2 Explorer Master Edition will be presented on July 12th and will be the first known smartphone to use the new LPDDR5X RAM. Compared to LPDDR5 RAM, the new standard offers 20% less power consumption. LPDDR5X (7.5 Gbps) is approximately 1.2 times faster than LPDDR5 (6.4 Gbps) and will effectively aid and improve 4K video recording and various AI processing. Realme also confirmed that the device will be based...

Realme Narzo 50i Prime has been unveiled today sporting entry-level specs that are very similar to those of the Realme C30. The new smartphone sports a 6.5-inch IPS display with an HD+ resolution. It is based on a Unisoc Tier T612 chipset with 3GB or 4GB of RAM and 32GB or 64GB of storage. Power is supplied by a 5000 mAh battery. The camera department is very simple - an 8MP rear shooter and a 5MP selfie snapper...

Realme India has introduced a very basic smartphone for the local market - the Realme C30. It is based on a Unisoc Tiger T612 chipset with a 2GHz octa-core CPU and a Mali-G57 GPU. There are 2Gb or 3GB of RAM and 32GB of storage that can be expanded. There's a dedicated slot for a microSD card. The camera department is more than modest - a single 8MP unit on the back with a 4-element lens and an f2.0 aperture plus a...

Realme Q5x is unveiled in China, will launch on June 23rd

Realme Q5x is a new 5G entry-level offering by Realme for the Chinese market. The device is priced at CNY 999 and is planned for a June 23rd launch. It is available in Ink Cloud Black and Star Blue colors. The only RAM+storage variant is 4GB and 64GB, respectively. It has a triple-slot tray for two Nano-SIM cards, each with 5G support, and a dedicated slot for a microSD card. Based on a MediaTek Dimensity 700...

Realme V20 5G has been unveiled in China. For the local market, the V series is the budget one, and indeed, in China, it costs CNY 999 which is roughly €142 or $148. The smartphone is quite ordinary - a 6.5-inch HD+ IPS display, a 5MP selfie camera, 13MP mai shooter, and a 5000 mAh battery with 10W charging. The most interesting thing about it is the MediaTek Dimensity chipset which ensures 5G connectivity. There...

The Realme GT Neo 3T was announced together with the global launch of the GT Neo3. The new model switches to a Snapdragon 870 chipset with 8GB of RAM and 128GB or 256GB of UFS storage. The chip is aided by a stainless steel vapor chamber cooling system. The model also ups the resolution of the main camera to 64MP, while the rest of the shooters remains the same - an 8MP ultra-wide unit with a 119-degree FoV, a 2MP...

The Realme GT Neo3 Naruto Limited Edition was announced in China today. It is the same in terms of specifications as the Realme GT Neo3 with a 4500 mAh battery and 150W fast charging but has a specific Naruto-themed UI, body, and package design. The smartphone features a Dimensity 8100 chipset that offers a 3.2GHz CPU and a hexa-core Mali-G610 GPU. They are paired with MediaTek's APU 5.0 technology, GT Mode 3.0, AU...

The Realme Q5i has just been launched in China with prices starting at CNY 1199 for the 4GB+128GB version and CNY 1299 for the 6GB+128GB version. The built-in storage is UFS 2.2 type and can be expanded. There's also a RAM expansion technology on board for up to 5GB of additional RAM. The smartphone is based on a MediaTek Dimnesity 810 chipset and packs a 5000 mAh battery supporting a 33W fast charge. The Realme Q5i...