The wait is over. Apple has finally unveiled the much anticipated iPhone 14 series running on the new iOS 16. This year's series comprises four models - a vanilla one, Plus, Pro, and Pro Max. The US-bound models from now on will no longer has a SIM tray and physical SIM. They will use eSIM only. 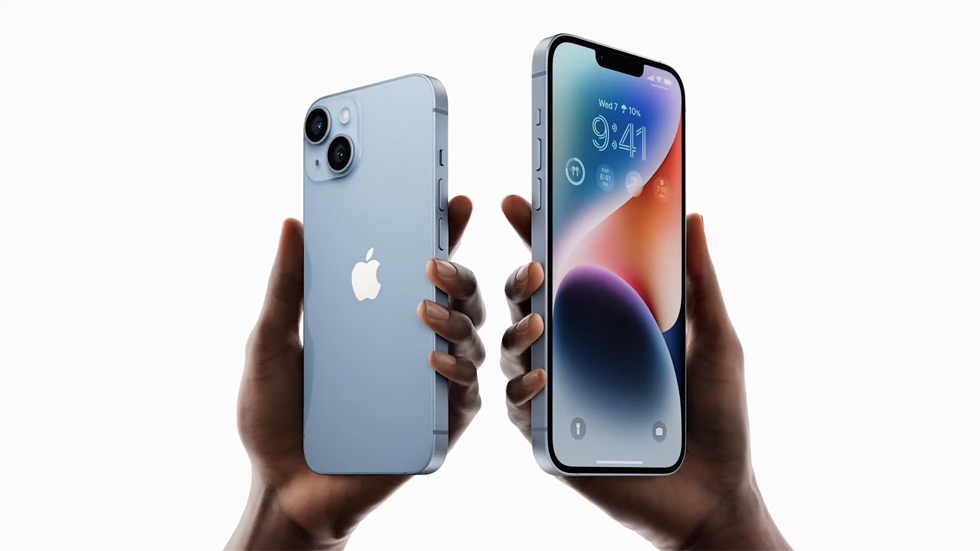 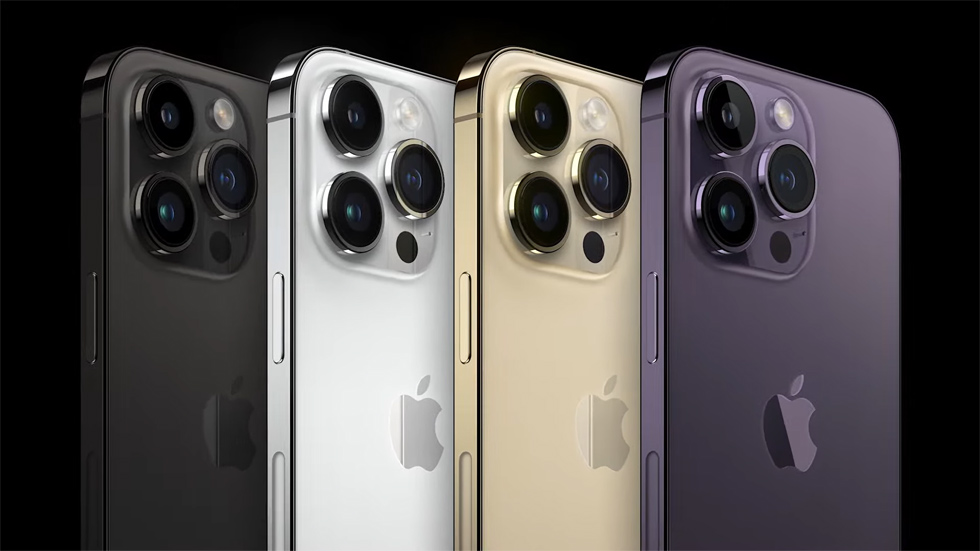 The iPhone 14 Pro and the iPhone 14 Pro Max are Apple's smartphones for this year which offer something new. The differences between the two models are again in the size of the display with the Pro version offering a 6.1-inch diagonal size, while the Pro Max offers a 6.7-inch diagonal size. All else is the same. They use Super Retina XDR OLED displays with a 120Hz refresh rate, 1600 nits of HBM, and 2000 nits of peak brightness. In addition to the increased refresh rate, the Pro and Pro Max offer for the first time on an iPhone a big resolution sensor. The main camera on both models uses a 48MP sensor with an f/1.6 lens. It is adjoined by a 12MP ultra-wide unit and a 12MP telephoto camera with OIS, PDAF, and 2x optical zoom. All three cameras are aided by a Photonic Engine with second-generation sensor-shit OIS. The selfie camera resides in the so-called Dynamic Island that changes its shape and size depending on the type of notifications you receive and what activities are running on the background. It is also completely interactive. For the first time, the proximity sensor is placed entirely under the display. Another major upgrade is the usage of the Apple A16 Bionic chip built on the 4 nm process. It uses a 6-core CPU, a 5-core GPU, a new Display Engine, and a new 16-core Neural Engine. Again, battery life is mentioned as an "all-day" one. The iPhone 14 Pro starts at USD 999 and the iPhone 14 Pro starts at USD 1099. Pre-orders begin Friday, September 9, with availability beginning Friday, September 16.

It's official. Apple will introduce the iPhone 14 and iPhone 14 Pro series on September 7, Wednesday. The event will commence at 10:00 a.m. PT at the Steve Jobs Theater in Cupertino, California. So far, rumors suggest that the 6.1" iPhone 14 and the 6.7" iPhone Max won't get much changes compared to their iPhone 13 counterparts. They will still feature the A15 chip. The "mini" model will be phased out. It is the...

Bloomberg reported that Apple has chosen September 7 as the date for the iPhone 14 series reveal. According to the reporter, Mark Gurman, the devices will be launched on September 16. The information comes from "people with knowledge of the matter.". Earlier, leaksters ihacktu and Max Weinbach mentioned September 7 as the date of the event. The event will be pre-recorded and streamed online. The Bloomberg report...

UBI Research has come up with a list of the devices included in the upcoming iPhone 14 series with their respective display specifications and panel vendors. For starters, it is clearly visible that the 5.4" iPhone mini will not make it for the iPhone 14 series. There will be a 6.99-inch Max model instead. The specifications also unveil that the vanilla and Max models will have LTPS displays with small notches...

Apple has announced its most powerful iPad Air 2022 featuring the M1 chipset with two times faster GPU, 60% faster CPU, and iPad OS on board. The tablet is adorned with a 10.9-inch Liquid Retina display in a recycled aluminum enclosure. The True Tone display covers the DCI-P3 color space and has an anti-reflective coating. Just like on the previous iPad Air (2020), the Touch ID sensor is integrated into the top...

Apple has just unveiled the iPhone SE (2022) - a smartphone that looks like the iPhone 8 with a front-facing home button flexing an embedded fingerprint sensor. The dated design is complemented by a very small IPS display - 4.7 inches. However, at the core of the iPhone SE (2022) is the latest A15 Bionic chip with its 6-core CPU and 16-core Neural Engine that really elevates the smartphone experience to a new level...

For the presentation of the iPhone 13 series, Apple started with the iPhone 13 and the iPhone 13 mini. They share the same design and features, the mini simply packs all this in a smaller form factor. Both models have the same sleek, flat-edge design known from the past few years with an aluminum alloy body and Ceramic Shield for the display. IP68 rating for water and dust resistance has also been mentioned. Both...

Apple jas just unveiled the new iPad and iPad mini. The 2021 Apple iPad features an A13 Bionic chip offering 20% faster performance in CPU, GPU, and Neural Engine. It also features an upgraded ISP for better photos. The front camera packs a 12MP sensor and a lens with a 122-degree field of view with Center Stage. Center Stage automatically detects people and moves the frame to follow them. This feature is supported...