Lei Jun has published a poster on Weibo which not only unveils that the Mi Band 4 will be announced on June 11th together with Xiaomi Mi 9T and the Mi 9T Pro but also unveils the design of the Mi Band 4. Lei Jun said that the upgrade is significant. For starters, the new band has a larger screen - 39.9% bigger than that on Mi Band 3. It will also have a colour display and will support colour personalized dial. Earlier leaks show that there should be two versions of the band. Both should support Bluetooth 5 and one should support NFC as well. The battery capacity is increased to 135 mAh compared to the 110 mAh pack on the Mi Band 3. 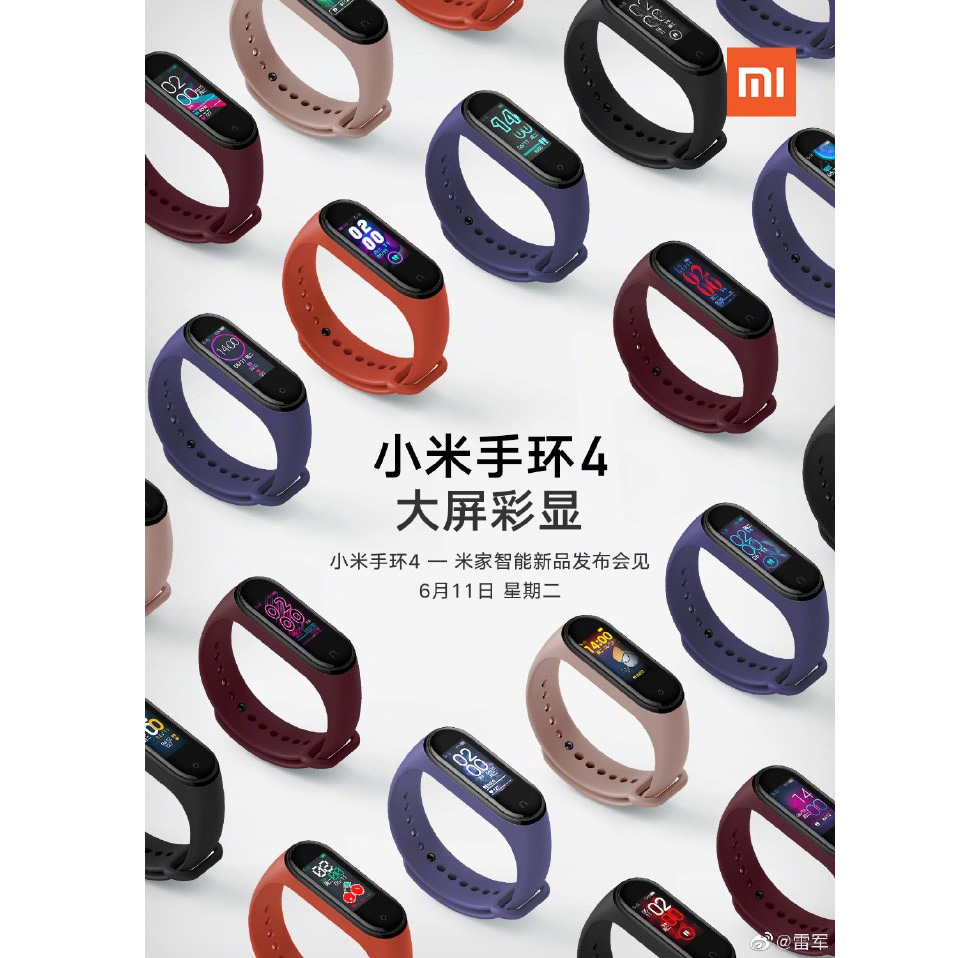