The differences are mainly in the camera department. Vivo X90 features a 50MP Sony IMX866 main shooter with an f/1.75 aperture and OIS. It is adjoined by a 12MP Sony IMX663 ultra-wide unit with an f/2.0 aperture, a 116-degree FoV, and a 6-element lens. The same 12MP Sony IMX663 sensor powers the third camera - a telephoto unit with 2x optical zoom, autofocus, a 6-element lens, and a 50 mm focal length equivalent. Vivo X90 Pro features the new 1-inch Sony IMX989 sensor used in the device's main camera with an f/1.75 aperture and OIS. The second rear unit is a 50MP Sony IMX758 portrait one with a 50 mm focal length equivalent. There's a dedicated 64MP periscope telephoto camera with a 90 mm focal length equivalent and 3.5x optical zoom. Finally, there's a 48MP Sony IMX598 ultra-wide unit. The cameras use Zeiss lenses with Zeiss T* coating. They are also powered by Vivo's new V2 ISP chip.

The battery capacities are as follows - Vivo X90 arrives with a 4810 accumulator and the Vivo X90 Pro has a 4870 one. The models are fitted with dual stereo speakers and run on Android 13 with OriginOS 3.0 on top with NFC support. The vanilla model is available in red, blue, and black. Its price starts at CNY 3699 for the base 8GB+128GB variant. The Pro model is available in black and red colors, and its price starts at CNY 4999 for the 8GB+256GB base version. 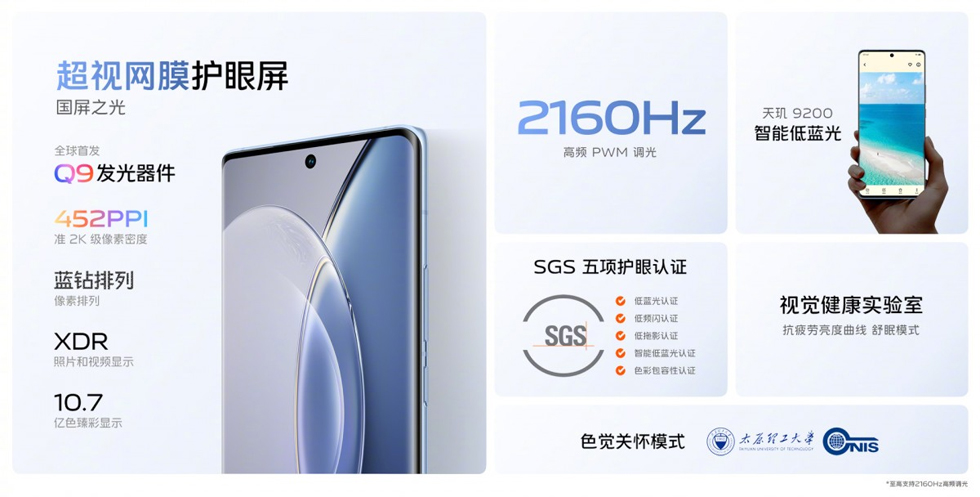 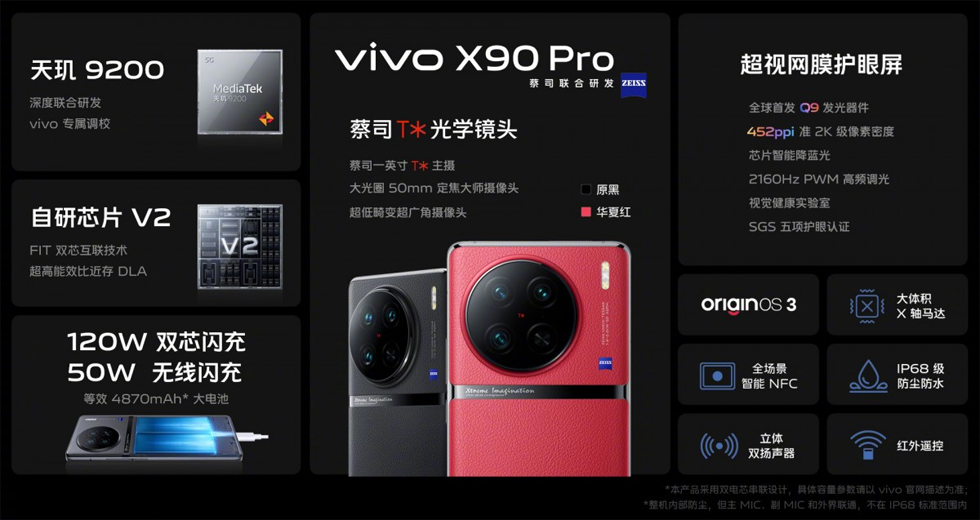 MediaTek has just announced its Dimensity 9200 chipset. It is based on TSMC's second-generation 4nm process that integrates 17 billion transistors. The new chip also uses the second-generation ArmV9 architecture with a pure 64-bit large-core CPU. It is the first chip to integrate the Immortalis-G715 Hardware Ray Tracing GPU and the first to be Wi-Fi 7 ready. Dimensity 9200 works with LPDDR5X RAM with 8533 Mbps...

Vivo Y52t goes official in China, is the Vivo Y33e 5G but in different colors