The next model from Ulefone's Armor series is a subject to fundraising via Kickstarter. The Ulefone Armor 9 has already spent 9 days on the platform at the time of writing this text. Obviously, the handset has all the usual protection ratings - IP68, IP69K, and MIL-STD-810G. Some of the highlights of the "first industrial-grade ruggedized smartphone" include a thermal imaging camera which is a part of the quad-camera setup on the back of the device. A 64MP Samsung GW1 rear camera heads the quartet. It is aided by a quad-LED flashlight.

In addition, the Ulefone Armor 9 will be powered by a 6600 mAh battery and will be based on a MediaTek Helio P90 chipset. 8GB of RAM and 128GB of built-in storage are provided as well. The smartphone has a 6.3-inch FHD+ IPS display and runs on Android 10. It supports NFC, global LTE bands. The device also has a portable endoscope accessory but it is not included in the box. 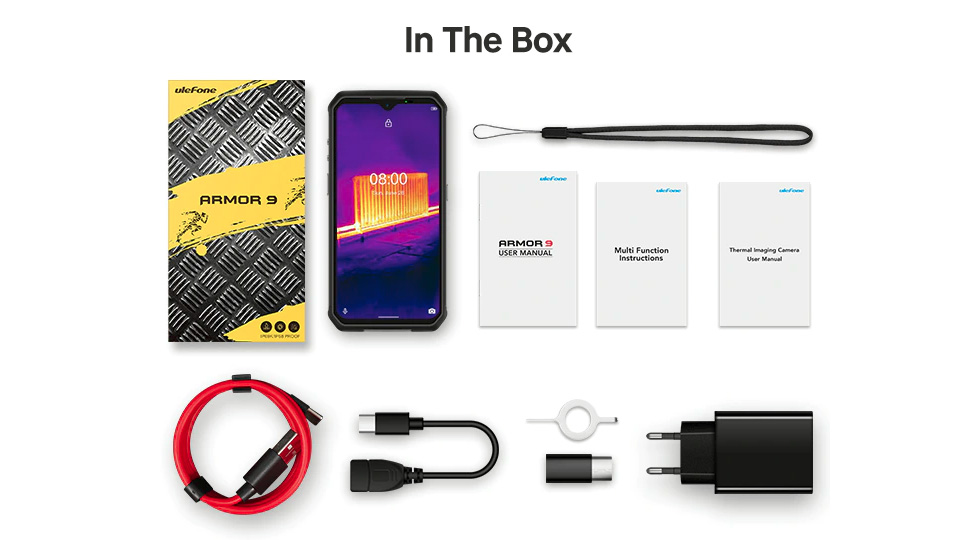 Ulefone has been quiet for quite some time. It has recently launched two budget smartphones directly via online retailers such as Banggood, GearBest, AliExpress. The first is the Ulefone Armor X7 Pro. This model is identical to its predecessor - the Ulefone Armor X7. The only difference is that it has twice as much RAM and storage - 4GB and 32GB, respectively. The rest is the same - 5" IPS HD+ display, 4000 mAh...

Ulefone has managed to establish its Armor series of rugged smartphones as being very successful one. After the Ulefone Armor 7 which has been recently launched, the company is now getting ready for the Ulefone Armor X7. The Armor X series brings affordable ruggedized smartphones to the market. They do not compromise in terms of rugged features and capabilities but offer downgraded specs compared to the Armor...