Just like each and every entry in the Galaxy A series, the Samsung Galaxy A52 and Samsung Galaxy A52 5G were designed to offer more people access to Samsung Electronics' powerful innovations. Both devices feature a sophisticated new design, and both are packed with technologies that empower users to express themselves.

Featuring a water- and dust-resistant body (IP67) with a 6.5-inch, FHD+ 90Hz Super AMOLED display, the Samsung Galaxy A52 opens the door for users to do more with their mobile device, more freely than ever before. The Samsung Galaxy A52 5G takes everything that makes the Galaxy A52 so great and makes it even better with features like 5G connectivity and a 120Hz refresh rate. Both devices are powered by 4500 mAh batteries, have stereo speakers with Dolby Atmos support, and support external memory up to 1TB. Ech has a 64MP main camera with an f/1.8 aperture, 12MP ultra-wide unit with an f/2.2 aperture, a 5MP macro lens, and a 5MP depth-sensing unit. The front camera uses a 32MP sensor and an f/2.2 lens. They both run on the latest One UI 3. The Samsung Galaxy A52 features a 2.3GHz octa-core CPU with 4GB/6GB/8GB of RAM and 128GB/256GB of storage. The Samsung Galaxy A52 5G packs a 2.2GHz octa-core CPU with 5G support, 6GB/8GB of RAM and 128GB/256GB of storage. Both models are available in four colors: Awesome Black, Awesome Violet, Awesome Blue, Awesome White. 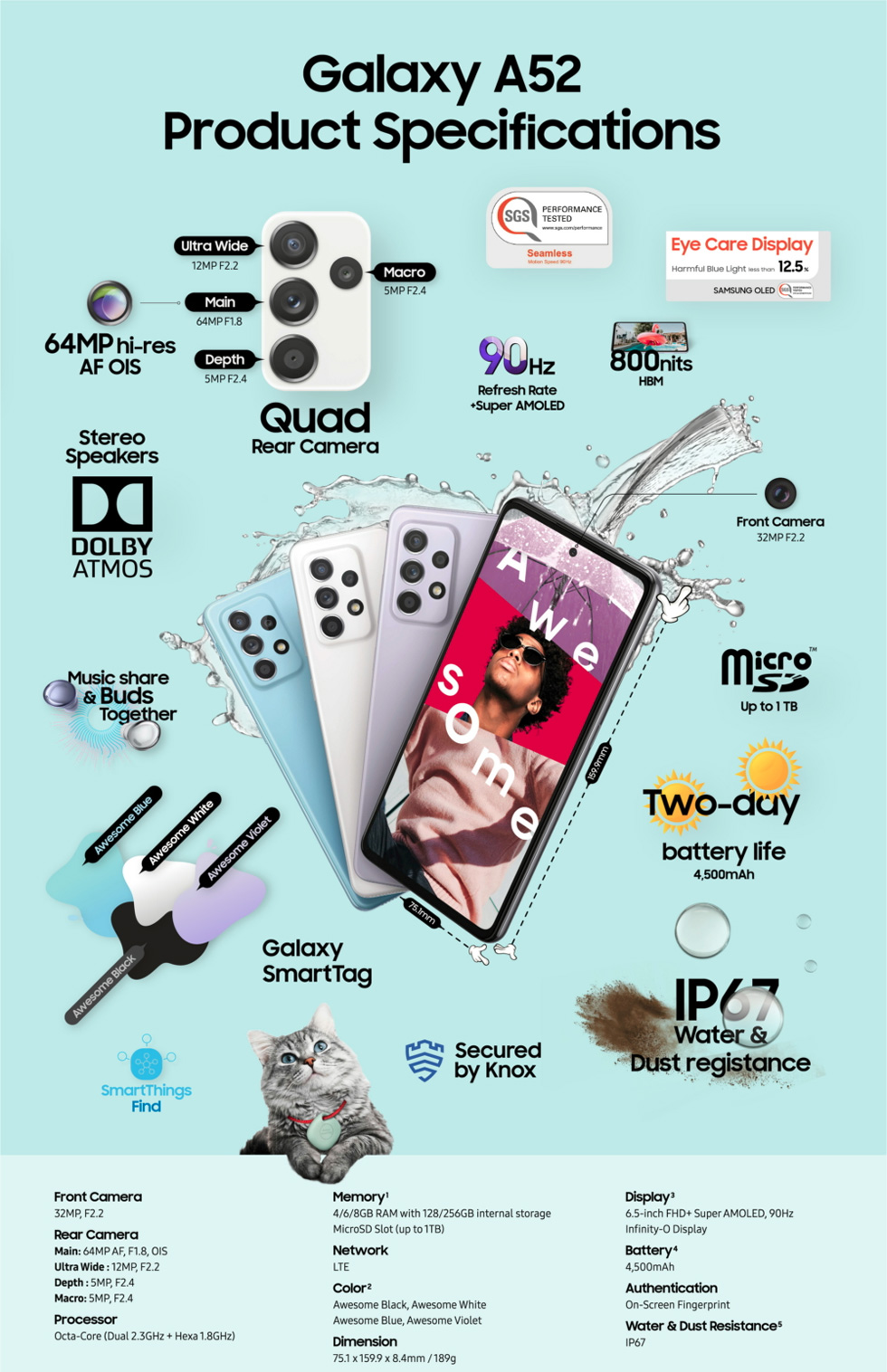 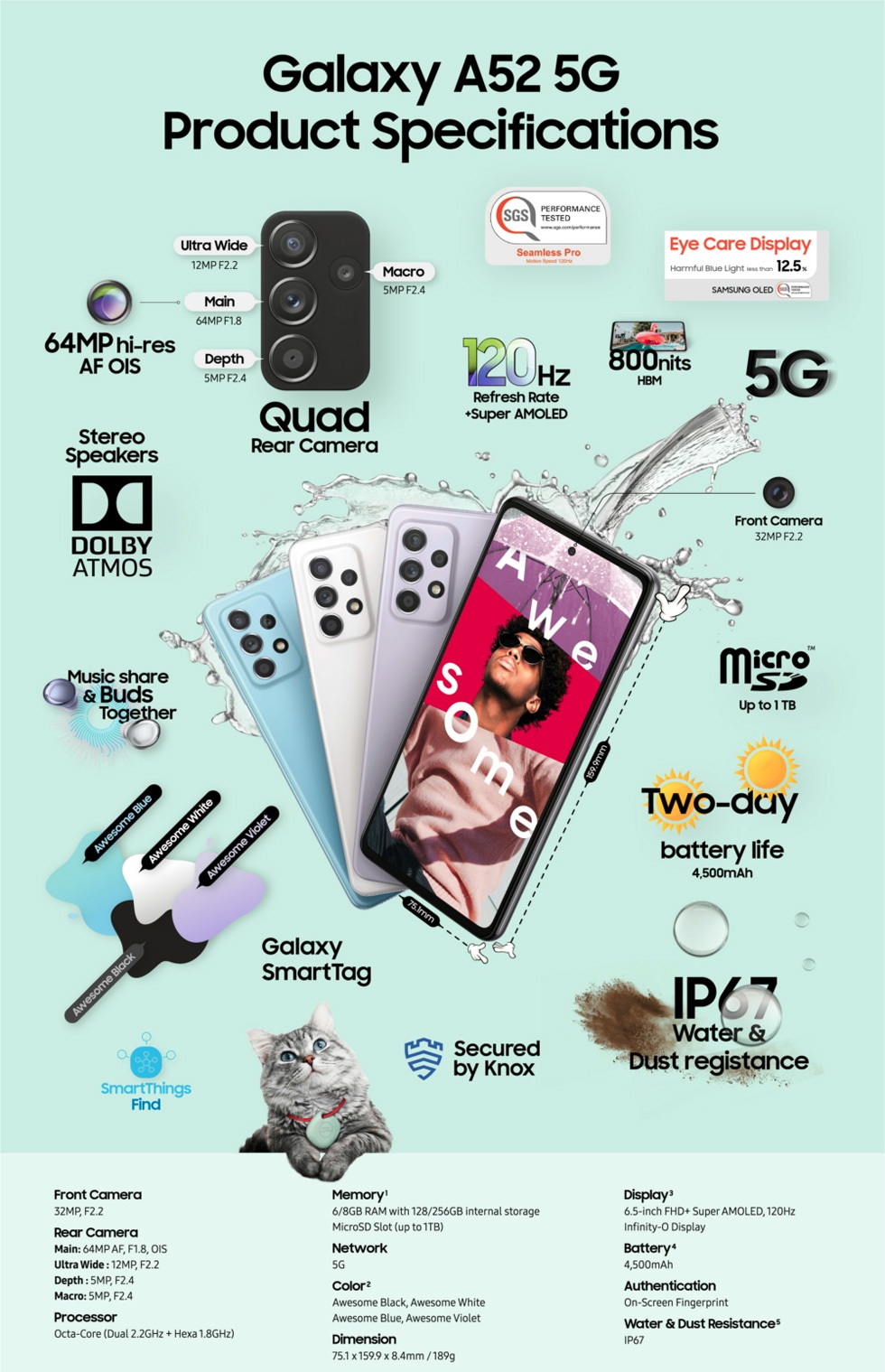