nubia has just unveiled the Red Magic 5S gaming smartphone as promised. It remains largely unchanged compared to its sibling - the Red Magic 5G. The most important new feature is the largely improved cooling system.

For starters, the north-south air duct design has been redesigned for stronger heat dissipation. The duct surface area has been increased to 4000 sq. mm - an increase of 56% over the previous generation. Moreover, nubia has used aerospace-grade nanomaterials with high thermal conductivity.

Secondly, there's a new silver heat sink placed in the middle between the rear shell and the battery. From the large thermal copper plate (54 x 86 mm), heat is transmitted to the silver heat sink on the sheet. Paired with the 15,000 RPM fan, it improves cooling.

All the rest is the same as on the Red Magic 5G. The Red Magic 5S offers a 144Hz refresh rate and a 240Hz touch sampling rate. You can switch to 90Hz and 60Hz as well. The AMOLED display has a 6.65-inch size with a resolution of 1080 x 2340 pixels, 100% DCI-P3, DC dimming, HDR support. The smartphone is equipped with three rear cameras, including a 64-megapixel Sony IMX686 main shooter, an 8MP ultra-wide-angle AF camera, and a 2MP macro unit. The main camera has a 78.3° FoV. Power is supplied by a 4500mAh battery with 55W fast charging. There's a USB Type-C port on board compatible with the QC4.0, PD3.0 PPS protocols for fast charging.

The Red Magic 5S is priced as follows: 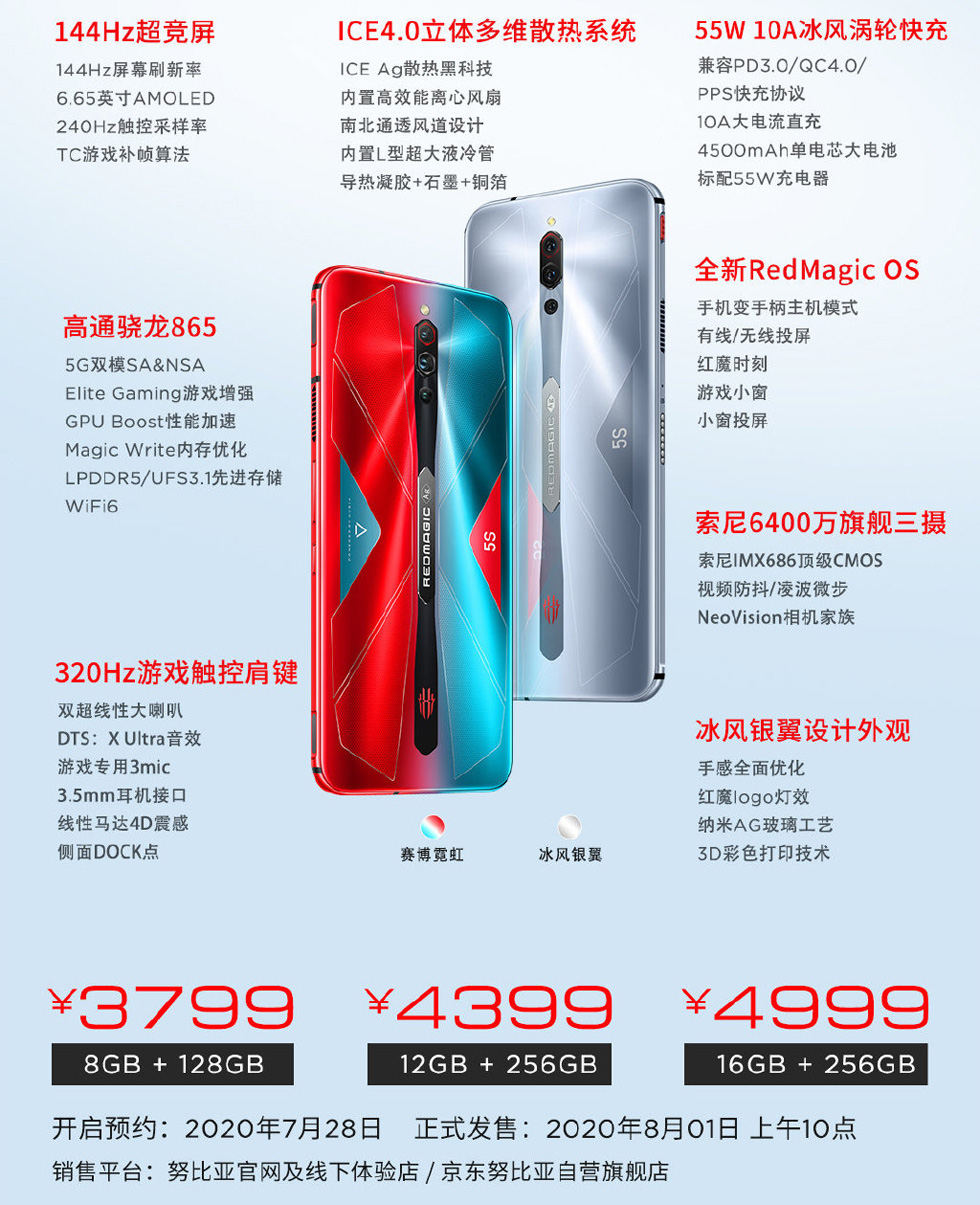