In addition to the ROG Phone 6D and 6D Ultimate, Asus also unveiled the ROG Phone Batman Edition. The device is just like the models from the 6 and 6D series, literally, because it has two versions - one a ROG Phone 6 Batman Edition with Dimensity 9000+ and a ROG Phone 6 Batman Edition with Snapdragon 8 Gen 1. Specs-wise, there's nothing new. It is the model's design, box, and set of accessories that are dedicated to the Batman theme. For starters, the smartphone is designed in Night Black color with a Batman logo on the rear shell and offers Batman-inspired wallpapers and UI. The box is actually a big carrying case with a Batman-inspired design. All accessories inside are Batman-inspired even down to the SIM tray pin. Among those, there's a LED bat signal lamp and a Batman Aero Case. The Dimensity 9000+ version of the model is priced at EUR 1199 in Europe. In North America, it will be available with a Snapdragon 8 Gen 1 chip but pricing for this variant has not been announced. 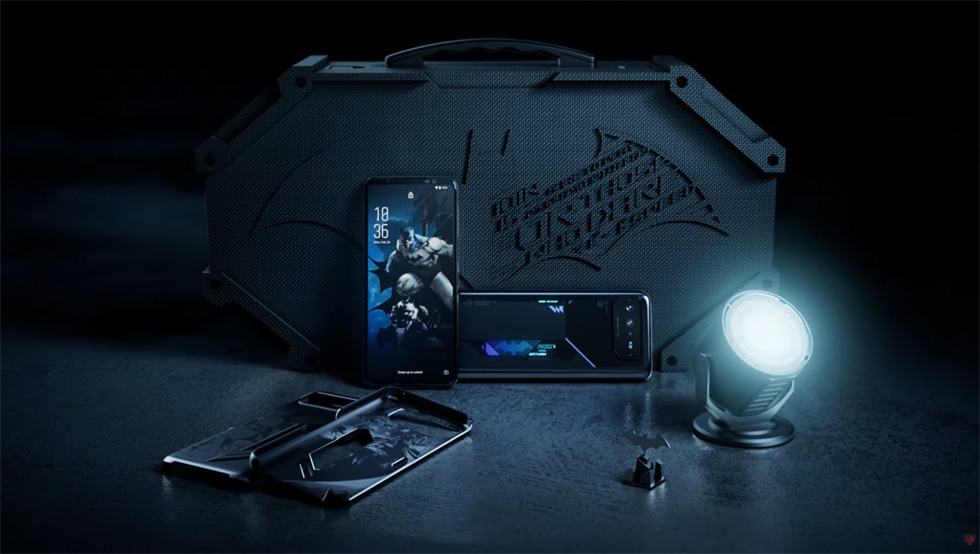 The Asus Zenfone 9 has been just unveiled continuing the brand's attempts to establish a niche for flagship smartphones that offer a very compact form factor without compromising on performance. The model's tagline is by no chance "Compact size, Big Possibilities." It retains the footprint of the previous Zenfone generation while offering upgrades and improvements in all aspects. For starters, the device is built...

Asus has just unveiled the ROG Phone 6 and the ROG Phone 6 Pro. Both smartphones are based on Qualcomm's Snapdragon 8+ Gen 1 Mobile Platform. However, upgrades do not stop at providing the latest hardware. The guys from Republic Of Gamers have gone many steps further in analyzing gaming behavior and providing intelligent cooling solutions, so gamers enjoy the best performance out of this latest hardware. According...