Asus has already announced that its third gaming smartphone - the ROG Phone 3 will be announced on July 22. The "ROG 2020 Game Changer" special event will be simultaneously held in three places: Taiwan, Milan and New York . The online launch event will start at 11 pm Taiwan time. The Asus ROG Phone 3 will be powered by the Snapdragon 865+ mobile platform. The latter will be paired with up to 16GB of RAM and up to 512GB of built-in storage. A 5000 mAh battery with 30W fast charging support will be provided. The smartphone will be built around a 6.59-inch AMOLED display with an FHD+ resolution and probably a refresh rate of 144Hz. The camera department will feature a 13MP selfie snapper, while the main shooter on the back will pack a 64MP sensor. The smartphone will run on Android 10 with ROG UI on top.

Today, Lenovo confirmed that its Lenovo Legion gaming smartphone will also be announced on July 22nd. This device will pack a Snapdraon 865 Plus chipset as well. It will also have an FHD+ display with a 144Hz refresh rate, 270Hz touch sampling rate, 16GB of LPDDR5 RAM and 512GB of UFS 3.1 storage.

For sure, this is a direct market battle with July 22nd becoming one of the most interesting dates in smartphone battles this summer. 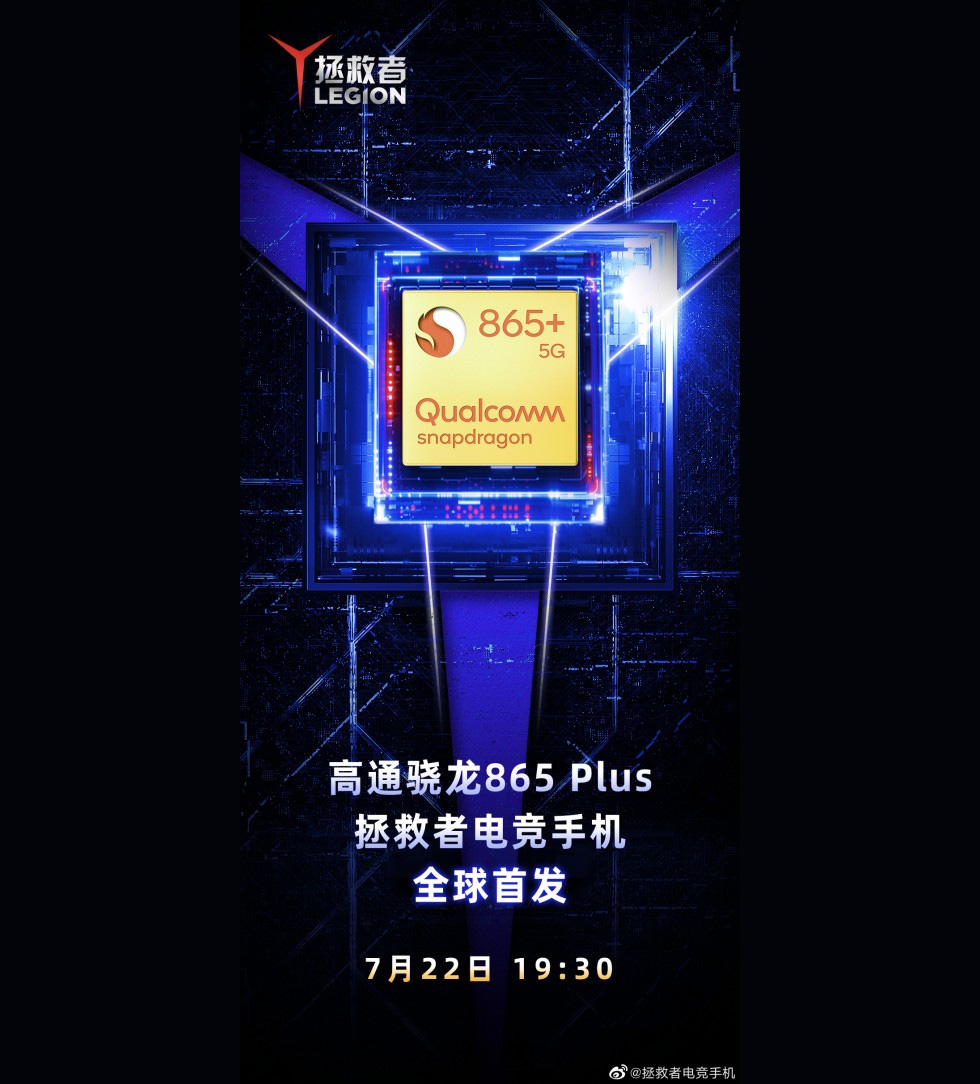