The Samsung Galaxy A82 has been spotted on Google Play Console. According to the listing, the device runs on Android 11 and is equipped with a Snapdragon 855+ chipset with 6GB of RAM. The handset has a flat screen with a small punch hole in the top center for the selfie camera. While the panel type is not specified, it is visible that it will have a 6.67-inch diagonal size and an FHD+ resolution (1080 x 2400 pixels). 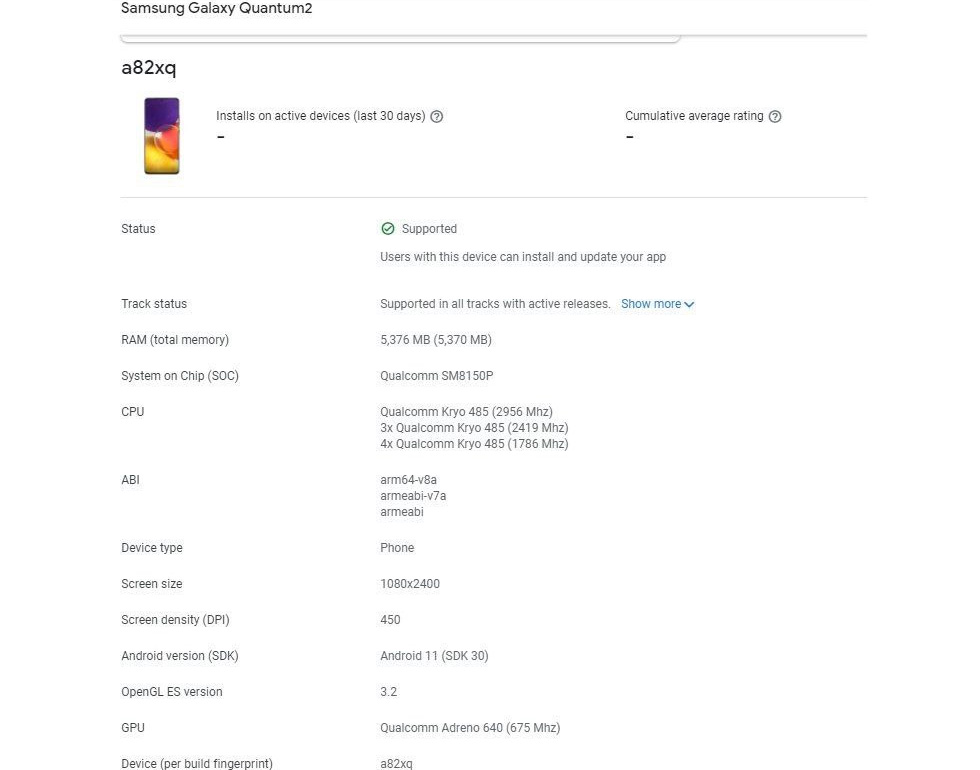 Source
The Samsung Galaxy A22 5G goes official in India

A Samsung Galaxy Unpacked event is scheduled for April 28

Samsung has sent out invites for a Galaxy Unpacked event scheduled for April 28. The invitation says that Samsung will present "the most powerful Galaxy yet." A teaser video is accompanying the video invitation, so you can check both below.