Today, in a series of posts, Roland Quandt shared on Twitter that according to his source, Samsung will indeed release three versions of the Galaxy S10. These are SM-G970F and G970U, SM-G973F and G973U, SM-G975F and G975U. Purportedly they are in testing. Moreover, Samsung is also working on an in-house Communication Processor with 5G-NR. It is part of the "Shannon" line and most probably will be part of the Exynos 9820 which was announced today. Indeed, he has further added that "the new 5G capable Shannon CP is for the S10." (Galaxy S10 render credit: Venya Geskin). 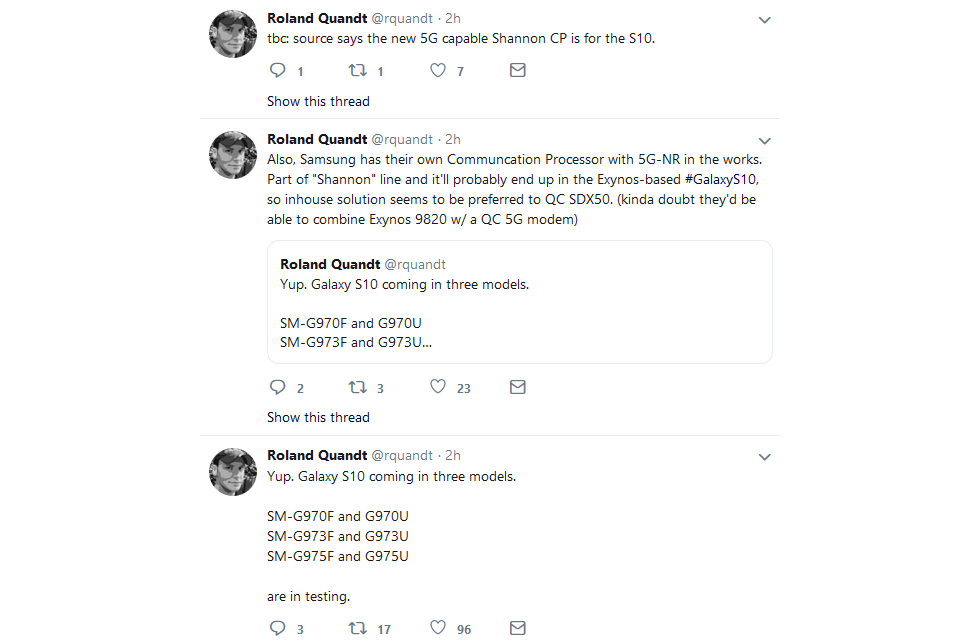