nubia's co-founder Ni Fei took to Weibo to tease the Red Magic 5G by posting a render that unveils a transparent back for the smartphone. Whether this will be a separate version or the phone will ship this way remains to be seen. It is worth saying that the various elements seen on the render simply confirm what has been known so far as main selling points of the model. nubia plans on unveiling the Red Magic 5G on March 12. The model has already been certified by TENAA with model code NX659J. It will pack a Snapdragon 865 chipset with a Snapdragon X55 modem providing 5G SA and 5G NSA support. It is expected that the device will sport up to 16GB of RAM. Moreover, the Red Magic 5 will arrive with an advanced air+liquid cooling system. The handset will feature a 64MP Sony IMX686 main camera, 144Hz display and will pack a 4500 mAh battery with a 55W fast charger. 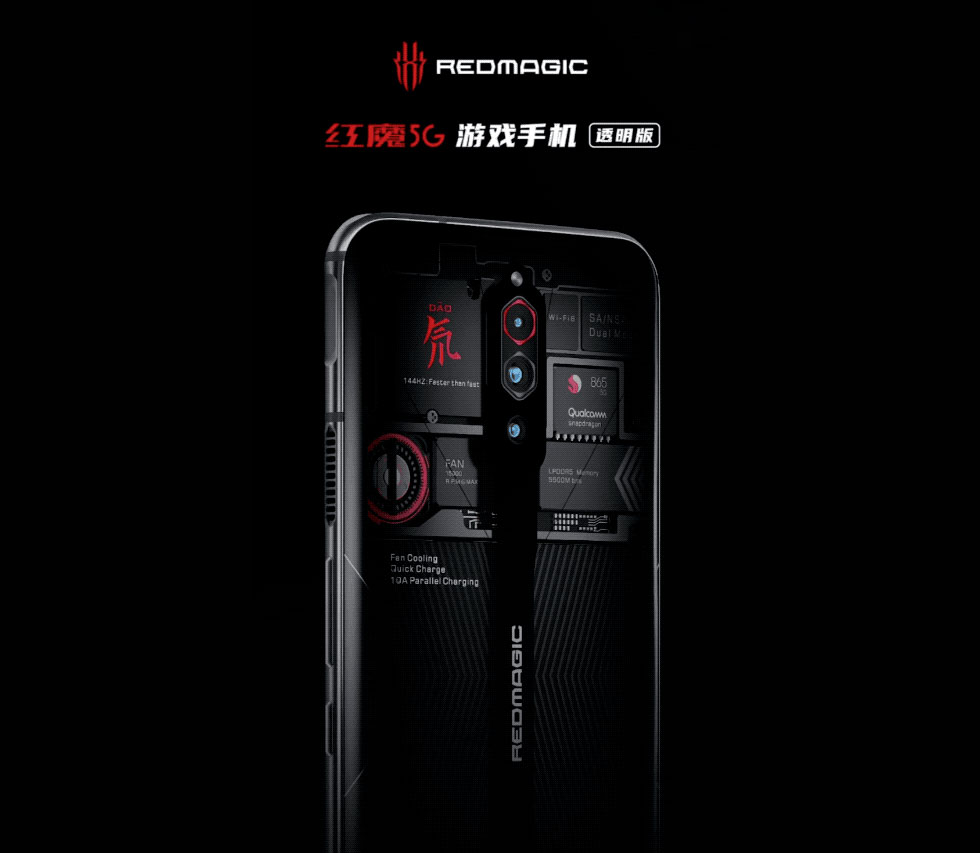