Xiaomi Mi 10 Ultra (M2007J1SC) has been recently certified by TENAA and earlier today it appeared on an unboxing video, which helps us get an overall idea of the model's specifications.

The Xiaomi Mi 10 Ultra (M2007J1SC) is built around a 6.67-inch AMOLED display - the same parameters are offered by the Xiaomi Mi 10 Pro, however, Xiaomi has upped the refresh rate to 120Hz for the Ultra. The unit features an in-display fingerprint sensor, an ultrasonic proximity sensor, and an under-display ambient light sensor. The camera department is still a mystery as there are no indications whether it is upgraded compared to the Mi 10 Pro or not. The leaked photos unveil that there are four cameras on the back. Three are formed in a separate module with a triple LED flash, while the fourth one has a design of its own and an inscription that it offers up to 120x zoom. The photo suggests a focal length from 12 to 120 mm and an ASPH type of optics meaning it uses a non-spherical lens inside. 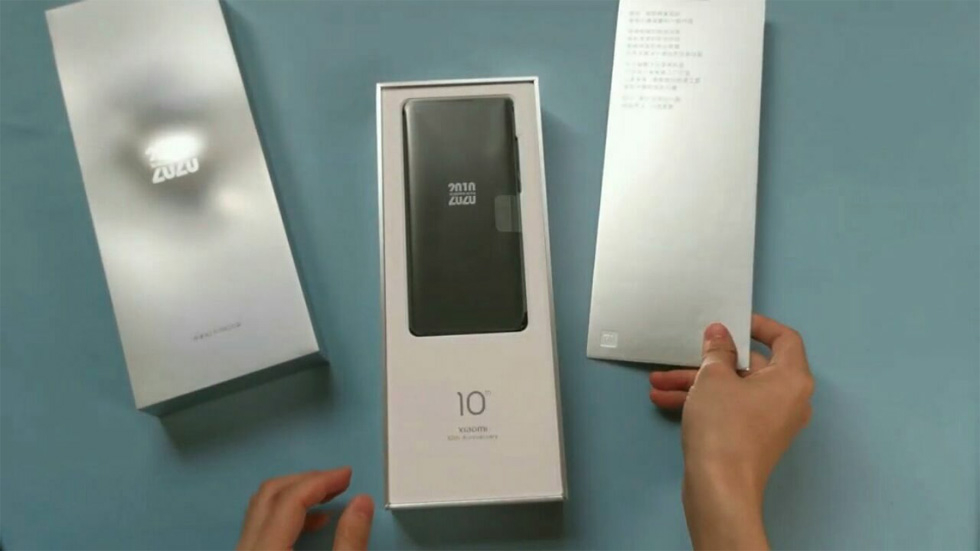 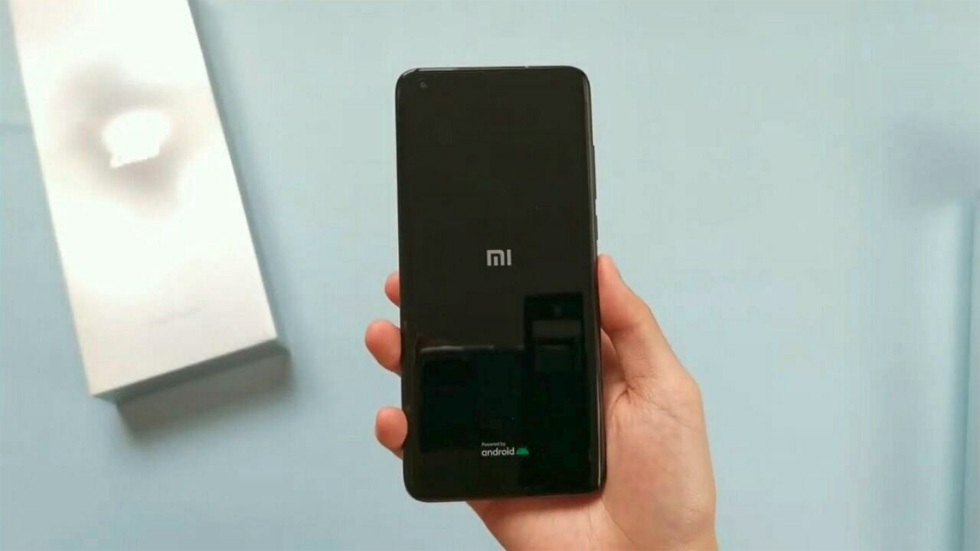 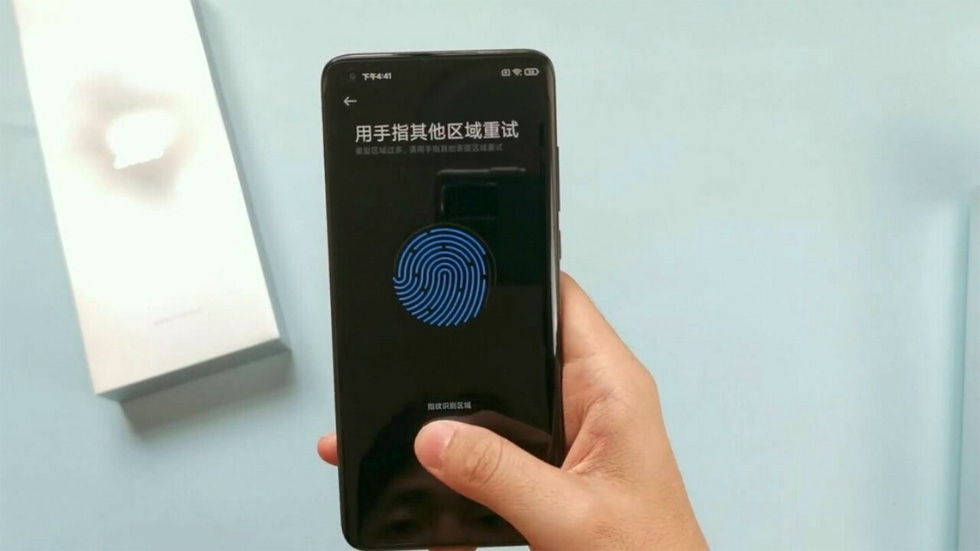 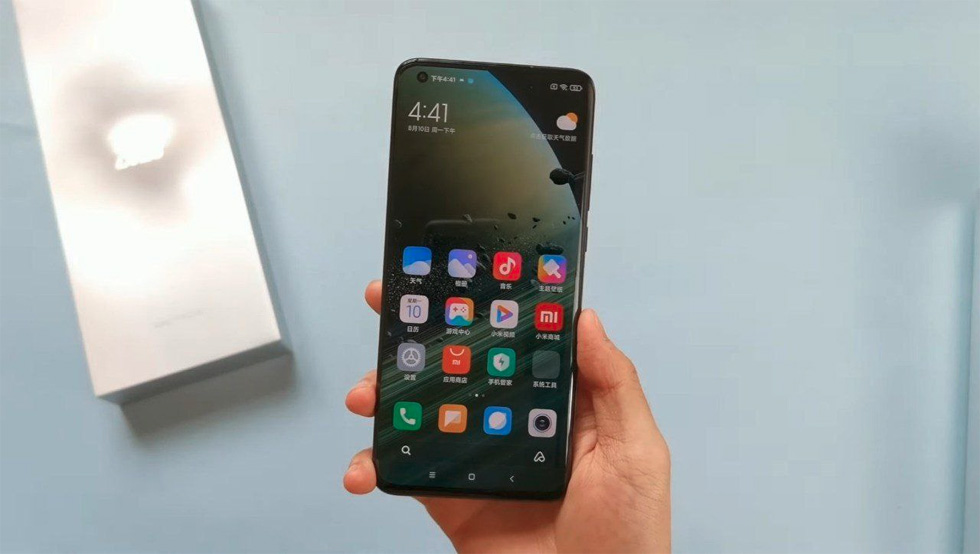 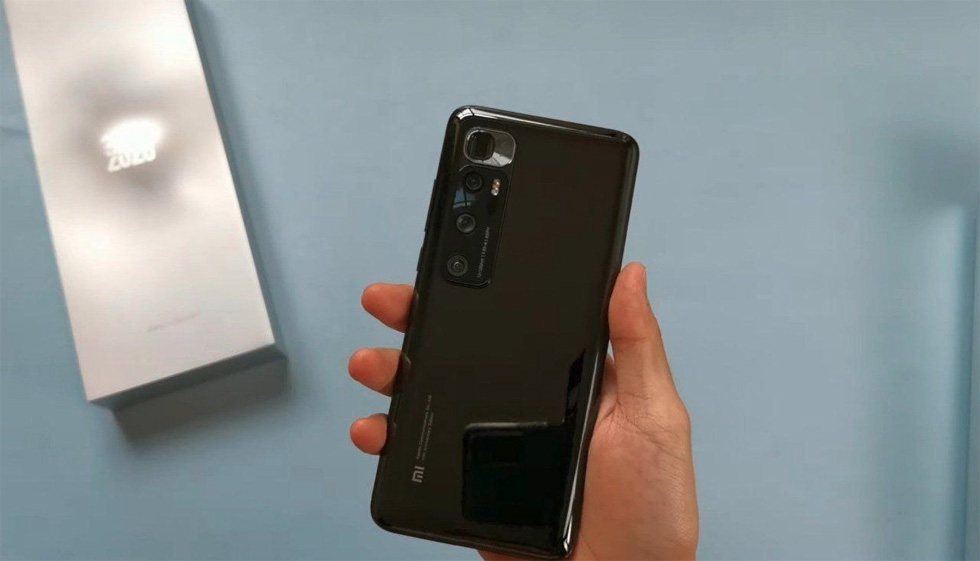 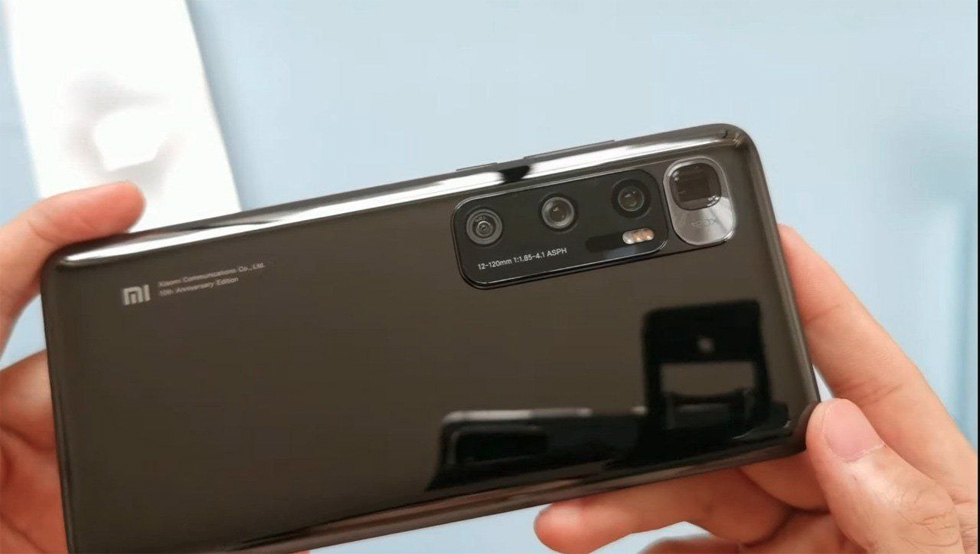 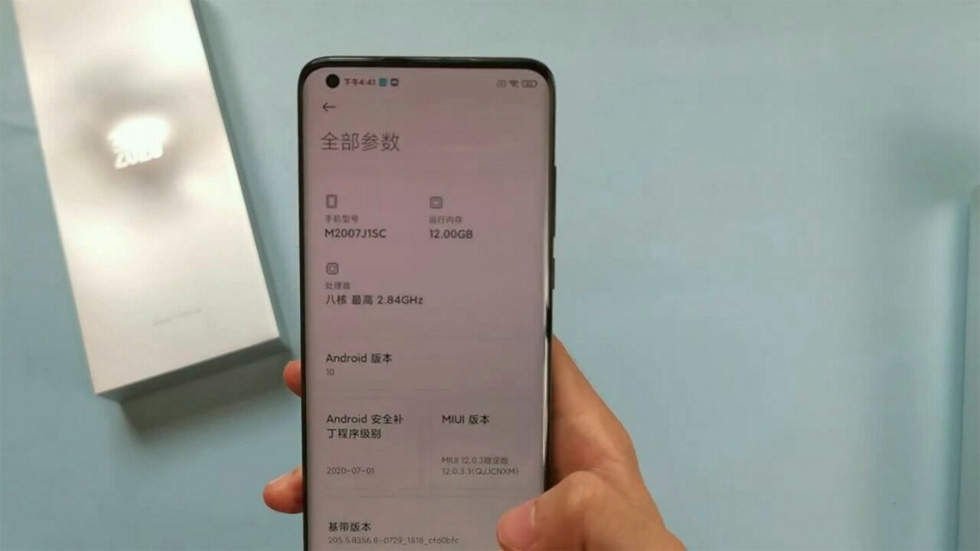 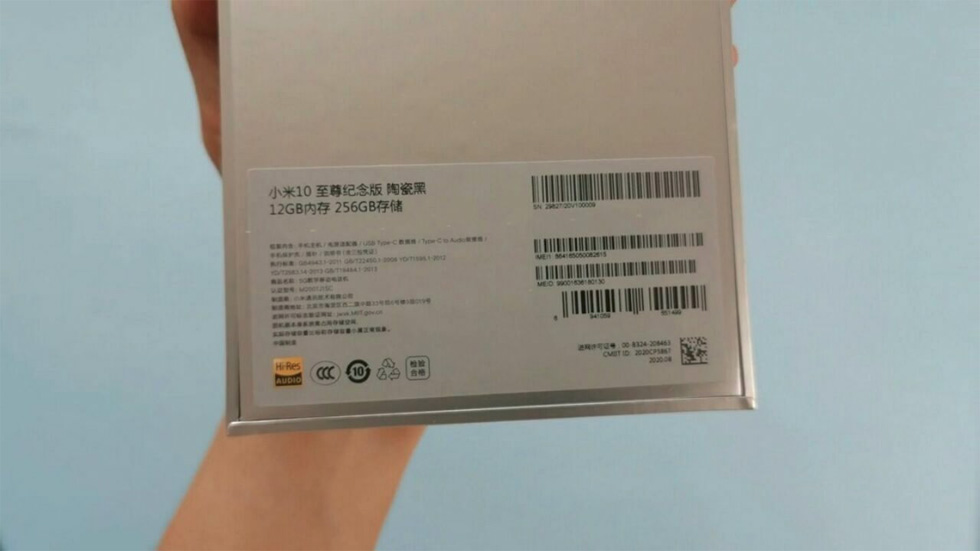 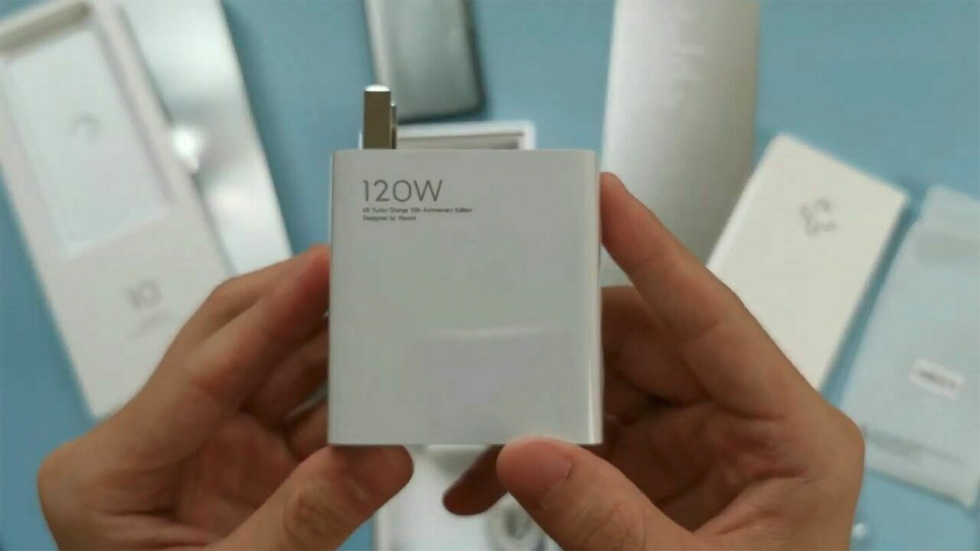 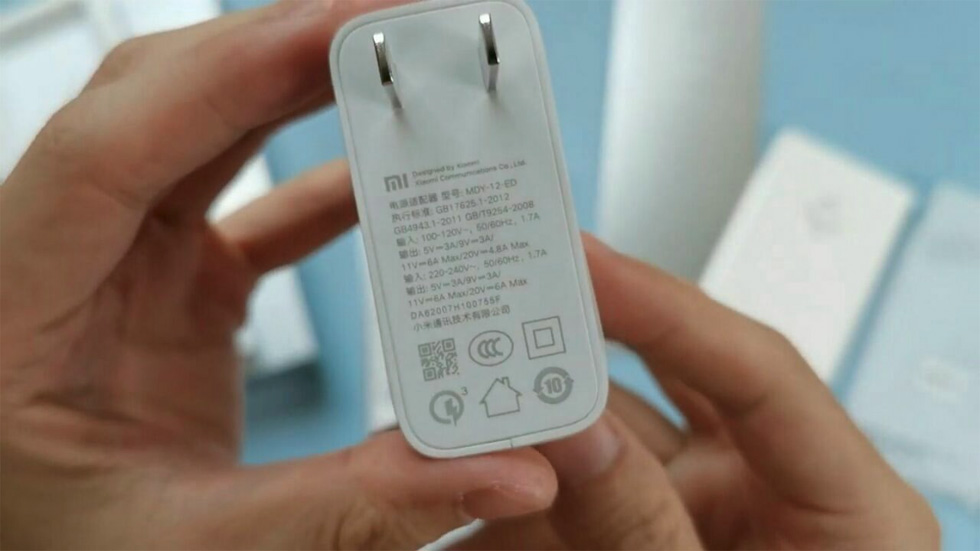 The team at Let's Go Digital have dug out a Xiaomi patent for a smartphone with two pop-up cameras. To be exact, each pop-up mechanism has two shooters - one front and one rear, so there are two cameras for selfies and two cameras on the back - a total of four shooters. The screen is unhindered and has very thin bezels, while the LED flash on the back is integrated close to the top frame and is the only element on...

Xiaomi has announced that it will commence mass-producing smartphones with 3rd generation under-display camera in 2021. The first generation has never left the lab grounds and the second has been introduced to the public. In the third generation, Xiaomi has greatly improved the full-screen effect through self-developed pixel arrangement, and through the optimization of the camera algorithm, allowing it to show the...

Xiaomi launches the Redmi 9 and Redmi 9 Prime for India

Xiaomi has launched the Redmi 9 IN and the Redmi 9 Prime for India. But don't allow the names to mislead you. What was known so far as the Redmi 9 equals to the Redmi 9 Prime in India. Only the body colors are changed to four new ones - Matte Black, Mint Green, Space Blue, Sunrise Flare. All the rest is the same, including the Helio G80 chipset, etc. The price of the Redmi 9 Prime starts at INR 9,999. The Redmi 9...

Xiaomi Mi 10T and Xiaomi Mi 10T Pro with code names Apollo and Apollo Pro have already leaked earlier in press renders. Now, a Weibo user has shared real photos of one of the model dubbed M2007J3SG, which is most probably the Xiaomi Mi 10T Pro. The smartphone will be based on a Snapdragon 865 Plus chipset, will be powered by a 5000 mAh battery, and will have a 144Hz display. The quad-camera module on the back is...

The Xiaomi Mi 10 Ultra is using an OmniVIsion OV48C sensor for its main 48MP camera. This model is deemed as one of the best 48MP sensors out there. It has a 1/1.32-inch optical format and a large 1.2-micron pixel size to enable high resolution and excellent low light performance for flagship smartphone cameras. It the first image sensor for high-resolution mobile cameras with on-chip dual conversion gain HDR, which...

Xiaomi has just announced the Xiaomi Mi 10 Ultra. The biggest mystery about the smartphone was its camera department. Xiaomi said that the Ultra is equipped with a 48MP periscope telephoto camera for up to 120x digital zoom and 5x optical zoom. It supports optical, digital, and AI triple stabilization plus, it has a "telephoto viewfinder" feature. This camera sits next to a 48MP main one with a customized 1/1.32"...

Weibo user @DigitalChatStation says that the upcoming Xiaomi Mi 10 Pro won't have a 108MP main camera. However, this does not remove the possibility of using a 108MP for another shooter in the quad-camera setup. The main camera will have a 48MP sensor. It will purportedly be joined by a 48MP ultra-telephoto shooter, 12MP zoom camera. The 108MP shooter could be the ultra-wide one. The Xiaomi Mi 10 Pro is also rumored...

Our in-depth Redmi Note 9 review is up

Our Redmi Note 9 full review is now ready. As usual, we provide you with detailed information about every aspect of the smartphone, including various measurements, tests, lots of photos, graphs, comparison tables, and screenshots. If you want to acquaint yourself with this smartphone in detail, here are the separate pages from our in-depth review: Redmi Note 9 specifications and unboxing Redmi Note 9 design Redmi...