At Computex 2019, MediaTek unveiled its first 5G SoC. It is named MediaTek 5G SoC and has an integrated 5G Helio M70 modem with multi-mode support, meaning it supports 2G, 3G, and 4G as well - no need to have two modems. The modem supports downloads up to 4.7Gbps and uploads up to 2.7Gbps plus sub-6Ghz frequencies. According to MediaTek, the latter will have a wider adoption around the world, compared to mmWave frequencies.

The chipset will be built on the latest 7nm process and will employ the latest top Arm solutions, namely, the Cortex-A77 CPU and Mali-G77 GPU, which were announced a couple of days ago. As long as it concerns image processing, MediaTek 5G SoC will arrive with the AI Processing Unit 3.0 which brings improved auto exposure and white balance, beautification, real-time autofocus, etc. The chipset supports up to 80MP camera sensors and 4K video encoding and decoding at 60fps. 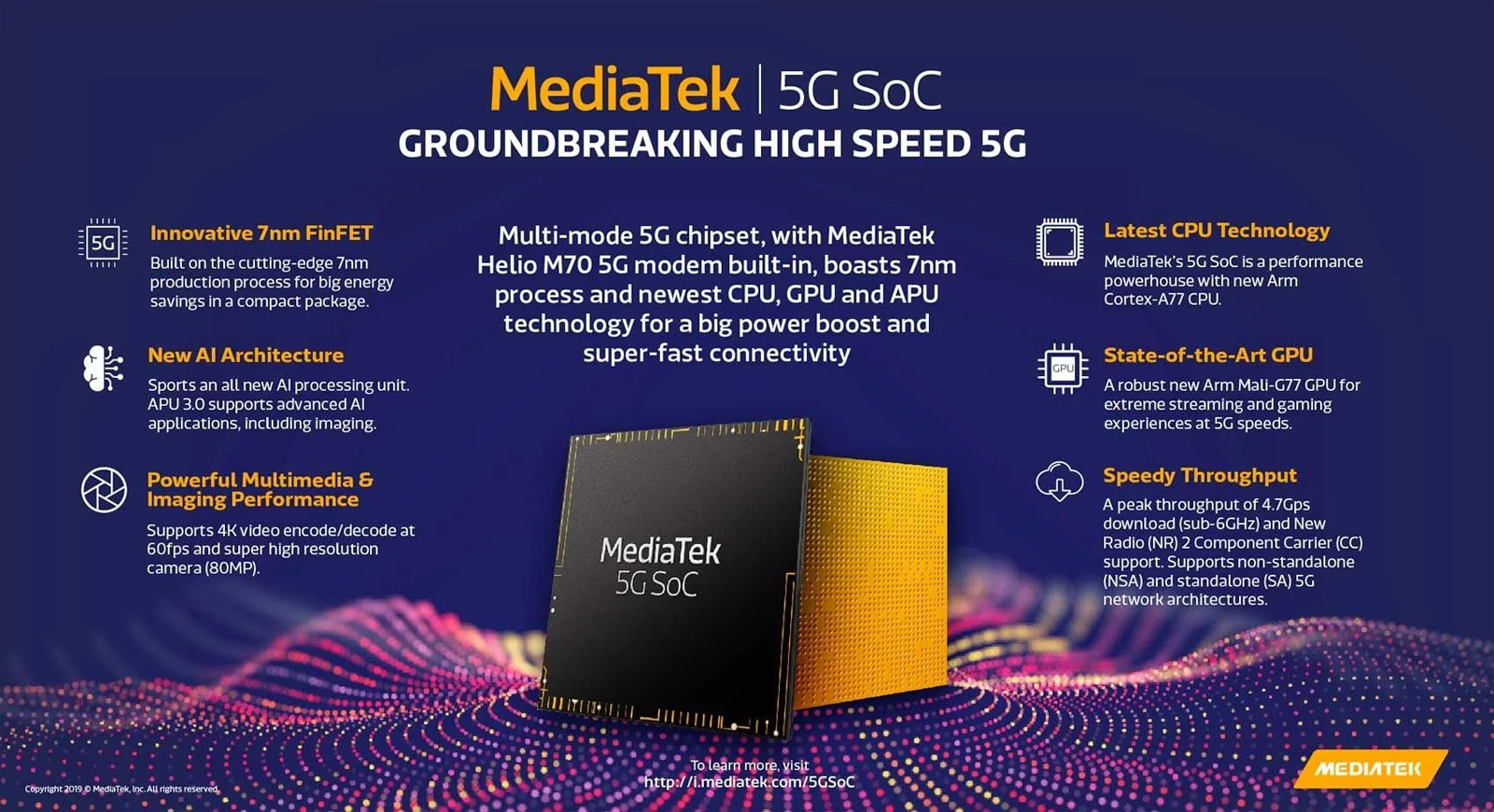 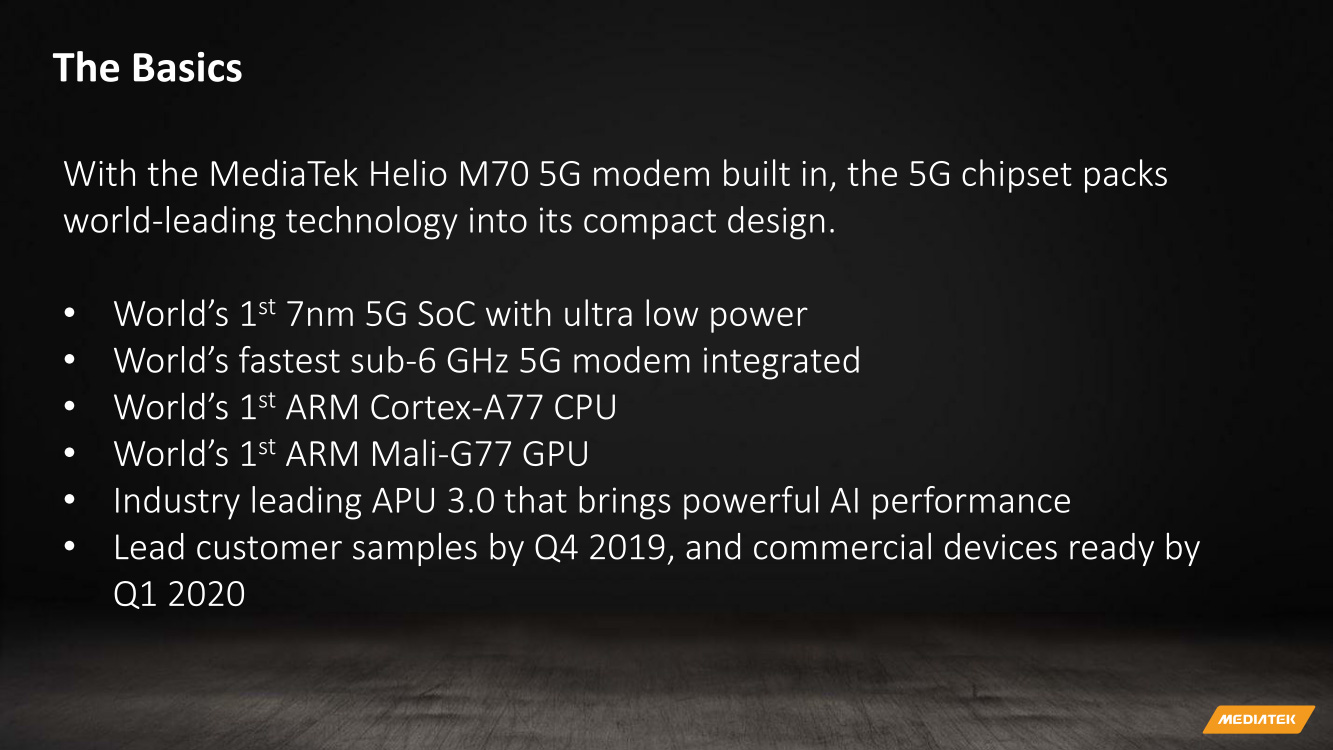 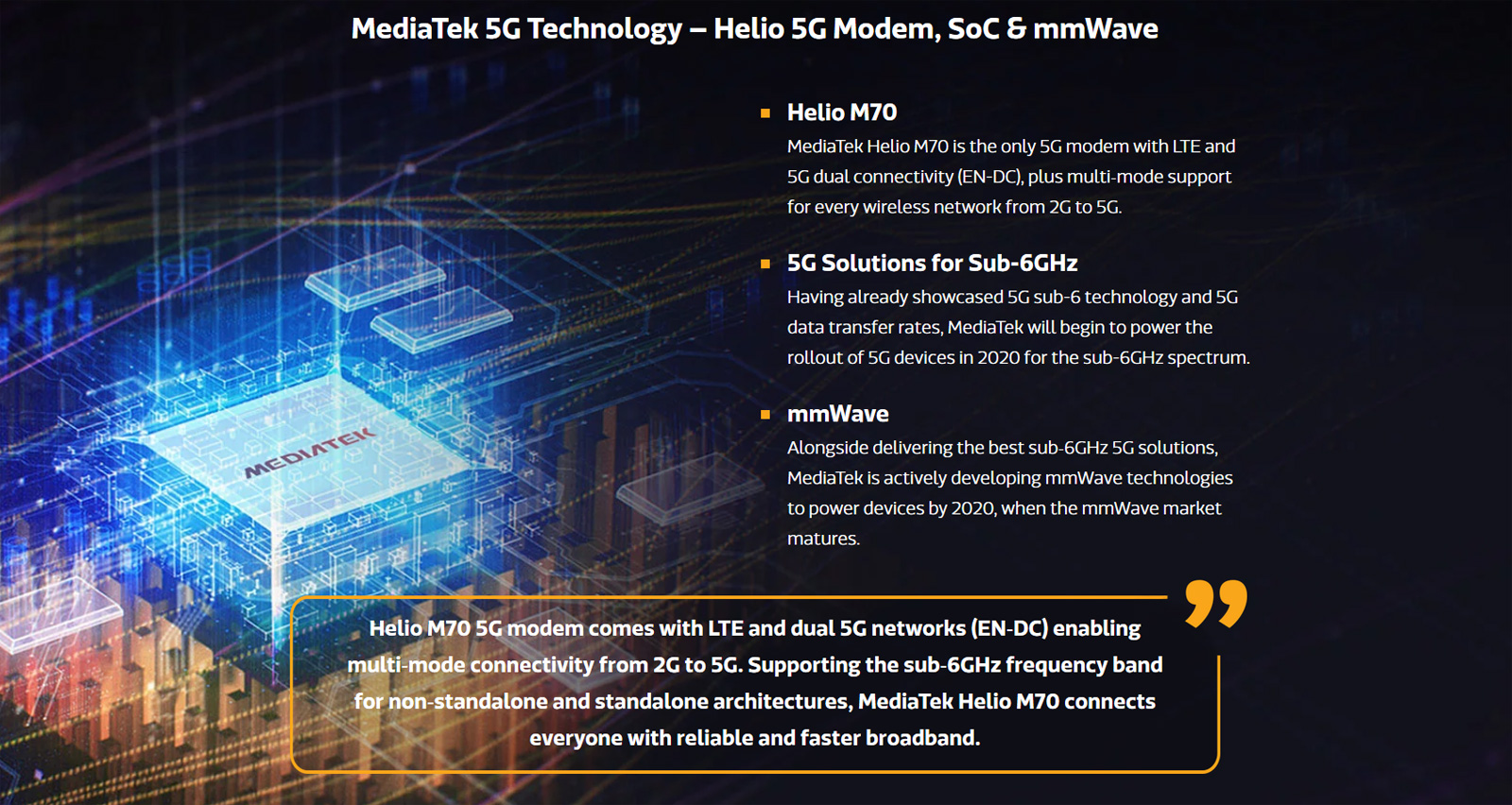