The F150 is a new smartphone brand that debuts with the rugged F150 B2021. The first sale of the device is on as of today with 45% discount. You can get the device for USD 100 instead of USD 200. The body and separate design elements have octagonal shapes, including the camera module on the back that houses four cameras with for LED lights. The body is available in Sahara Yellow and Blac colors. There's a dedicated F150 key that switches between outdoor and normal mode at any time. The Normal mode contains everything you want in a smartphone. The Outdoor mode changes the UI including a toolbag and other useful apps for outdoor use.

The F150 B2021 is equipped with an 8000 mAh battery with 18W fast charging supportand a 5.86-inch IPS display with an HD+ resolution (720 x 1520). Processing power is based on a MediaTek Helio G25 chipset with 6GB of RAM and 64GB of expandable storage. The camera department includes an 8MP front shooter and a 13MP main camera adjoined by two 2MP units and a VGA one. Two Nano-SIM card slots and a dedicated microSD card slot are provided as well. The model is IP68, IP69K, and MIL-STD-810G certified. NGC is supported as well. 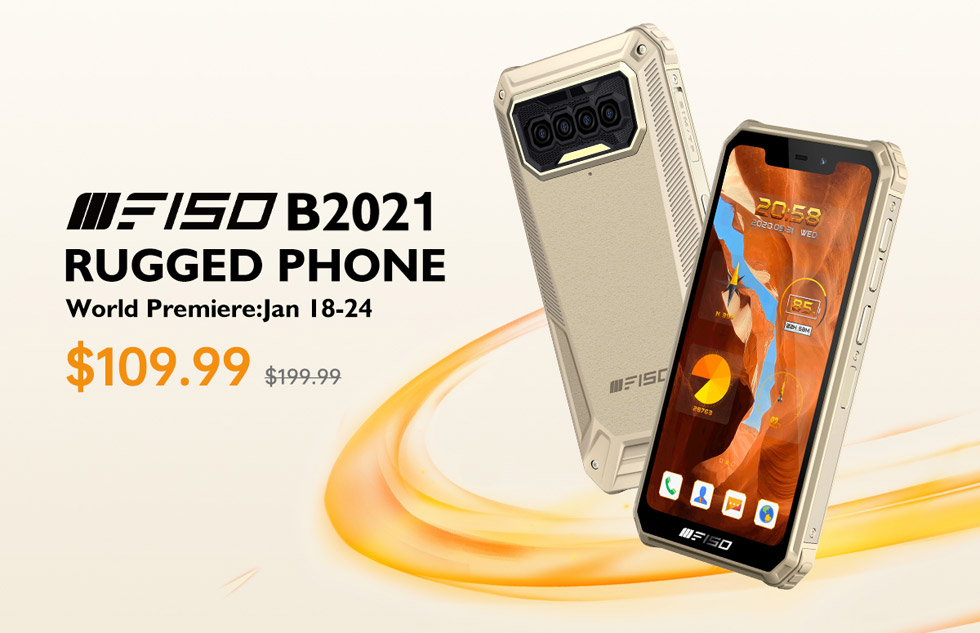